By Patrickpeace7 (self media writer) | 2 years ago

See what people are saying after Oshiomhole says "I Regret Nominating Obaseki As My Successor". 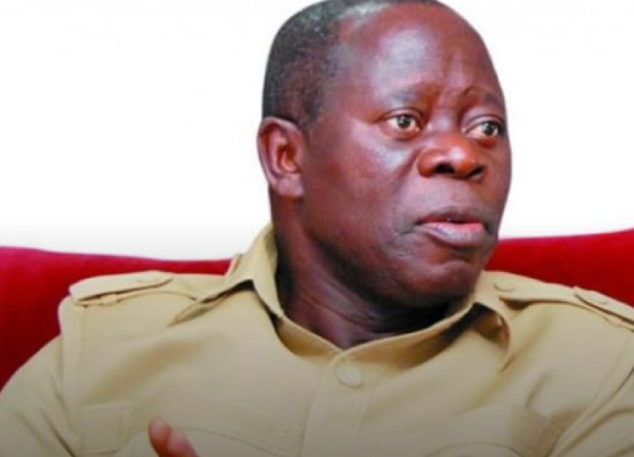 Comrade Adams Oshiomhole, the immediate past National Chairman of the All Progressives Congress, (APC), has stated that he regretted nominating Godwin Obaseki as his successor, adding that Obaseki and his deputy are the bad heads to the All Progressive Congress.

According to Sahara reporters on Monday morning, Oshiomhole stated this when he was addressing a crowd of party supporters who thronged his residence in Edo State.

Oshiomhole noted that Obaseki used obnoxious means, including the destruction of properties and unwarranted arrest of members, to destroy the party in the state.

"I plead with those who were persecuted by Obaseki to take it easy, that they shouldn't burn the house we all laboured to build because we want to smoke out the snake. Now, the snake has been smoked out of the house" oshiomhole added.

@Antonie naga says an ordinary tailor with no certificate that God showered grace to be governor that used his hands to destroy himself. Oshiomhole has no shame at all. He's just increasing the hatred people have for him.

@Aveigo says I think his regret should be his utterances, Oshiomole commited political suicide out of greed and stubbornness. You cannot call black white and expect the people of Edo State to ignorantly follow you. Content created and supplied by: Patrickpeace7 (via Opera News )