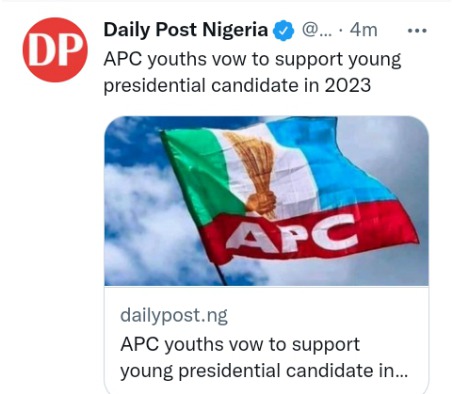 The youth wing of the All Progressives Congress (APC) in North West Nigeria, on Wednesday vowed to support any youth willing to contest as a presidential candidate in 2023.

APC youth leader in North West, Honourable Abubakar Sadiq Fakai speaking during a press briefing at the party’s Zonal Office in Kaduna on Wednesday, noted that statistics have shown that women and youths constitute about 70% of the 40 million APC registered members nationwide.

According to him, youths constituted about 55% of the party executives that emerged from the ward and local Government congress respectively. 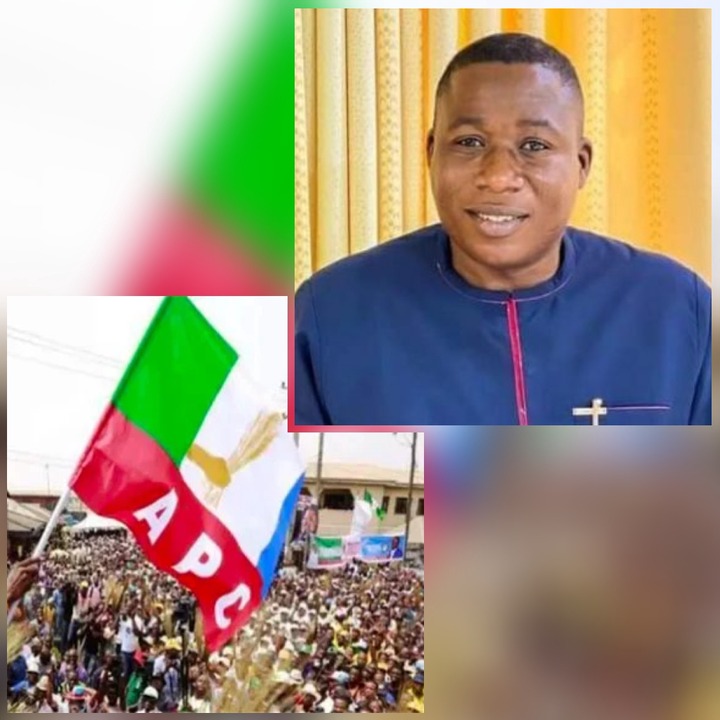 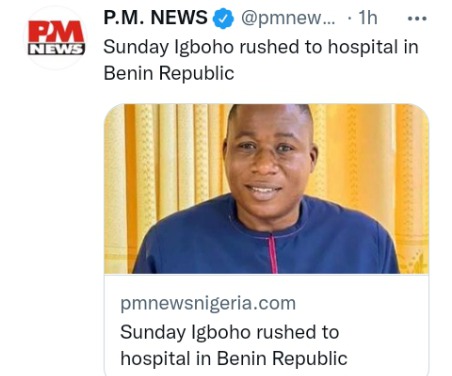 The Yoruba Nation agitator, Sunday Igboho is critically ill and has been rushed to a hospital in Benin Republic, his lawyer Yomi Alliyu said.

spoke in an interview with BBC Yoruba on Wednesday.

According to him, Igboho was not diagnosed with this sickness before he was arrested in Cotonou.

He said the situation was so critical that they had to rush him to the hospital. 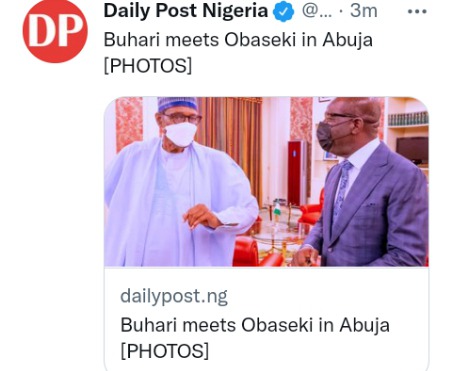 This was disclosed by Femi Adesina, the Special Adviser to the President on Media and Publicity, who shared photos from the meeting on his official Facebook page. 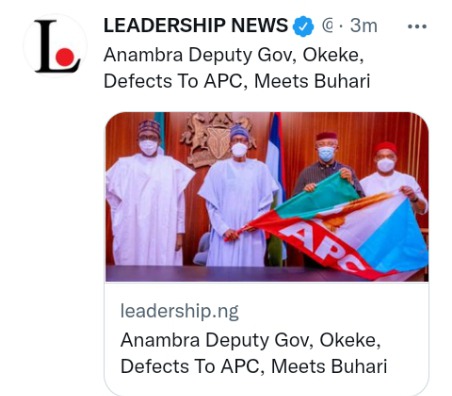 Barely tree weeks to the November 6, 2021 Anambra governorship election, the state’s Deputy Governor, Nkem Okeke, has formally defected to the ruling All Progressives Congress (APC) from the All Progressives Grand Alliance (APGA). 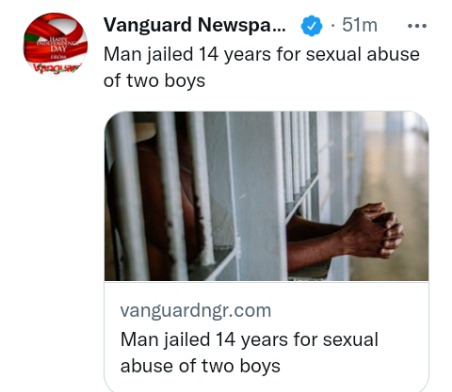 The police charged Edet with an act of gross indecency.

Delivering judgment virtually, the Chief Judge of Ogun, Justice Mosunmola Dipeolu, said that the offence contravened the provisions of Section 214 of the Criminal Code, Laws of Ogun, 2006.