Corruption is said to have eaten deep into Nigeria’s fabric and the several attempts to fight corruption have always been confronted with stiff resistance. The suspension of President Muhammdu Buhari’s face of the anti-corruption crusade, acting chairman of the Economic and Financial Crime Commission (EFCC), Ibrahim Magu, and his ‘Villa arrest,’ are pointers to this administration’s anti-corruption crusade. ABDULRAHMAN ZAKARIYAU. 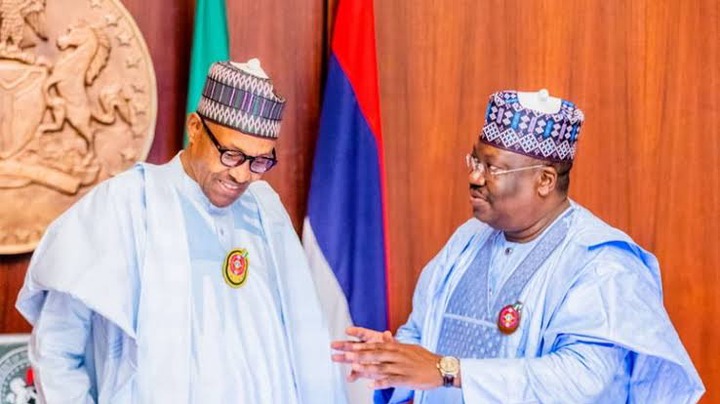 Arotile died on Tuesday, July 14, in Kaduna in a road accident.

The NAF director of public relations and information, Air Commodore Ibikunle Daramola, said Arotile would be buried on Thursday, July 23.

Magu was released on Wednesday, July 15, after spending 10 days in police custody.

The former EFCC boss is being tried for allegation of corruption levelled against him.

President of the Senate, Ahmad Lawan, has expressed National Assembly’s commitment to engaging Nigerians toward embracing Federal Government’s Back to Farm initiative. According to a statement by Mr Tope Ojeme, Head of Communication, National Agricultural Land Development Authority (NALDA), Lawan made this known when the organisation paid him a courtesy visit in Abuja. He said that the National Assembly would do everything within its powers to encourage constituents to take part in the laudable project, which would be driven by NALDA.

No fewer than 1,165 rice farmers have been empowered with farm inputs by the Ogun Government under its Anchor Borrowers’ Programme (ABP). Gov. Dapo Abiodun made this known during the flag-off of the 2020 wet season held on Thursday at the Ogun State Agro Service Corporation, Imowo, Ijebu Ode. The governor gave farmers an assurance The post Ogun government empowers 1,165 rice farmers with farm inputs appeared first on Voice of Nigeria.

Comedian Basketmouth has reacted to Bishop Oyedepo's statement about tithing.

The man of God said people who don't pay tithe are under a financial curse.

The comedian stated that the church now threatens people over tithe.