Former Nigerian presidential aide, Reno Omokri has once again spoken. This time around, the outspoken Nigerian activist took to one of his social media pages and gave his own opinion regarding the presence of tight security around Nnamdi Kanu during his trial today and, there was none on ground to repel the attack on a Kaduna-Abuja bound train yesterday. You may recall that in the early hours of Thursday, a moving train was attacked by armed bandits along Abuja-Kaduna railway. Though no lives have been reported lost, many Nigerians including Reno Omokri have condemned the attack. 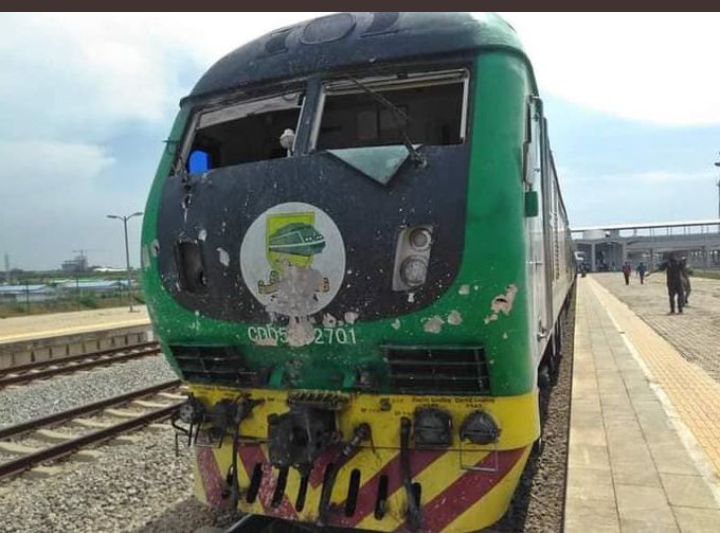 While reacting to the attack, Reno Omokri wrote; just look at the army of armed men that followed Nnamdi Kanu to court. Meanwhile there was nobody to guard the Abuja-Kaduna bound train that got bombed and shot at. Yet, Kanu and IPOB are the terrorists, while the presidency say bandits are ordinary criminals" he added. 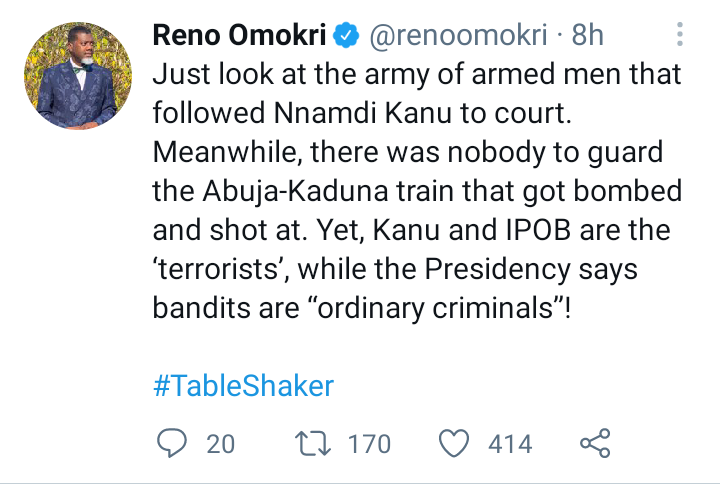 Though many may beg to differ, Reno Omokri is right to some extent. The activities of IPOB remains outlawed and to my best of knowledge, they deserve to be. The only issue I stand to agree with Reno on is the fact that it is wrong for the federal government not to have declared these group of bandits as Terrorists. They have killed more than the Boko Haram insurgents in the last few months and their attacks are detrimental to National Security and growth. 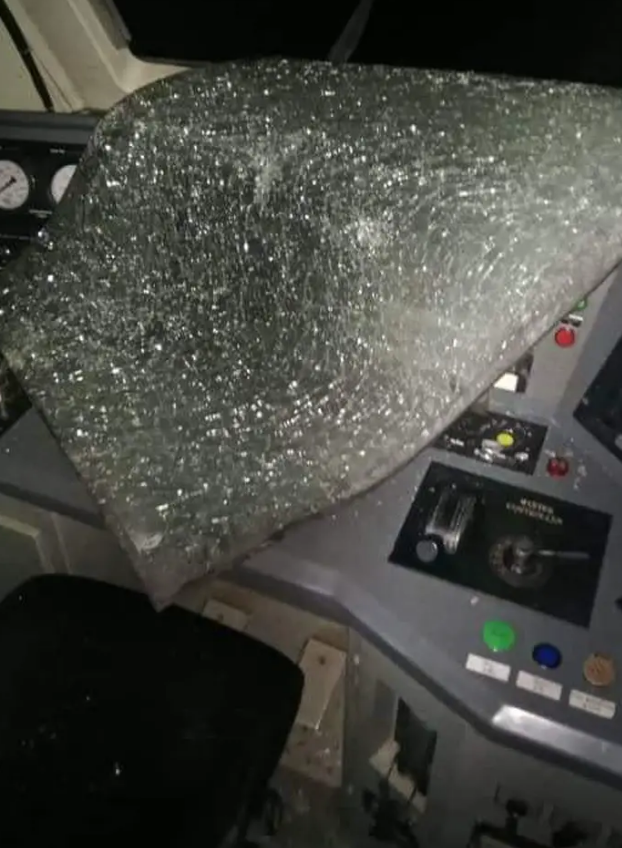 The train which was attacked by these bandits is the only accessible safe means of transportation for the poor and less privileged who can not afford air flight.

I want to use this medium to call on the federal government to tighten security around our railways most especially those in states plagued by acts of banditry. To be forewarned is to be forearmed.