By Ricbain | self meida writer
Published 7 months ago - 2108 views 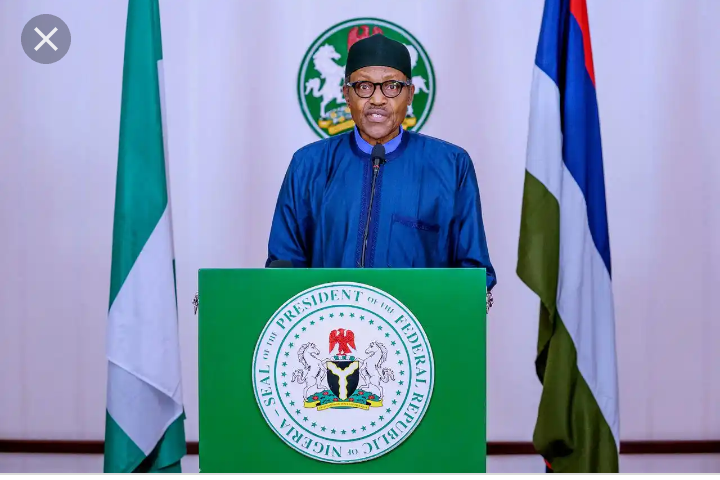 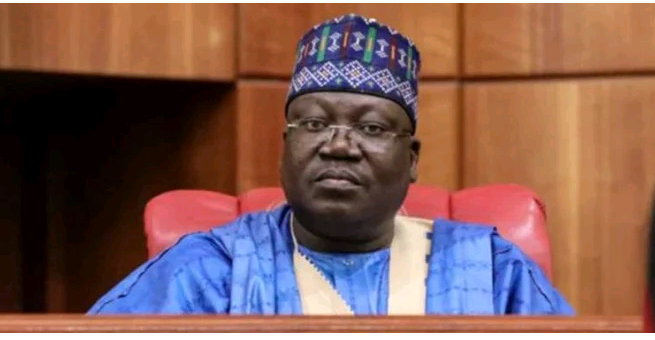 awan, in a statement by his Special Adviser (Media), Ola Awoniyi, said the media report about the said ambition must have “emanated from the sort of practice that drags the noble profession of journalism to the gutters as it only dresses up the lazy fantasy of its unimaginative authors as a fact.”

He said: “The report apparently has its source in beer parlour gossips and should be treated with the contempt which it and those who concocted it deserves.

“It is true that the Senate President was involved in the consultations that President Muhammadu Buhari held prior to the last emergency meeting of the National Executive Committee of the ruling All Progressives Congress(APC).

“But there was nothing extra-ordinary in his involvement in such consultations, given his status as holder of one of the highest political offices in Nigeria and on the platform of the APC. Such is required of any concerned member of the party.

“It is therefore sheer mischief for anyone to read ulterior motives to the Senate President joining hands with the President and other leaders in resolving misunderstanding in their own party.

“We will like to stress that the Senate President’s preoccupation is with advancing the agenda of the Ninth National Assembly to focus governance on the pursuit of the best interests of the Nigerian people and to support President Buhari in delivering his promises to Nigerians.

“The Senate President does not suffer such needless distractions as imputed by the false report under reference.

“He believes that it is premature for anybody to be talking now about 2023 when all hands should be on deck against the myriad of challenges that faces our nation in this period.

“We advise the idle pseudo-journalists to look for other engagements and stop bastardising this noble profession. 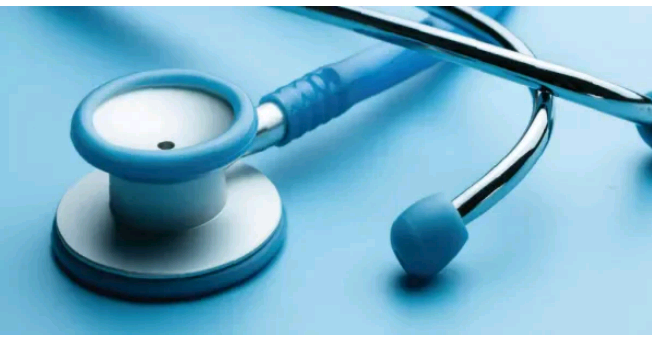 Health workers under the umbrella of Joint Health Sector Unions, JOHESU, Today said that lack of budgetary provision to fund salary adjustment for members is a ticking time bomb that could detonate soon.

National Chairman of JOHESU, Joy Josiah Biobelemoye, made the threat in Abuja when the union played host to the Chairman, House of Representatives Committee on Health Care Services, Hon. Yusuf Tanko, at the union’s headquarters, Abuja.

Biobelemoye, who spoke with journalists after the visit, said he was optimistic that the lawmakers would intervene in the plight facing the health workers who are on the frontline in containing the ravaging Coronavirus pandemic.

He said: “The Ninth Assembly is focused on ensuring there is constructive engagement between the legislature and the health care service providers, including other stakeholders so that there would be harmony.

“The principle thing is that what they are focusing on is to ensure there is harmony within the health system so that patients and common Nigerians can reap from a good public health system.

“We are doing so much and our people are showing so much understanding within this period of COVID-19, but you can’t expect people to be patient all through forever.

“Another time bomb is our withheld salaries of April, May 2018 in FMC Owerri, LUTH, JUTH and other places. If you look at the issues in FMC Owerri, the government invited us to blow whistles to support corruption fight, we went into it, as we speak over 700 of our members have been denied salaries for months.

“Although, there is a glimmer of hope which we have also told our people. In the last meeting of 8th June in the office of the Minister of Labour, he pointedly made it clear that government has decided to reconsider that they will be paying all withheld salaries after the COVID-19 issues. He said that it is not for JOHESU members only even for doctors that their salaries are withheld that all will be paid soon.

“We are appealing through this medium that the executive should quickly look into these matters because they are ticking time bombs, they should not allow them to detonated before they come to rescue because any detonated bomb does not have a positive result, it is always negative. 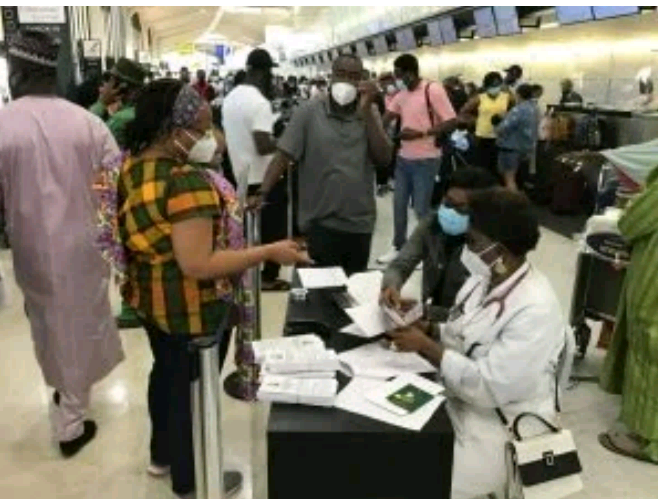 324 Nigerians evacuated from the United States of America (USA) are to arrive in the country today (Saturday).

According to the Ministry of Foreign Affairs, the evacuation flight which is the third from the USA will arrive at about 15.35hours.

The flight which departed at 23:27hours on Friday from Newark New Jersey has on board 121 Males, 173 females and 30 infants.

Also, arrangements have been concluded for two more evacuation flights in July from the USA to Abuja and Lagos , on 28th and 31st respectively, the ministry further announced.

“Meanwhile, arrangements are also concluded for two more evacuation flights in July from the USA to Abuja and Lagos , on 28th and 31st respectively,” the ministry stated.

The Presidential Taskforce on Covid-19 has set July ending date for the completion of over 4000 Nigerians stranded in various countries across the world following the global lockdown occassioned by the Covid-19 pandemic.

Already, over 3000 have been evacuated in the process that commenced in May, 2020.

Kaduna State has directed its civil servants to report to work on Monday, July 20 after working remotely for over three months at home following invocation of the Quarantine Act and Kaduna State Public Health Law, which quarantined all residents on March 26.

A circular by office of the Head of Service, stated different category of workers will work on different days of the week from 9am to 3pm.

The circular also noted, in an effort to contain the spread of COVID-19, visitors will be restricted from offices, adding the order will be ‘’enforced by assigning staff officers to identify their staff at the entrance gate from 8.30 am to 9.30 am.’’

Jere pointed out that COVID-19 prevention protocols would be strictly complied with by all Ministries, Departments and Agencies (MDAs) as well as all arms of government.

The COVID-19 protocols include social distancing at work places, subjecting all workers to daily temperature checks at the entrance of the MDAs, observing respiratory hygiene and hand washing among others.

5. Lalong’s CoS tests negative for COVID-19 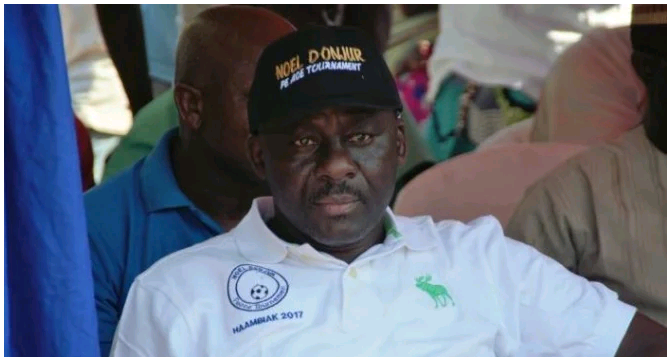 The Chief of Staff to the Governor of Plateau state, Noel Donjur has tested negative for COVID-19.

Hon. Donjur had tested positive for the virus few weeks ago which led him to go into isolation for treatment.

The Commissioner of Information and communication, Dan Manjang in statement, said, “this cheering news which was broken in today (Saturday) by the Hon. Commissioner of Health, Dr. Nimkong Ndam Lar, said Hon. Donjur was asymptomatic.”

According to him, “the government of Plateau State hereby wishes the Chief of Staff sustainable good health and gives God the glory for showing him great mercy.

He added; “I want to use this medium to appeal to the public to avail themselves for the test. They should exploit government benevolence of taking over the bills and treatment of those whose test has turned positive.”

Manjang explained that, “government frowned at those stigmatizing persons that have been infected and warned that they should desist from such act. Rather we should be our brothers’ keepers by standing by them under thick and thin.

birthday message for boss federal poly ilaro how much is infinix note 6 how to make akara olamide woske download
Opera News is a free to use platform and the views and opinions expressed herein are solely those of the author and do not represent, reflect or express the views of Opera News. Any/all written content and images displayed are provided by the blogger/author, appear herein as submitted by the blogger/author and are unedited by Opera News. Opera News does not consent to nor does it condone the posting of any content that violates the rights (including the copyrights) of any third party, nor content that may malign, inter alia, any religion, ethnic group, organization, gender, company, or individual. Opera News furthermore does not condone the use of our platform for the purposes encouraging/endorsing hate speech, violation of human rights and/or utterances of a defamatory nature. If the content contained herein violates any of your rights, including those of copyright, and/or violates any the above mentioned factors, you are requested to immediately notify us using via the following email address operanews-external(at)opera.com and/or report the article using the available reporting functionality built into our Platform

Opinion: See What Federal Government Needs To Do To Stop Kidnapping Of Students In Nigeria. 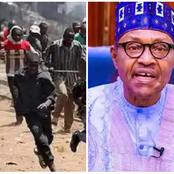 Opinion: 2 Things The Northerners May Suffer, If They Keep Blocking Roads 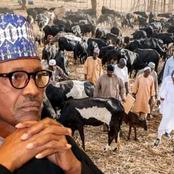 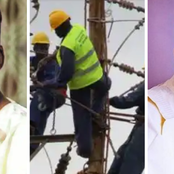 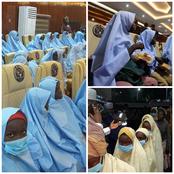 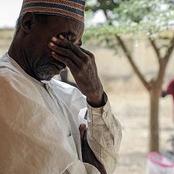 Insecurity: Buhari Has Done Everything Possible To Ensure Safe Schools In The Country- Sirika(Photo) 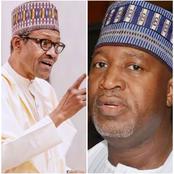 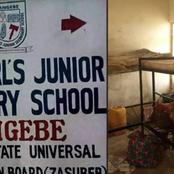 After the release of the Zamfara students, see what president Buhari said about the Kidnappers. 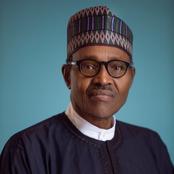 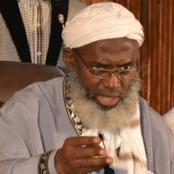 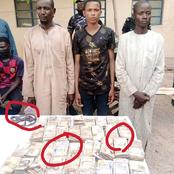