Three Truths the Religion Leaders Fail to tell us 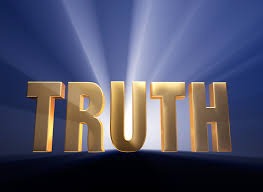 Unfortunately, the state of Christianity in the world, especially in Africa, is disheartening, saddened, and devastating. The operations of our so-called churches are evidence that our so-called General Overseers, Bishops, Pastors, etc., have replaced themselves in the position of God, where rather than members serving and hallowing God, the clerics have become semi-god that the people served. Many so-called men of God are full of lies, deceits, selfish, and the love of God is not in them at all.

The so-called men of God in a bit to achieve the desires of their hearts had failed to open the eyes of their members to certain truths about God and His eternal purpose for humanity. For instance, some years back, a well-known pastor announced that anyone who does not pay his or her tithe would not make heaven. Again, Last week, another popular pastor said anyone who does not pay his or her tithe is under the curse of God. These are glaring lies and deceits of the highest order. Until we realize the original intent of God, that is when we can truly understand His person and how He works in the life of man. All in the claim to sabotage people of their incomes, the so-called clerics have refused to tell us these truths about God:

Firstly, becoming rich or wealth or wretched is not a piece of evidence that you know God: Truly, God gives wealth to people, but the secret of wealth or wealthy is based on principles and not on the basis that a man knows God. Any man (religious or non-religious) who adhere to him or herself to the principles would become wealthy. For instance, give N1,000,000 to a person who is not business inclined; you will discover that he or she will not be able to account for the money in a few weeks or months. But give N100,000 to an inclined business person, in a few weeks or months, he or she would generate thousands if not millions of naira from the capital. Also, if one becomes poor or wretched, it doesn't mean that it is his fate with God. It might be he has not discovered something unique in his life that can change his fortune to better. Do not be deceive.

More so, the proof of our happiness is in helping others but not in the desire to have more or claiming by a declaration: This error of claiming and receiving has been for long. Unfortunately, instead of sharing with others, it aids being self-centered, selfish, and helps to breed lack of love. The faith of claiming and receiving has blindfolded us to the extent that we have our way to acquire so many things, but acclaim it is God. This is a deceit of the highest order. It is when God uses us to bless others; that is what aids our happiness but not in the desire to acquire more.

Finally, paying of the tithe or first fruits or offering shows that one will become wealthy or affluent and not paying will make you miserable or wretched: Tithe is just one of the command of God in the Old Testament, which after the death and resurrection of Christ, has been abolished. The life in the New Testament is about shared-life in which each shares his wealth and not contributing it to the so-called men of God. If indeed, paying of the tithe is the evidence that God will bless us, definitely all Christians who pay tithe should be blessed by now. Unfortunately, it is not so. The love of God is without measure and transcend that until we give to God, that is when He will bless us back. It is untrue.