By iamlarryonoja (self meida writer) | 26 days 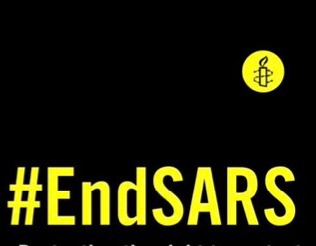 Rinu Oduala popularly know as SAVVYRINU on Twitter replied to a critic Ovie who is also a popular Twitter influencer who accused her of having hatred for Muslims in Lagos and the Islamic religion.

He also accused her of starting the trend about Isa Pantami, the Federal Minister of Communications being linked to Boko Haram and hating on Muslim girls during the Hijab crisis. 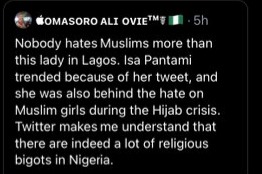 The member of the EndSARS Judicial panel hit back at him and spoke at length about her Islamic background and how she didn't have any grudge against Muslims and Islam. She claimed to have practiced Islam for over 17 years, coming from a Muslim home where her grandfather was a former Chief Imam of the Apapa Central Mosque in Lagos.

The provocation led to opinions from Nigerians. Some sided with her saying she gets a lot of hate from people on social media for her height and being an activist. While others claimed all she does is fake and she shouldn't consider herself a patriot and also accused her of instigating the burning down of various properties and infrastructure in Lagos after the EndSARS protest. 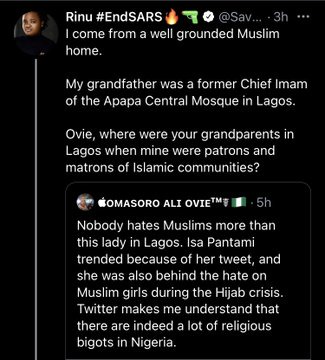 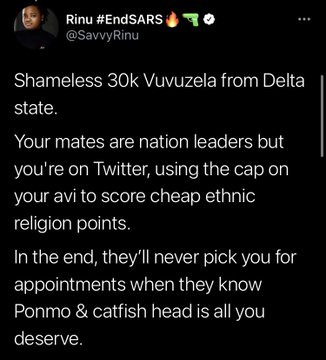 Content created and supplied by: iamlarryonoja (via Opera News )