By ReignJerry (self meida writer) | 24 days

There is speculations going around that the comedian, Ada Jesus is currently ill and down with stroke after she was cursed by those she once abused while she was hale and hearty. This even made her family members to take her to a popular spiritualist in Asaba, Delta State so that he can cancel the curse he laid on her after she called him a fake and powerless man. The lady who also abused the controversial Pastor, Odumeje also went to his church for prayers and cleansing, but we learnt that he initially refused to pray for her and forgive her, but later changed his mind.

As a man who thinks very fast, I was wondering if her health issues are due to spiritual problem and after what a Humanitarian who took her to the hospital spoke about her health issue, I was almost convinced that her case is more of Medical than spiritual. 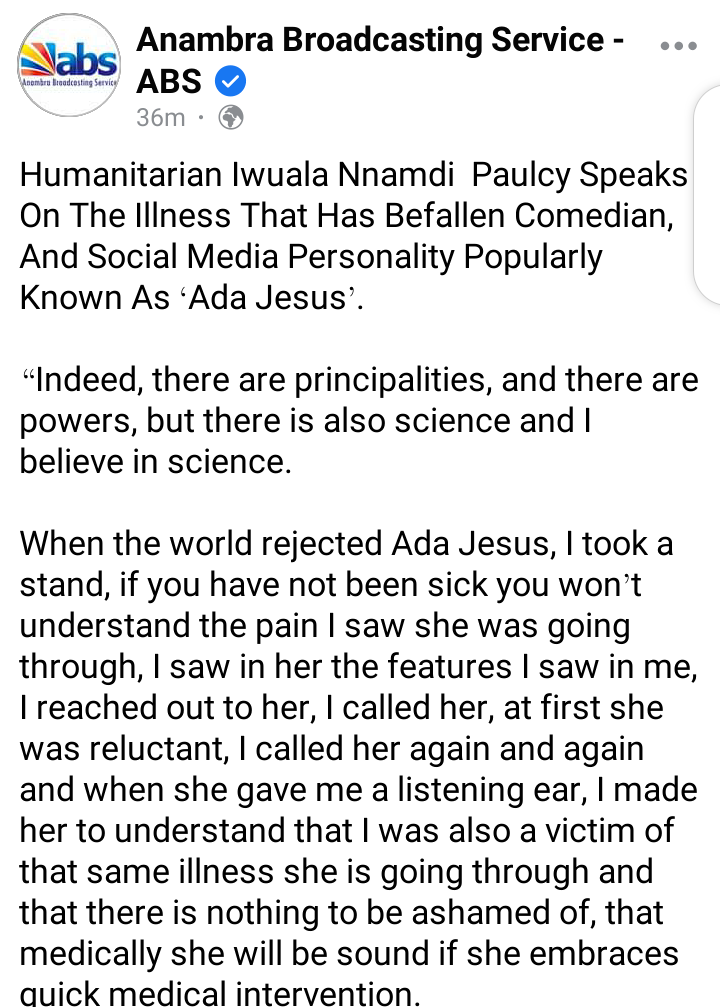 What did Iwuala Nnamdi Paul said about her health issue?

The humanitarian who was touched seeing Ada Jesus in her current state said he stood with her when the world turned their back on her by saying she is responsible for her predicament. He said he felt for her when he saw her and put a call through, at first she ignored him and when she finally answered him, he told her that he once passed through the same illness she is currently battling with. He told her not to let shame swallow her and urged her to quickly seek medical attention so she can get well in no distant time.

Mr Iwuala Nnamdi traveled down to Onitsha after she sent him her address and on getting to Onitsha, he went straight to the hospital where she was admitted. He said the hospital was empty and silent as a 'Graveyard' and from all indications, Ada Jesus was the only one admitted at the hospital. He went close to her and discovered that she had a bloated face, swollen feet and her entire body was itching her. Quickly, he check her test result and found out that her kidney was failing her from the result. 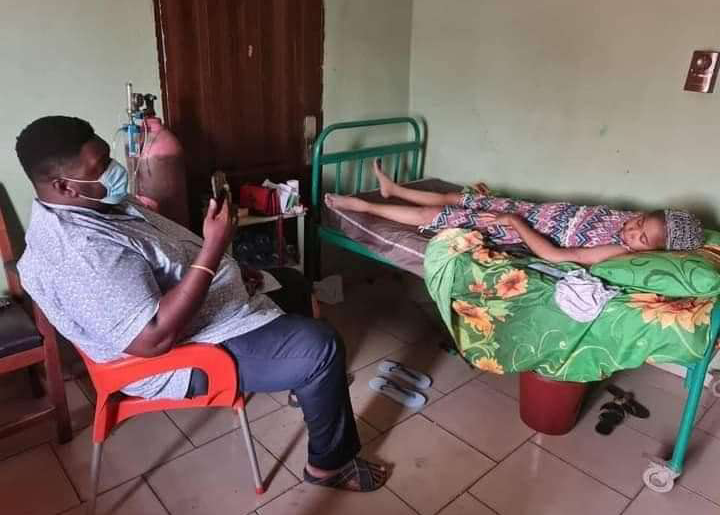 Mr Nnamdi was so optimistic that Ada Jesus would be fine again since the cause of her problem was known. He quickly told the nurse that he wants to see the doctor and after much altercation, he came. He asked him what he was doing concerning Ada Jesus' health since it is so clear that she needs to undergo dialysis to clean up the waste in her system due to malfunctioning of her kidneys.

Due to negligence by the doctor, he told Ada Jesus that he would process her visa and then fly her out of the country for proper care and asked her who would go with her; she told him that if he is willing, he can, but he said no and insisted that a family member should go with her so he can be raising funds for her in Nigeria. Two days later after everything was set, he called Ada Jesus on phone but never responded and when she did finally, she said her family told told her to remain in Nigeria so they can take good care of her. The man contacted his friends and they halted the visa processing.

One of the man's friend met with Ada Jesus' mother and tried to convince her to allow her daughter travel out, but she insisted that her daughter must remain in Nigeria. They asked her mother how much she has raised so far, she told them N3M and they then advised Ada Jesus to use from the money to go for dialysis so as to clear the waste from her system. The man said she never went for dialysis judging from the videos he watched online. 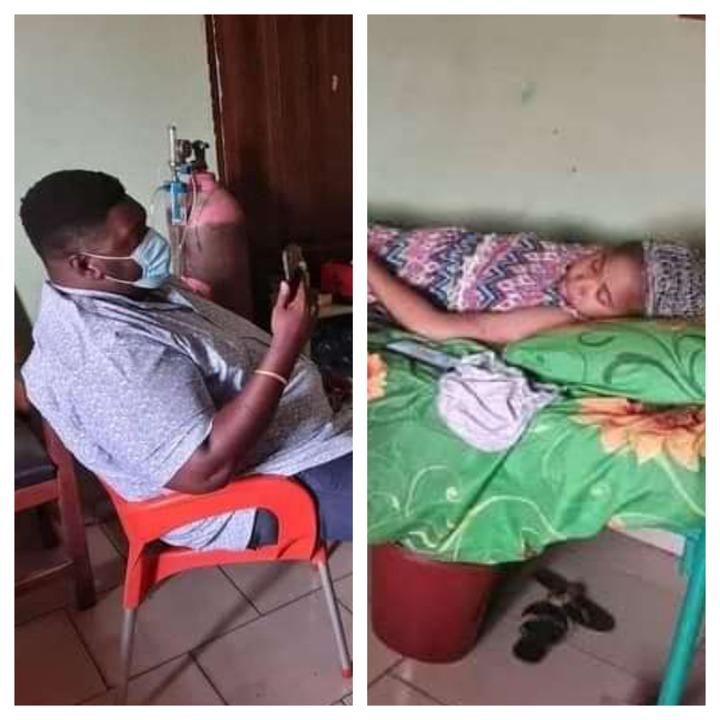 Mr Nmandi said Ada Jesus should seek proper medical attention while trying to beg those who she talked down on and he also thanked The Red King, Marksman and the Human Right Activist, Harrison for reaching out to her.

Now that we have heard what this man said, do you think Ada Jesus' case is spiritual judging from the fact that he had similar illness? Like, share and drop a comment.

Check Out Erica's Reply On Lilo's Pose, After She Asked Fans, What They Think About Her Photos.

Check out 10 photos to prove that Olu Jacob's wife, Ajoke Silva, is a beautiful woman