Religious Matters: Be converted, be saved

By BABAOKUX (self media writer) | 19 days ago 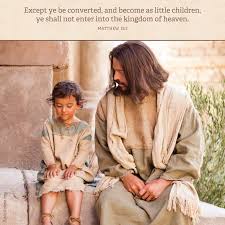 Salvation is not a one-time happenstance. It is a process, God aims to replicate Himself, hence He created man in His image(in the likeness of His mind). God design a process that if man will follow diligently, he will end up being Gods replica. God intends to live with man in heaven," in the likeness of the Trinity"(Gen1:26). There is a law for any two to tangle and that law is found in Amos 3:3. The two must be off the same mind, this is the reason God made man "in His image and likeness". That is, the man was created with a mind like that of God. Satan tried to scuttle man's "growth" toward becoming Godlike with the fall, for with the fall man became possessed with the mind in the likeness of Lucifer. Man who was created perfectly became polluted, full of hatred, envy, jealousy, greed, lies, pride, boastfulness, and ultimately a murderer. Here was where the need for man's mind conversion started.

Jesus emphatically averred: "except you be converted......you shall not enter into the kingdom of Heaven(Math.18:3). The word "except" means that there is no alternative. The word "convert" changes something from one stage to another. 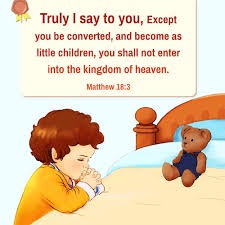 What Conversion is Not

1 Repentance is not conversion, repentance is to feel or express sincere regret or remorse while convert is to change from one stage to another.No wonder Peter exhorted us: Repent ye, therefore and be converted....."(Acts 3 :19).

2 Being a Church member for a long time and having much faith is not conversion.

3 Holding a high position or office in the Church is not conversion. Imagine! Jesus disciple Peter for three and a half years, yet, in the week of His crucifixion Jesus said to him: "But I have prayed for thee that they faith fail not: and when thou art converted, strengthen thy brethren" (Luke 22:32) 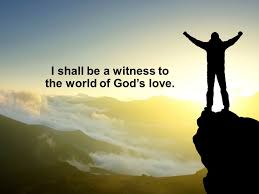 What then is conversion and why is it so very important?

God created man with a mind like His own, (Holy and loving) the Scriptures says that at creation, God said "let us make man in our likeness"..... (Gen.12:26). So man was created God-friendly and Lucifer-unfriendly. At the fall, Lucifer imbued his spirit into the fruit and offered man, so when Adam and Eve are it, the mind of Lucifer entered into man. The man that was created Holy and loving became Sinful and evil. Man became exceedingly sinful that God Himself "saw that the wickedness of man was so great in the earth and that every imagination of the thought of his heart was only evil continually"(Gen.6:5). Thus man became God unfriendly and Lucifer friendly.Man and Lucifer now have the same mind. Thank God that the image of God in man was not completely obliterated man would have become exactly like Lucifer.

In this state of mind, man cannot tangle with God, therefore, the mind of the natural man(every man born of a woman) must be converted from it's natural state to the likeness of God. But how will this happen? The scriptures have said: "Let this mind be in you which was in Christ Jesus...(Phil.2:5). The word " let" in the passage gives the idea that one can do it. yes, one can with the co-operation of the Holy Spirit. That is why Jesus said in John 15:4 that we should abide in Him, for without Him we can do nothing. 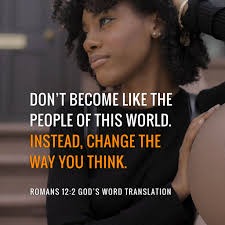 There are three moral keys by which man can convert his mind to the likeness of God. Which are 1 Respect, 2 Trust and Friendliness(Love)

Respect: The first sin Lucifer committed was to disrespect God. Disrespect, when it matures grows into hatred and hatred matures, into murder. Every human being carries the image of God in him or her that must be respected

Trust: You must learn to trust people until they abuse your trust. Don't take for granted that people can not be trusted.

Friendliness (love): reconfigure your mind with love. let love be what drives your thoughts words or actions towards anybody at all times and in all circumstances. If someone abuses you, how would you react? Abuse per se is righteousness and every unrighteousness is sin. So if you abuse someone because he/she did something silly, you have committed unrighteousness. You can not be wrong and except right. Every negative word or action is unrighteousness.....which is sin. 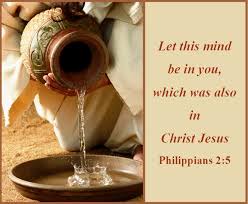 The Scriptures admonishes in Rom.12:2 thus: "Do not conform to this world but be ye transformed by the renewing of your mind".

This is to say that you should convert your mind by reconfiguring it differently from that of the natural man. You cannot leave your mind to remain in the likeness of Lucifers(full of sin and all manner of evil) and profess that you have given your life to Christ. That is unequal yoking. Remember the sermon on the mount, if you are slapped on the right cheek, you are to turn the left. Don't revenge, vengeance belongs to God. Don't return evil for evil but return good for evil. Pray for those who despitefully use you.

That was what to be converted is all about, that is what having the kind of Christ is and that is what it means to be created in the likeness of God. What is your take? 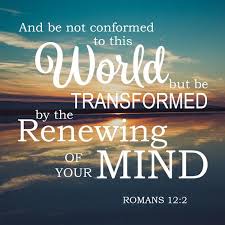 4 Things You Should Not Sacrifice For A Relationship