By Alrasad (self media writer) | 8 months ago

1. Crescent Not Sighted In Saudi 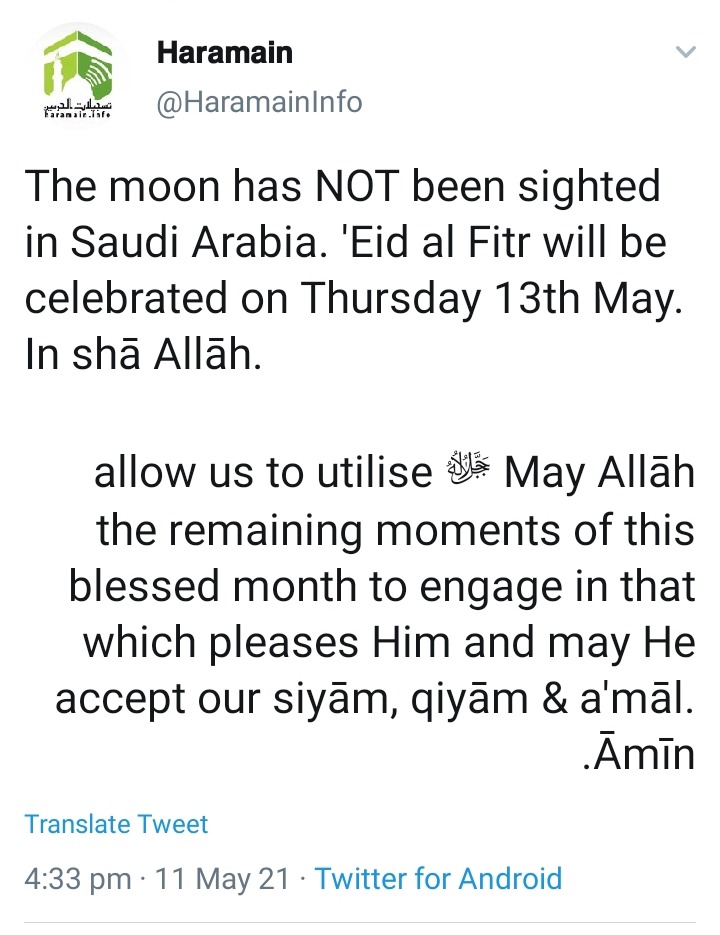 Haramininfo, a Saudi based online media outfit reports on its official Twitter page that the Kingdom of Saudi Arabia has not sighted the new crescent.

In Islamic Lunar calendar, the sight of a new moon always signifies the end of Holy month of Ramadan and start of Shawwal. Following the inability to sight the new moon, Saudi authority has agreed to mark this year's Eid-ul-Fitr on Thursday, May 13, 2021 equivalent to Khamees, Shawwal, 1442 A.H. 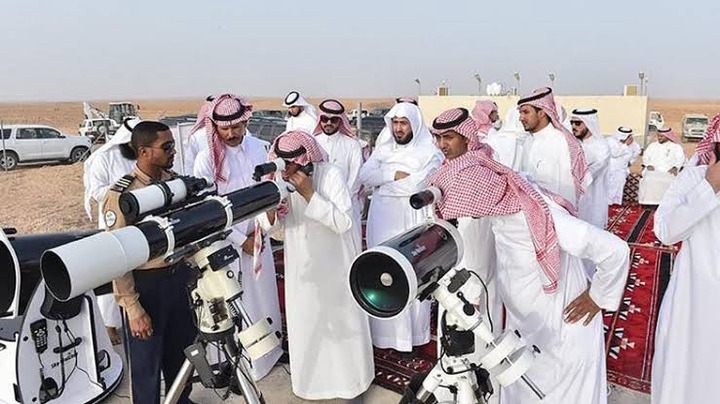 “The moon has NOT been sighted in Saudi Arabia. 'Eid al Fitr will be celebrated on Thursday 13th May. In shā Allāh.

“May Allāh ﷻ allow us to utilise the remaining moments of this blessed month to engage in that which pleases Him and may He accept our siyām, qiyām & a'māl. Āmīn.” 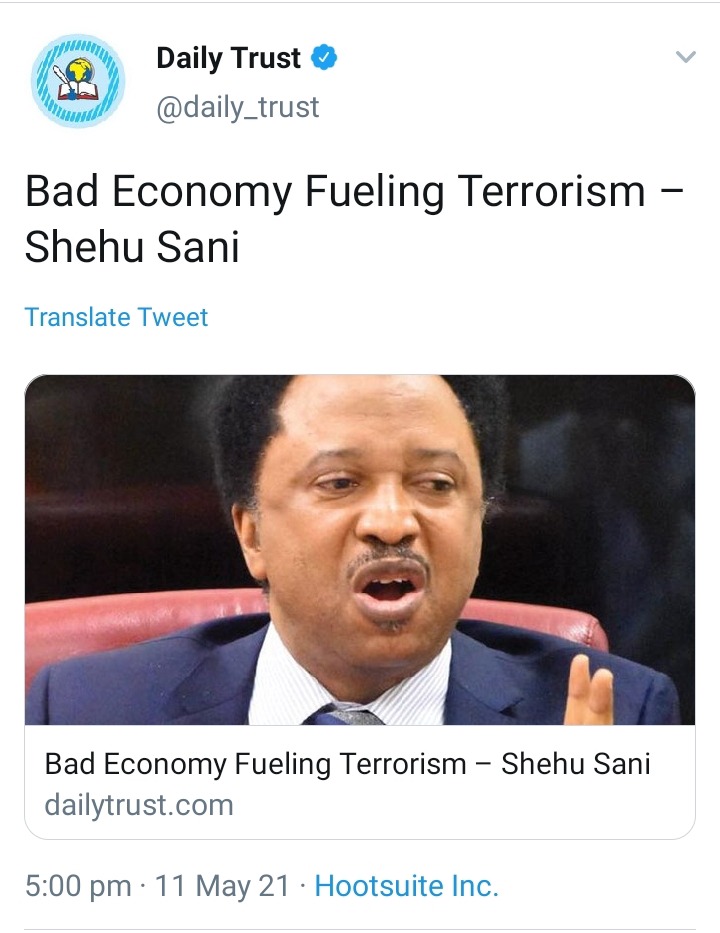 The former lawmaker took via his verified Twitter handle lamented about the new strategy Bokoharam and Islamic West African Province(ISWAP) terrorists are adopting.

“Last month, Boko Harama terrorists distributed 20k to the residents of the town they attacked; And now ISWAP terrorists are distributing foodstuffs to some communities in Yobe & Borno; The lesson here is that chronic economic issues fuels terrorism in the North East of our country. 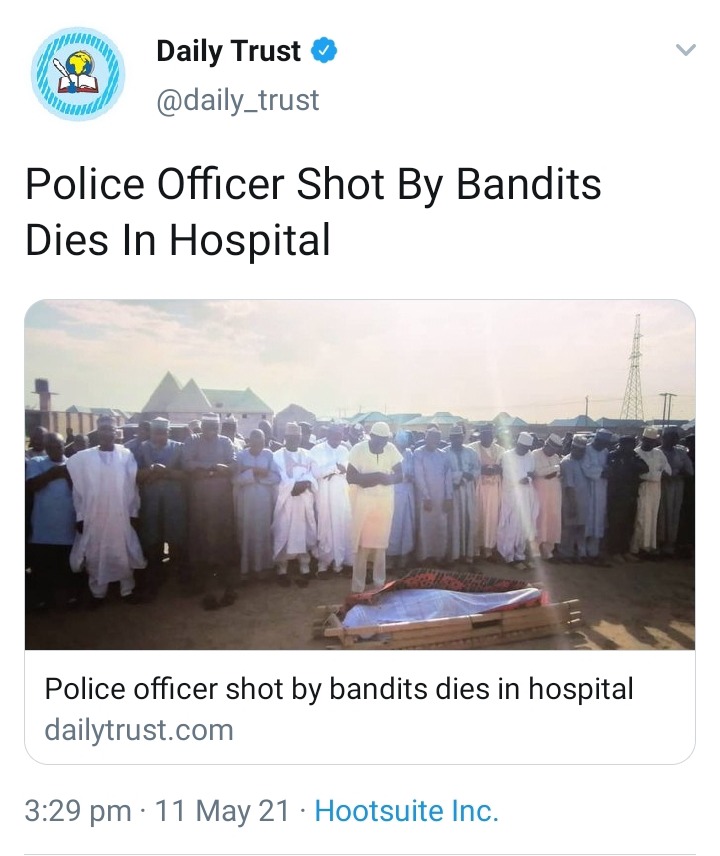 A Deputy Superintendent of Police, Abdulqadir Garba Hardo, who open fired on by suspected bandits is dead and reportedly buried in Kebbi state, Dailly Trust reports.

It was learnt that Hardo was shot in the leg while he was leading the Inspector General of Police in a gun battle with the armed men at Tsamiya, Bagudo Local Government of the State.

The next-to-last injury he sustained from the shootout broke his bone, and he died at a Gusau hospital, in Zamfara state on Monday.

Gov Atiku Bagudu who sent representatives to the burial ceremony of the deceased donated ₦2million to the family of the late DSP, while referring to late Hardo as a courageous and gallant officer who discharged his duty professionally. 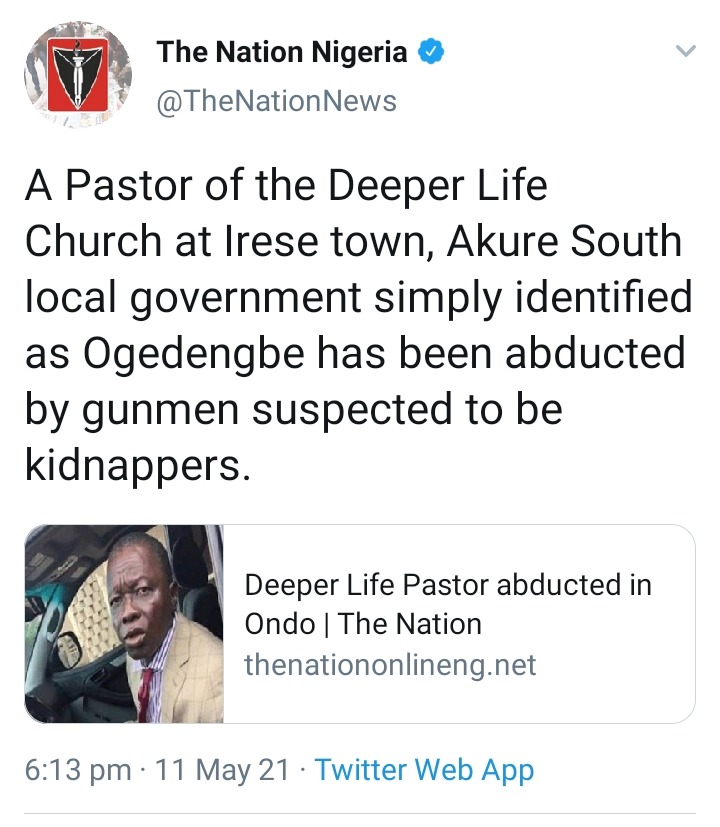 Another Pastor of the Deeper Life Church at Irese in Akure South local government area of Ondo state has been abducted, according to The Nation Nigeria.

The Pastor whose name is simply given as Ogedengbe was reportedly abducted by gunmen believed to kidnappers on Monday. 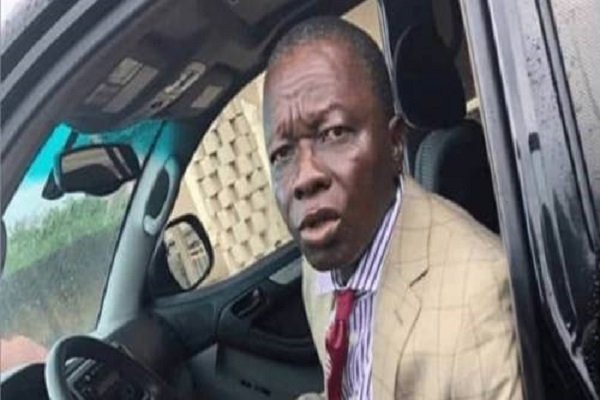 “He was kidnapped inside the church. They came with a black Corolla sport car. They took only him away.”

The abducted Pastor is an out-of-service director in the state Ministry of Education.

5. Those Arrested In Kano Mosque Are Not Bokoharam 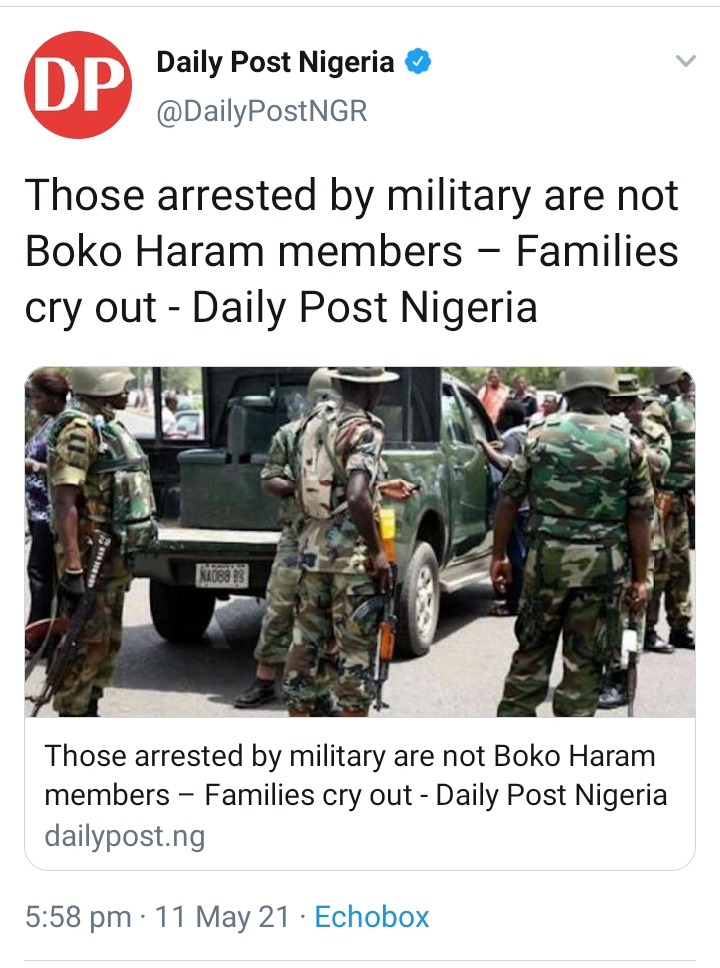 The family of the arrested thirteen suspected members of Bokoharam in Hotoro Kano, have said that those arrested by the military are real businessmen and students and not terrorists.

It would be recalled that the Nigerian military had last Saturday rounded up thirteen suspected Bokoharam members in connection with terrorism in the country.

But the family has now come out to say they are not terrorists. Spokesman of the family of those arrested, Abdullahi Ali, said Alhaji Usman that the army took away from his house on Saturday is a popular Islamic scholar and representative of Alhaji Ibrahim Saleh. They left with him despite the fact that they didn't find him wanting, he said.

“Another person, a chemist at the area, is a student at BUK and he had nothing to do with Boko Haram.”

What is your reactions to any of this news reports?