"My Life Is A Storm Of Disappointment, Life Is Meaningless To Me" - Ifa Funsho

Ifa Funsho, a lady of Yoruba descent who is quite popular on social media for her constant skeptical views on the Christian and Islamic religion in Africa took to her twitter page hours ago to reveal something strange about herself. 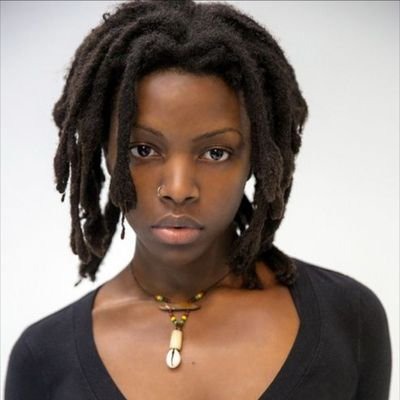 The self acclaimed Pan-Africanist had revealed that her life is a funny storm of disappointment and that she does not see any meaning to life. She went on to say that she is the type of person who might like the things that other people detests, adding that she hates to be controlled. Below is the post she posted on her page: 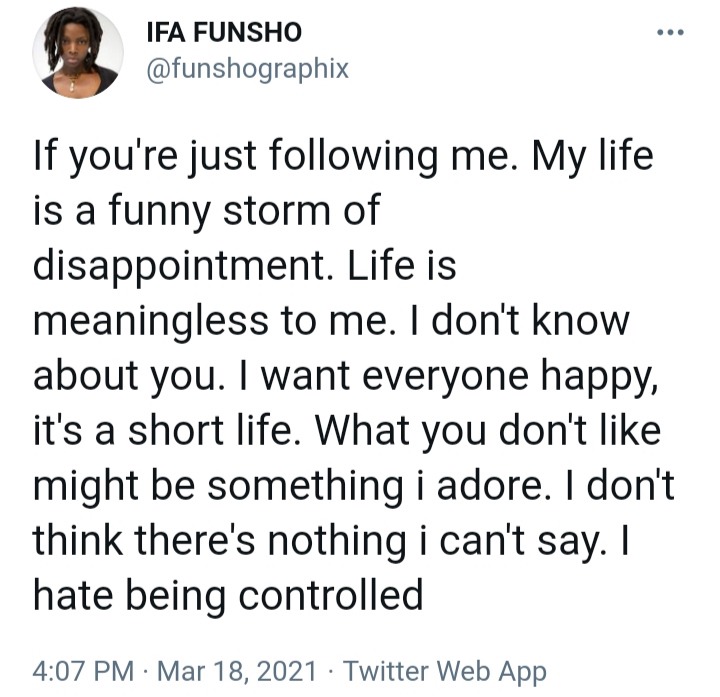 Ifa Funsho is an social media Pan-Africanist who have always had a queer view of life and things around her especially in Africa and Nigeria. Her stance on Christian and Islamic religion has been a subject of controversy among her followers as she is of the opinion that the two religion are the main problem that Africa faces. She believes that these religion which were imported into Africa from foreigners created discord among formerly United and peaceful indigenous Africans and those in diaspora. She is also of the view that unless African go back to their roots and cultural beliefs, they would continue to suffer. 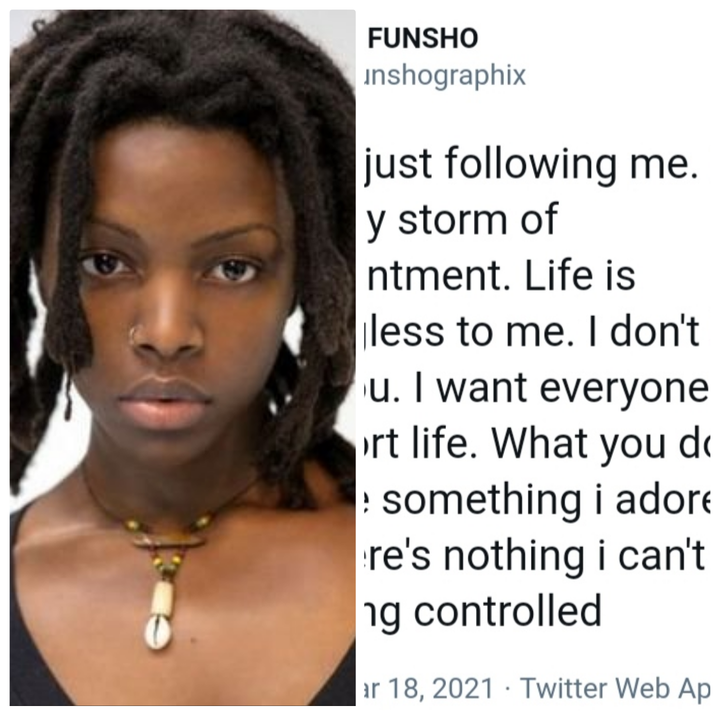 Many people had reacted to the post she shared, where she said that her life is a disappointment and that it was meaningless to her with a good number of them supporting her views. One however tried to advice her in the contrary, letting her know that life is all that you make of it and the choices that one makes determines if the person's life is meaningless or not. 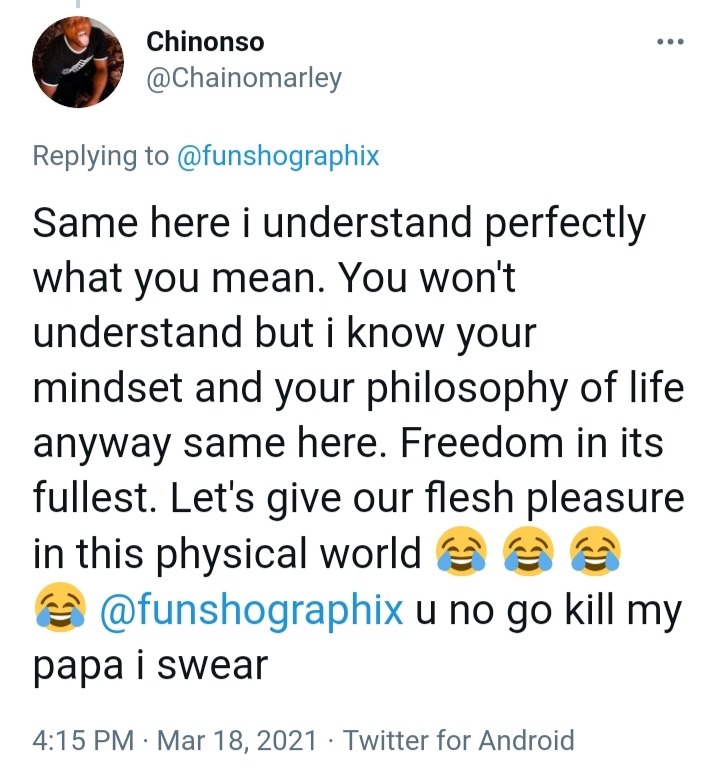 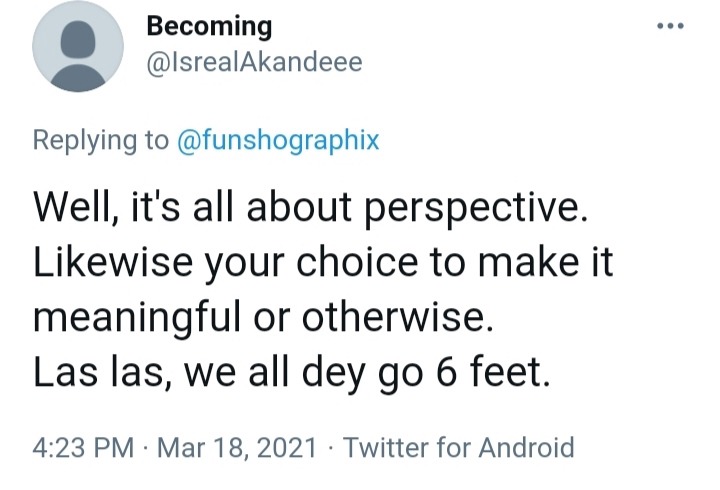 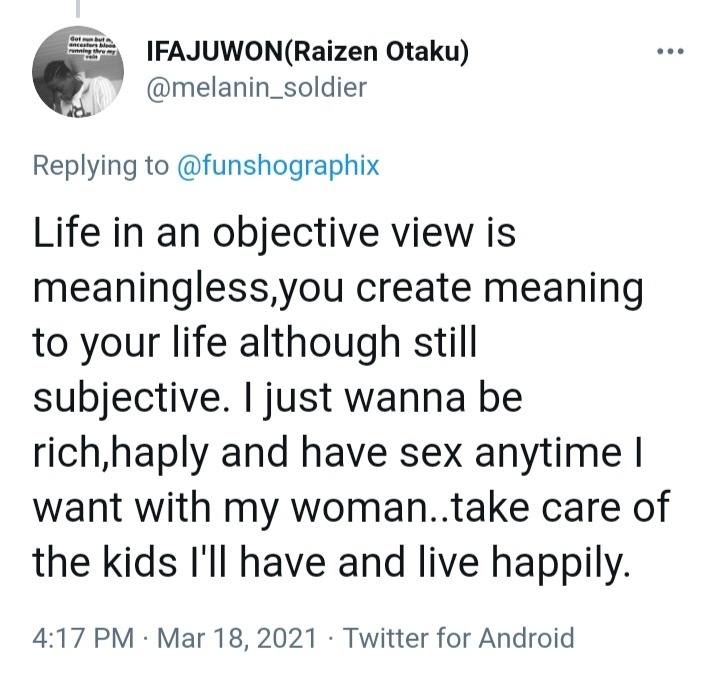 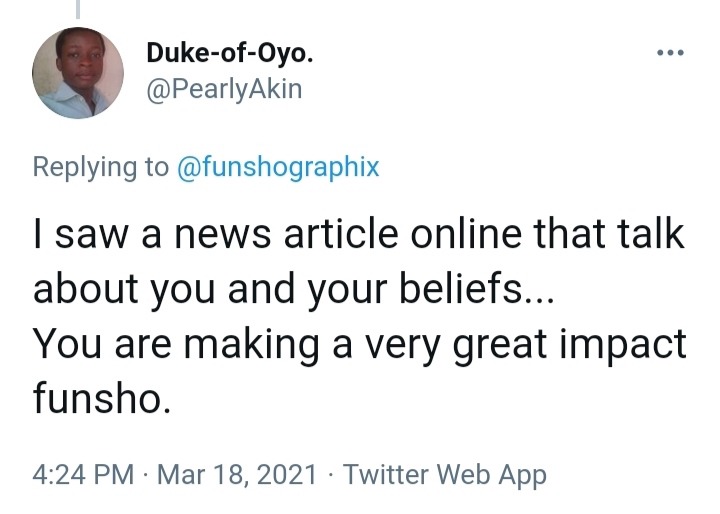 Ifa Funsho not talks about religious issues, she also uses her social media platform to call out the incompetencies and clueless leadership of the federal government towards affairs to the country.