By VictorAhonsi (self media writer) | 11 months ago 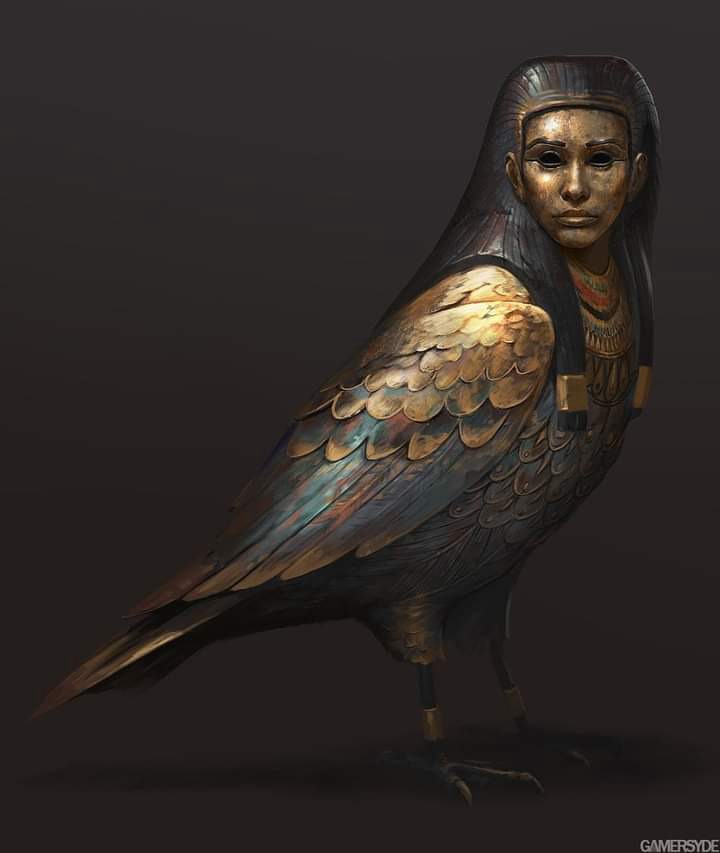 Ba (soul) In Egyptian mythology, the soul, or that part of a person that had eternal existence after death, represented as a human-headed bird. The ba was closely associated with the ka, a person’s double, and the ib, or heart, and constituted one of the principles of a person’s life.

After death the ba was believed to visit its body in the tomb. In the pyramids of Meroë openings were left in the stone covering the apex so that the ba might enter, and a ledge was placed beneath each opening for the ba to stand on.

A small figure of the ba made of gold and inlaid with some precious stones was placed on the breast of the mummy in the hope of preserving it from decay, because the ancient Egyptians believed there was to be a final union of all souls with their bodies.

Ba is in ancient Egyptian mythology, the vehicle of ascent for after-death consciousness. The term ba is often translated as “vital force” or “soul,” but is a complex concept. It is an exalted state of consciousness that seeks out heaven. According to the Book of the Dead, after death the ba rose up out of the body to regard the corpse. Even though it was drawn toward heaven, it depended for its self-consciousness on maintaining a relationship with the corpse. The body had to remain intact in order for the ba to return to it.

Ultimately, the ba had to liberate itself from the shadow of the tomb so that it could fully enter the heavenly light. Art depicted the ba as lingering around tombs and mummies. It was portrayed as having a falcon’s body with a human head. Offerings of cakes were left at tombs for the ba. The ba was more personal and individualized than the KA, which was linked to a group consciousness.

The Encyclopedia of Ghosts and Spirits– Written by Rosemary Ellen Guiley – September 1, 2007