The story behind the stoning of satan during hajj

By Habeebee (self media writer) | 1 year ago 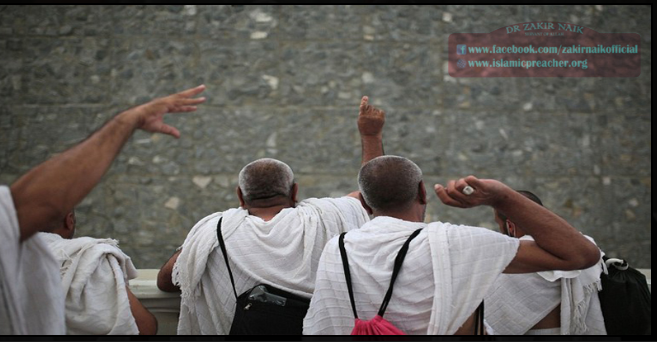 The story behind the stoning of satan during hajj

Stoning of the Satan is one of the main rituals of the annual Hajj pilgrimage to the holy city of Mecca during the month of Dhul Hijjah.

During this ritual, Muslims throw pebbles at the three pillars called ‘jamarat’, located in the city of Mina, just east of Mecca. During the night spent in Muzdalifah, pilgrims gather 70 stones to pelt the three pillars representing Satan on the 10th of Dhul Hijjah, i.e. the day of Hajj.

Muslims perform the same ritual for the next three days before the concluding circumambulation of Ka’bah. Ibn Abbas narrated that:

“The Prophet seated al-Fadl behind him on his mount, and al-Fadl said that he did not stop reciting the Talbiyah until he stoned the Jamrah.” (Al-Bukhari: 1685 and Muslim: 1282).

At another instance, Abdulllah narrates that:

“He came to the largest Jamrah and put the House on his left and Mina on his right and stoned it with seven (pebbles), and he said: This is how the one to whom chapter al-Baqarah was revealed (blessings and peace of Allah be upon him) stoned it.” (Al-Bukhari: 1748 and Muslim: 1296)

This ritual is a symbolic reenactment of the incident between the Prophet Ibrahim and the Satan. Ibrahim was commanded by Allah Almighty to sacrifice his son Ismail. On his way to carry out this commandment, Satan repeatedly tried to dissuade Ibrahim from following this order of Allah. Ibrahim was instructed by the Angel Gabriel to throw pebbles at Satan. This incident is explained by a very famous Muslim historian Al-Azraqi as:

This incident was given permanence in the lives of the Muslims in the shape of a ritual to be performed during Hajj. And each year during Hajj, Muslims perform this ritual in the remembrance of this incident.

The stoning of Jamarat denotes complete obedience to the commands of Allah without anything dissuading a Muslim against it. Ibrahim was commanded to sacrifice his son and Satan tried to discourage Ibrahim from doing so, but Ibrahim demonstrated complete faith in Allah and followed His command without any questions or temptation.

Satan tried to instill confusion in Ibrahim’s mind and tried to tempt him away from submitting to God’s will. Ibrahim’s heroism is to be celebrated because Ibrahim was childless until the age of seventy, when Allah gave him his first son, Ismail.

In these circumstances, this was a very great sacrifice that was demanded of Ibrahim. Satan tried to discourage Ibrahim by giving the argument of old age and who’s going to look after you in such an age.

However, Ibrahim was strong in his faith and in order to drive Satan away, he threw pebbles at him. It was an act of casting aside his desires and wishes, something all Muslims are expected to do during Hajj and otherwise also.

Throwing pebbles at the Satan is not as if Satan is present at the place, rather it is an exercise of faith: this act is a testament that the believers are able to resist the thoughts and desires that Satan puts in the believer’s mind.

Even though a pilgrim is throwing a pebble at one of the pillars of Jamarat, but in fact, he or she is throwing them in the face of Satan as nothing annoys Satan more than a man following the command of Allah.

Ibrahim followed the command of Allah and stoned the Satan, so Muslims all over the world follow the commands of Allah and throw pebbles at the Satan in the same way to show disdain towards this devil’s being.

Content created and supplied by: Habeebee (via Opera News )