Critics of Islam often brand it as a barbaric and brutal religion. Their argument is generally based on a select few Quaranic verses and hadith sayings of the Prophet Muhammad which seem to promote violence. 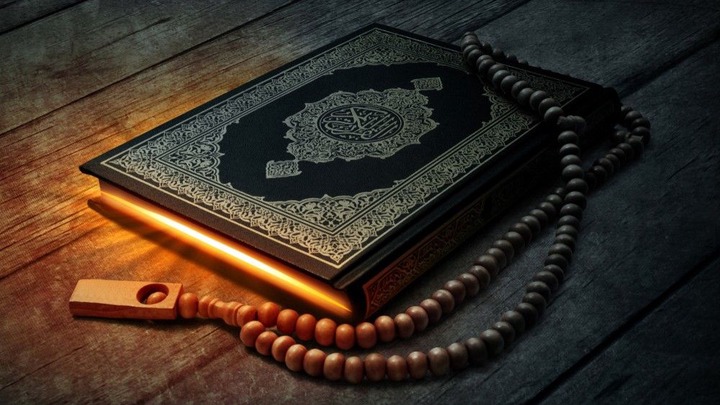 There are indeed a number of verses and hadith which encourage Muslims to turn to combat in certain situations.

It is important to remember, however, that much of the Quran was revealed during a time of war.

The vast majority of seemingly pro-violence verses and hadith were revealed to prophet Muhammad, peace be upn him, while his followers were being persecuted by those who did not believe his message.

Despite bias interpretations from fringe extremist sects, the Quran encourages Muslims to remain cordial and non-violent in times of peace. Evidence to support Islam's preference for peace can be found in a great many Quran and hadith.

The peaceful verses and hadith far outnumber those calling for bloodshed. There are so many, in fact, that we could not possibly examine them all in this article.

For that reason, I have gathered a few of the most noteworthy here and encourage you to seek out additional examples during your own scripture study. Here are just some of ayat and hadith which prove Islam is a religion of peace,

The Quran is made up of a mammoth 6,236 verses. In the Muslim world, these verses are more formally known as "ayat" (or "ayah" individually).

They are spread out over 113 surahs (or chapters) and deal with a variety of topics. Below, you'll find some of the most memorable ayat encouraging peace.

When Islam was in its infancy, the pagan leaders of Mecca viewed prophet Muhammad as a minor annoyance. As his following increased, however, his status was elevated to legitimate public enemy.

Those who opposed Islam sought to stop it in its tracks by slaughtering even the most inconsequential Muslim.

When one considers the hardships Muhammad and his followers endured to practice their faith, it should come as no surprise that the Quran stresses the importance of freedom of religion.

Despite what jihadi groups may believe, Islam teaches that each person should have the right to practice their religion. This is never stated more clearly than it is in the 56th verse of the 28th Surah, Al-Qasas. It reads as follows:

"Indeed, [O Muhammad], you do not guide whom you like, but Allah guides whom He wills. And He is most knowing of the rightly guided." (Quran 28:56)

The ayat that are often cited as proof of the Quran's violent nature rarely call Muslims to violence. In most cases, they merely encourage followers of Muhammad to defend themselves when attacked.

So, according to traditional Islamic belief, a Muslim may only resort to violence if it is the sole way they can shake an aggressor. An example of this teaching can be found in Al-Baqarah, the second surah of the Quran. Ayah 190 of Al-Baqarah reads:

Fight in the way of Allah those who fight you, but do not transgress. Indeed. Allah does not like transgressors. (Quran 2:190)

A lot of the Quran's peaceful ayat simply advise Muslims to avoid conflict and violence. While they are admirable in their message, they often draw criticism for their failure to encourage behavior which lends itself to the progression of a community.

Of course, as any Muslim knows, it is not enough to merely avoid doing bad deeds. To enter the gates of paradise, a Muslim must also improve the lives of others through their words and acts. This is reflected in numerous ayat throughout the Quran, including Quran 2:195.

In surah Al-Baqarah, just five ayat after advising Muslims to avoid violence whenever possible, the Quran does so again. This time, however, it also encourages readers to perform good deeds. The ayat reads as follows:

Spend in the way of Allah and do not throw [yourselves] with your [own] hands into destruction [by refraining]. And do good: indeed, Allah loves the doers of good. (Quran 2:195)

We have all heard about the grizzly videos of jihadi soldiers torturing prisoners of war. Disguising their blood lust as obedience to Allah, members of Islamic states and similar extremist groups behead, drown, and even burn their prisoners. Unsurprisingly, their actions are responsible for much of the negative press Islam have received in recent years.

In reality, these jihadi fighters are directly violating the commands of Allah. Although the Quran does permit the keeping of prisoners in a time of war, it states unequivocally that all prisoners of war must be treated justly. An example of this can be found in surah Al-Insan, ayat 8 to 9.

They offer food to the needy, the orphan and the captive. [Saying] "We feed you for the sake of Allah alone; we wish for neither reward nor gratitude from you. (Quran 76:8-9)

In Islam, the Quran is complimented by hadith. Hadith are accounts of sayings and actions of the Prophet Muhammad. Just like the Quran, the hadith come out strongly in favor of peace and kindness. Some of the most popular peace-promoting hadith are outlined below.

Entertain Your Guests And Keep Peace With Your Neighbors

Arabs are famous for their hospitality. If you have traveled to the Middle East - or even paid a visit to your local mosque - you likely have first-hand experience of that fact.

Arabs prided themselves on their hospitality even in the pre-Islamic age. Once Muhammad gained a following, however, showing kindness to your neighbors and visitors became even more important.

In the eight book of Sahih Bukhari, you'll find one of many sayings of Muhammad on the importance of being a good host.

You Cannot Hate And Be A Muslim

Critics of Islam often point towards its opposition to same-sex marriage as evidence of its supposed hateful nature. While mainstream Islam teaches that same-sex relations go against the commands of Allah, it does not call on Muslims to hate members of the community.

In fact, the Prophet Muhammad clearly stated that anybody who hates another person cannot be a Muslim, let alone enter Paradise.

Islam is very much about loving your neighbor, regardless of what they do or who they love. Evidence of this can be found in a passage of Sahih Bukhari, which reads:

Arguments Are Not Constructive

While Muhammad was known to enjoy a hearty discussion about theology, he made sure his followers understood the difference between a debate and an argument.

While a debate can contribute to the development of a community, an argument can have the exact opposite effect. An argument would have been particularly destructive in the early days of Islam, when Muhammad needed Muslims to stand together against the non-believers.

According to Sahih Muslim, Muhammad warned his followers that consistent disagreements among them would prevent the expansion of Islam, saying:

As a child, Muhammad was fascinated by fallen civilizations, such as the Biblical lands of Sodom and Gumorrah. As exhibited in both the previous and following hadith, the Prophet was ever mindful of these tales even in adulthood.

He often reminded his followers of the mistakes made by the people of these once-great civilizations, which had ultimately led to their destruction. If Muslims were not careful, Muhammad warned, a similar faith would befall them.

Selfishness and miserliness were particularly ripe in 7th-century Arabia. Muhammad went through great efforts to ensure such issues did not infect his community of believers. In Riyad as-Salihin, he states:

"Avoid cruelty and injustice, and guard yourselves against miserliness, for this has ruined nations who lived before you." (Riyad-us-Salihin)

When our friends are having an argument, it can be tempting to just sit it out and let them sort things out for themselves. This is understandable. However, Muhammad advised against such indifference.

According to the Prophet, if two warring people are left to argue, it is unlikely that a mutually-beneficial resolution will be reached.

Those involved in the dispute will be too blinded by emotion to conceive of a solution that will please both parties. For that reason, Muhammad encouraged his followers to act as a mediator in disputes among their family and friends, saying:

"Shall I inform you of something that holds a higher status than fasting, praying, and giving charity? Making peace between people, for verily sowing dissension between people is indeed calamitous." (Kenzul Ummal)