Pastor Paul Adefarasin of the House on the Rock Church has told his congregation to have a plan B to leave Nigeria irrespective of their faith as Christians. The Minister and Televangelist made this statement while preaching to his congregation yesterday. According to Pastor Adefarasin, his wife had gone ahead to perfect their plan B to leave Nigeria in event of an implosion. In the 59 minute video footage shared by NaijaPR, an online news website, the Pastor told his congregation to have a plan to escape the country even it means a speed boat to Seme border or okada to Cameroon. 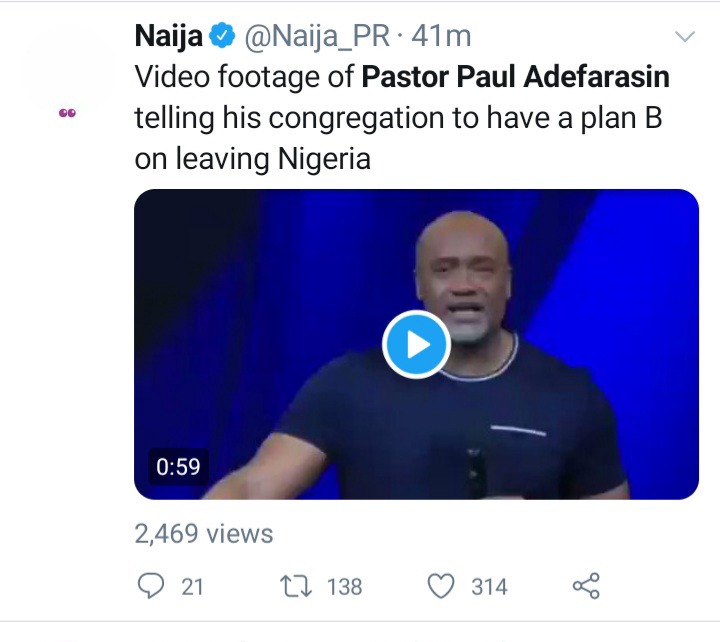 He told them that with technology, he can speak to them from anywhere in the world. According to him 'This People are crazy'

He also advised them to be on the look out for signs so that they cannot be caught unawares. The statement of Pastor Paul Adefarasin won't be unconnected with the insecurity situation in the country which is getting worse by the day. 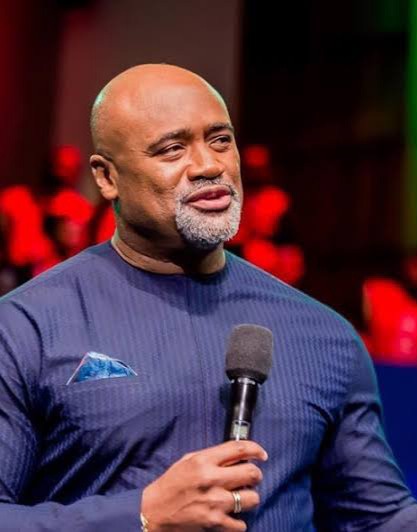 The insecurity in the country has assumed a new dimension that if nothing serious is done, it might lead to chaos. There is no part of the country where criminals are not attacking and terrorizing people. In the Northeast, the Boko Haram insurgents are gaining upper hand. The bandits are kidnapping people in the Northwest and asking for ransom. In the North Central, killer herdsmen are on the rampage. In the Southwest, kidnapping and agitations for Oduduwa Republic is an issue. The South South and the South East have become the stronghold of unknown gunmen who have continued to attack and burn police stations on a daily basis. All these are signs that the country is sick. Now coming to the advice Pastor Paul Adefarasin gave his congregation, what will happen to ordinary Nigerians who don't have the resources to escape the country in the event of the unexpected? Some Nigerians who reacted to his statement had the following to say.