3 miracles of Jesus over death

Miracles are acts of God which cannot be explained by natural or scientific laws. When Jesus was on earth, He did diverse miracles because God anointed Him with Holy Ghost and power (Acts 10:38). He went about doing good, including raising the dead, three of which I am going to discuss in this article. 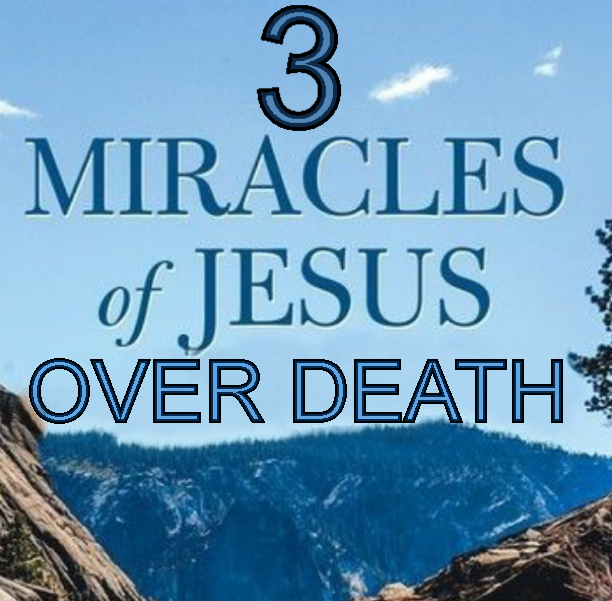 1. Jesus raised Lazarus from the dead (John 11:1-44). Lazarus died of sickness and was buried four days before Jesus got to Bethany (Lazarus' hometown). At the tomb, Jesus directed that the stone be rolled away. He then looked up to heaven and prayed to His father after which He called Lazarus out with a loud voice. Lazarus resurrected and came forth. Jesus instructed those that witness the miracle to take off the grave clothes from him and let him go. On seeing this, many of them believed in Jesus.

2. Jesus raised Jairus' daughter from the dead (Luke 8:41-42, 49-56). Jairus' was a ruler of the synagogue, he came to Jesus and besought Him to follow him (Jairus) home and heal his only daughter. On their way to Jarius house, Jesus stopped to heal a woman with an issue of blood. At that instance, Jairus received the message that his daughter was dead and that is too late to bring in Jesus. Jesus overheard them, He assured Jairus that his daughter would be made whole. At Jairus house, after sending out everyone except the damsel's parents, Peter, James and John, Jesus took the girl by the hand and told her to get up. Immediately, her spirit returned and she stood up, to the amazement of her parents. Jesus told the parents to give her something to eat.

3. Jesus raised the son of the widow of Nain from the dead (Luke 7:11-16). At the gate of the city of Nain, Jesus met people carrying out a dead man, the only son of a widow. On seeing the mother, Jesus was moved with compassion. He walked over and touched the open coffin and the bearers stopped, then He said, "Young man I say to you, arise". The dead came back to life, sat up and began to speak. Jesus gave him back to his mother. The witnesses were marveled and they praised God for sending a great prophet to them.

Content created and supplied by: Soweh (via Opera News )