Keeping Beard is Mandatory for all Muslim Men– Prophet Muhammad 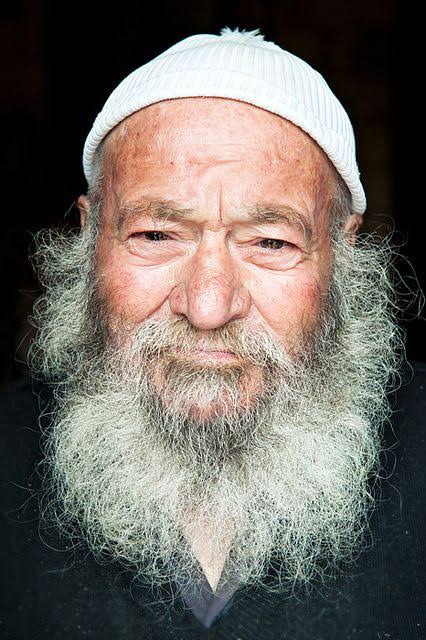 Shaving beard is clearly violation of Islamic principles. Firstly, it is the disobedience to Allah. Secondly, it is also disobedience to the messenger of Allah. In many Hadiths the Holy Prophet Muhammad (PBUH) commanded men to grow their beards.

There are various hadiths which prove that growing beard is mandatory for all men. “Trim the moustache and leave the beard,” (Al Bukhari and Muslim). It is noteworthy that obeying Messenger in that is equivalent obeying Allah. The glorious Quran says, “He who obeys Messenger had indeed obeyed Allah.” The Holy Prophet Muhammad (PBUH) used to have large beard, we as Muslims should imitate him in his practices. Quran says that, “In the messenger of Allah is good example for you to follow.”

The beard is a major difference between men and women, by shaving beard it is imitating women. The Holy Prophet Muhammad (PBUH) said, “Allah curses those men who imitate the women and He curses those women who imitate the men,” (Al Bukhari). Some men who shave their beard give lame excuse that their wives prefer them without beard, it is clearly wrong thinking instead they should follow Allah and Prophet Muhammad (PBUH).

Every scholar of Islam including four Imams agree that shaving beard is Haraam (prohibited). It is clear from this that the minimum length for a beard must be fist-length (Hidaaya, Kitaabus Saum). So, just as it is Haraam to shave the beard, it is similarly Haraam to trim it to less than a fist-length.

“However, none has consented to trimming it (beard) less than that (fist-length), as some westerners and hermaphrodites do. To shave the beard off completely is the practice of the Jews of India and the fire worshippers,” (Shaami, page 418, vol.2).

This same subject is mentioned in Fathul Qadeer, Page 77, Vol. 2 and Bahrur Raa’iq, Page 302, Vol. 2 Sheikh Abdul Haqq Muhaddith Dehlwi (Rahmatullahi Alaih) states in Ash’atul Lam’aat: “It is Haraamto shave the beard. It is Waajib to let it lengthen to more than a fist-length (hence to cut it less than this is also Haraam).”

It is mentioned in Imdaadul Fataawa: “It is Waajib to keep a beard and it is Haraamto trim to less than a fist- full. The Holy Prophet Muhammad (PBUH) said: “Oppose the Mushrikeen, lengthen the beards and trim the moustache.” It is stated in Durrul Mukhtaar that, “It is Haraam for men to trim/shave their beards. The Sunnat length is fist-length,” (Page 223, Vol. 4).

Sheikh Moulana Muhammed Zakariyyah (RA) states in his treatise ‘The Compulsion of the Beard’: “When one looks upon such people (who shave) then this thought comes to mind that death does not have stipulated time. And if such people have to die whilst in this shaven state, then how will they ever be able to face the blessed countenance of Nabi (sallAllaahu alaihi wasallam), when the first sight of him will be in the grave. Together with this, occasionally this thought also comes to mind that other major sins like adultery, homosexuality, alcoholism, dealing in interest, etc. are all restricted to a specified time.”

The Holy Prophet Muhammad (PBUH) also stated that: “An adulterer does not commit adultery whilst in the state of Imaan.” The Mashaaikh have written that the object of this Hadith is that during the course of the act of adultery, the Imaan of the adulterer leaves him/her. But after the act is complete, then the Noor of the Imaan returns to one. But, the sin of shaving is such that it remains with one all the time. Whilst performing Salaatthen this sin is being perpetrated, whilst in the state of fasting, this sin is with one, the same applies to Hajj. This sin is being perpetrated whilst performing every act of Ibaadat.

What are you waiting for my dear brothers keep beard from today! In Sha Allah Allah will reward us.