By oadeyinka (self media writer) | 1 year ago

This message is from an aged woman of 100++. She was born in Usin Ekiti in Ikole Local Government. 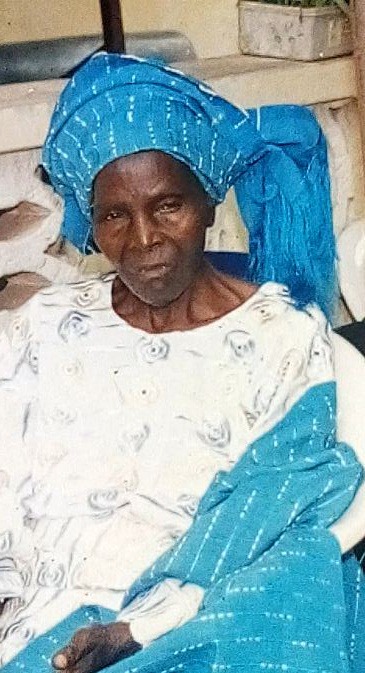 According to her, the message was from God through her to the president and the nation as a whole.

The whole thing started in the year 2010 between the month of April and June. She was sick and with one of her children receiving treatment. It was after she came back from the hospital that she took her drug one night, she prayed as she used to do and wanted to sleep but she was restless and unable to sleep, she started to pray until around 3 a.m when she noticed that something came out of her body and immediately relieved of the pain and restlessness.

She began to thank the Lord for the victory she received.

It was in the course of thanking God that she heard a voice, according to her, the voice said she should continue to pray for her to be able to deliver what God had sent her to do on earth.

She intensified her prayer and as she was praying again the voice came telling her to pray for a wonan, precisely, the woman that is childless.

According to her, she didn't know this woman neither has she met her before only on television.

She said, she prayed for God's intervention in the case of the woman for her womb to open and God answered the prayer,as she said, she saw the woman the woman on the television later thanking God for having her own child.

Our mother was so happy and thanked the Lord that answers prayers. As a woman of prayer, she continued to pray to God to let her know other things He wants her to do but nothing came, notwithstanding the prayer continued.

It was about 2 weeks into this pandemic lock-down that she slept and heard the voice that said the door of heaven is open for her to come in. Immediately, she entered without knowing how she got there and joined the host to shout praises and Hallelujah. She said, she was so happy yo be there and the place is do beautiful.

She said, she didn't know that she was sleeping until she woke up, and was so sad because she didn't want to leave heaven again.

She was then asking herself why she is here again.

She began to pray for God to take her back to heaven and equally rebuked whatever that wants to hinder her in making heaven.

As this old woman was praying again the voice came, telling her that it is Satan that is responsible for this disease all over the world.

It was this evil work that Satan and his hosts were doing in heaven that prompted their being sent out of heaven. That Satan was an angel in heaven before. Jesus then asked a question that when I come back will there be faith anymore in the world? But nobody could answer.

All the evil being perpetrated all over the world now is caused by Satan and his hosts.

God now told this old woman to tell the president and the whole nation that it is God that allowed the president to be there and that whatever he becomes it is God.

God said he should not stop the work of God. People could not pray because churches and mosque are locked down and church leaders were not doing anything and this why the question was asked "When I come back will there be faith anymore on earth"?

The Christians should rise up and fasten their girdle of prayer.

In response to all these, this old woman said how can I deliver the message because her church is not a big church but God told her that small fold should not be afraid and it is God's pleasure to increase the church.

God then gave her a song " Je ki n je o, je ki n je, Use Olorun ran Mi je ki n je" meaning the work God has sent me allow me deliver it. Later she sent for the leader of her church Apostle J.A Arakasin and told him what God revealed to her.

The Apostle advised that arrangement should be made to make the revelation known on the social media.

Our old mother now pray for the word to be fruitful and God to take us all into his Glory.

We thank the Almighty God that the church has reopen and people are back to church and the pandemic is subsiding. Let us intensify prayer for total healing of our land of this pandemic and other vices that are all over as it is written "If my people which are called by name humble themselves and pray, and seek my face, and turn from their wicked ways, then will I hear from heaven and will forgive their sin and heal their land" 2 Chronicles 7:14.

God is there to answer us.

Content created and supplied by: oadeyinka (via Opera News )