See the depressed pictures of a self-acclaimed God "Olumba" and how he ended without accolade.

By Samurel (self media writer) | 1 year ago 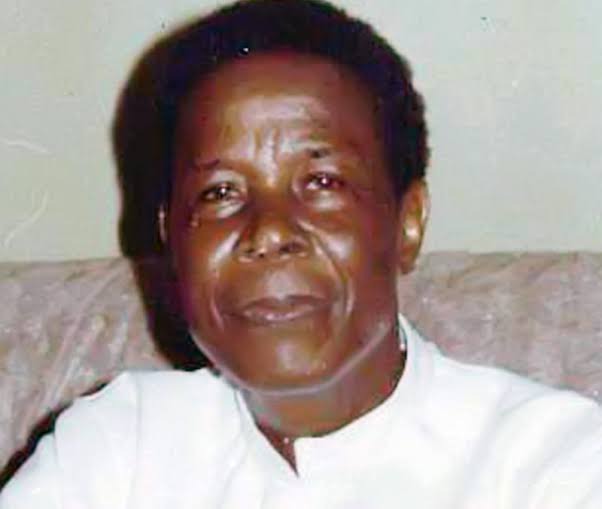 Brotherhood of the Cross and Star (BCS) is a religious organisation, that was established in 1956 by Leader Olumba Olumba Obu, in Calabar, Cross River State, Nigeria. 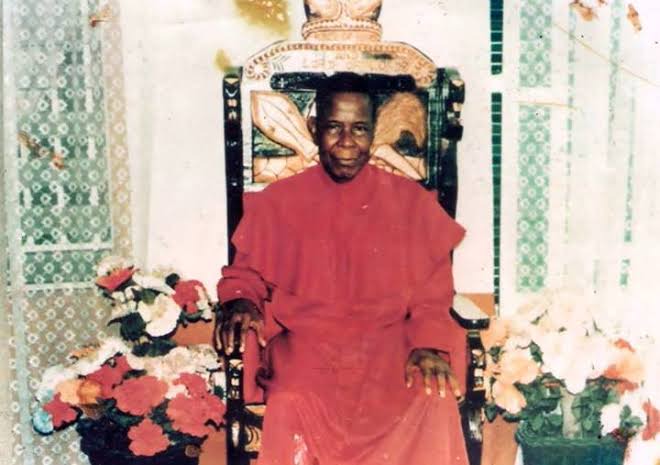 It is different from the mainstream Christianity in that it retains that BCS is not a church but the new Kingdom of God on Earth and that its founder, Leader Olumba Olumba Obu, is the Holy Spirit epitomized, the God of all creation; while

﻿His first begotten Son His Holiness Olumba Olumba Obu is the returned Jesus Christ. BCS integrates into Christian teaching beliefs of Incarnation, Decarnation, reincarnation and traditional African religions. In the 1990s it was a millenarian religion. 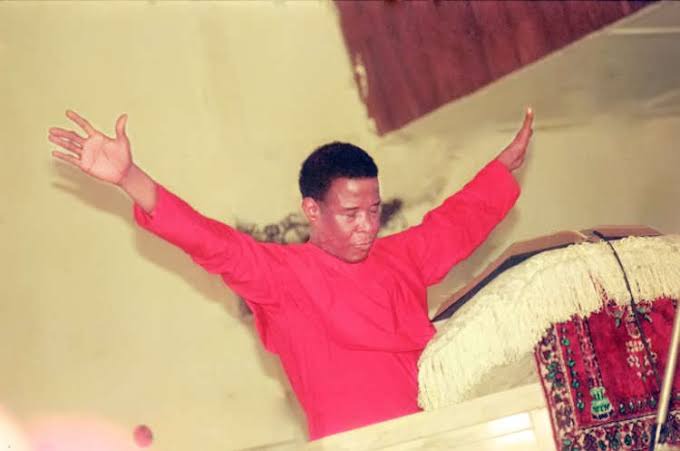 There are numerous stories about his early life as told by the Brotherhood, and how he performed miracles right from birth. He conducted his first miracle when he was just 3 days old. A blind woman who went to carry him obtained her sight. He later grew up executing more impressive miracles. This made people to indict him of being possessed of an evil spirit.

The BCS sect was officially established by Obu in 1956. The leader teaches that the denomination, " The Brotherhood" which means love and unity were established spiritually by God himself in the Garden of Eden during creation. 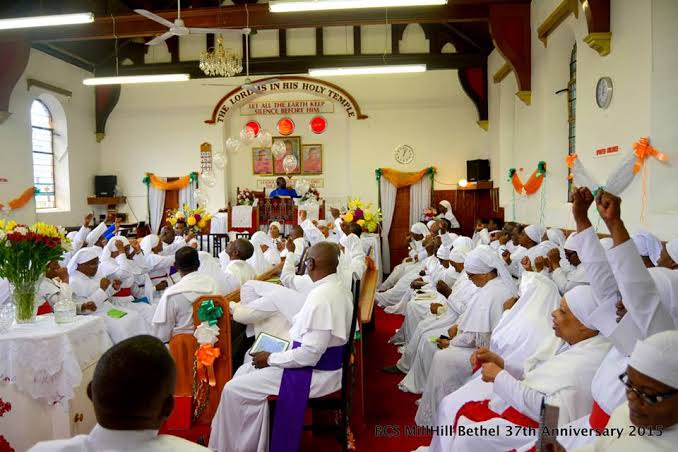 Obu's teachings rotate around love and the BCS members are well known for going barefooted in their sparkling white robes. 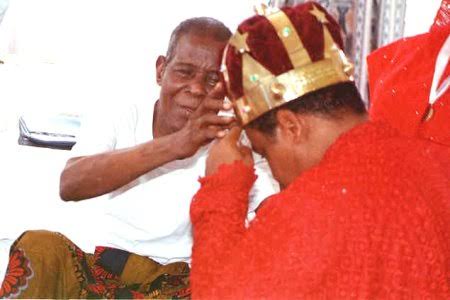 In the year 2000, Obu crowned his Son then Rowland as the administrative and spiritual head of the sect. Rowland's name was changed to His Holiness Olumba Olumba Obu. 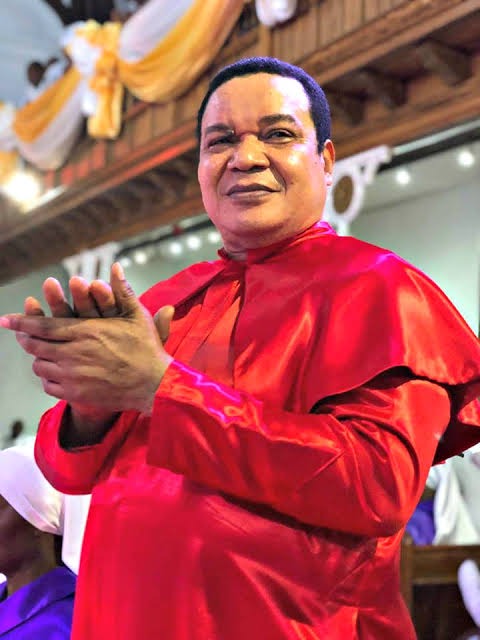 He has since led the sect with love as the motto. Choristers of the BCS are known for singing melodiously without drums and instruments to the thrill of listeners. 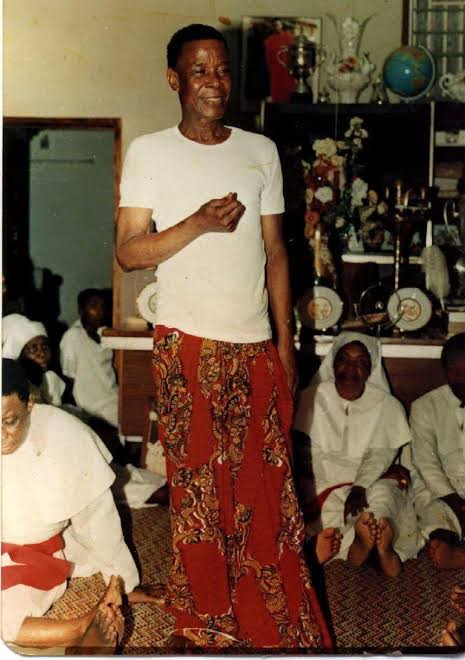 ﻿Obu teaches that God is pantheistic, multiform, good and evil, and (like human beings) bisexual. God, human beings, and all things in nature, both animate and inanimate, are spiritually interconnected. According to Obu, Christ failed because he had sinful tendencies and consequently could not attain the pinnacle of spiritual enlightenment. But when looking at Obu, you will see the resemblance of the weakness of the flesh due to the Adamic nature in every mortal 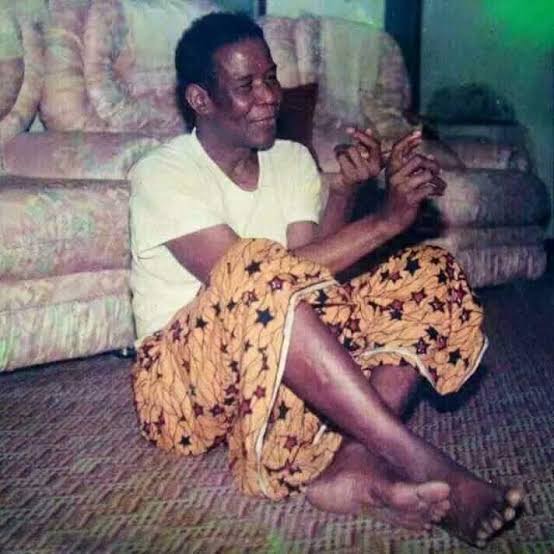 yet he claims that Christ reincarnated eight times and is now on earth in his final incarnation under the name of Olumba Olumba Obu. This is the first time we see God tie raper before his followers because his trousers could not hold his waist. 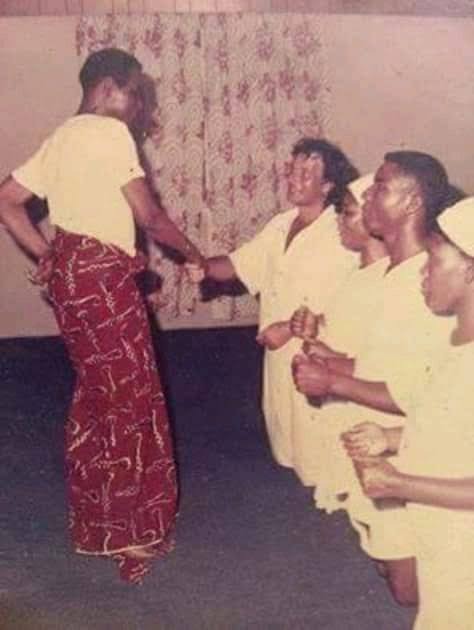 The Holy Spirit (now on earth) and the Holy Ghost are not one and the same. Marriage is an evil, and sexual celibacy has great spiritual significance. Salvation is attained through both grace and good works. Olumba Obu lays claim to Judeo‐Christian foundations and uses the Bible, augmented by a continual flow of different revelations. For Obu, the whole Old Testament and most of the New Testament are outdated. Basing his impressions on an alternative of revelations, and on his unusual interpretation of the Bible, Obu formulated a system of dogmas which orthodox Christians find so different from their own orthodox approach, if not utterly strange hence, referred to it as heresy. 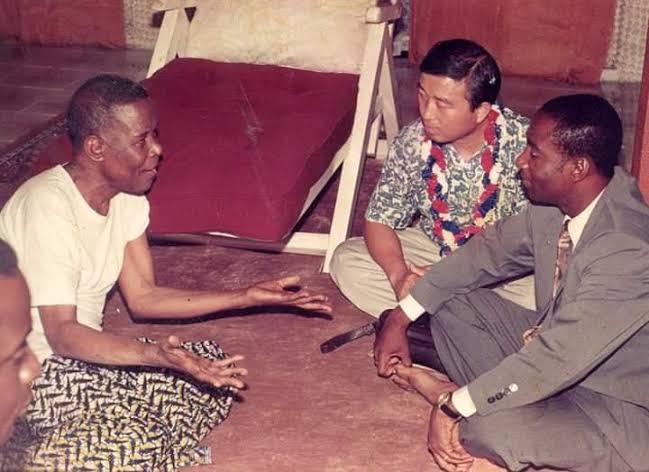 Olumba Olumba Obu, the man who assembled followers after himself, claiming to be God, has since died even though his followers insist otherwise. “Olumba gave up the ghost and was secretly buried." Obu was born in 1918 in Biakpan, a village in Biase Local Government Area in Cross River State, South-south Nigeria.

Upon all the assertions as God, he ended as mere mortality, with the deplorable state of health. A mortal man who alleged that there is nothing like a death in existence yet, he disappeared in the thin air like vapour. Though his followers claimed he lived 100 years of age before going the way of the dead without a tangible accolade to his memory as a great man who once walked the surface of the earth with miracles as his followers claimed. Man can never be equal to God no matter how popular you are or the level of spiritual powers you claim to possess. Finally, Obu asserted that death is an illusion yet, he died a pitiful death without any accolade in memory of his achievement as self-acclaimed God, who performed so many miracles we are yet to see. 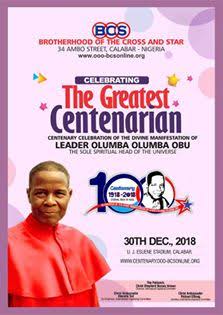 Content created and supplied by: Samurel (via Opera News )

2 Wise Things to Do Before Giving Out Your Money to a Poor or Needy Person That You Don't Know.