The Glory Of God In History (Part 2)

By Oliech1 (self media writer) | 2 years ago

On my previous article, I wrote nine persons whom the Lord honoured with great glory. Below are more of those who God shone his glory on; they were prophets and rulers. 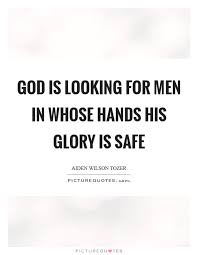 Samuel was loved by the Lord. As the Lord's prophet he established the kingdom and appointed rulers for the people. He judged the nation in accordance with the Law of the Lord, and the Lord protected Israel. Because Samuel was faithful, he was accepted as a true prophet. People trusted him as a seer because of his words.

When his enemies were threatening him from every side, he called upon the mighty Lord and offered him a young lamb as a sacrifice. Then the Lord thundered from heaven with a mighty roar and destroyed all the enemy rulers of Philistia. Even after prophet Samuel died, he prophesied to king Saul how he would die; out of the grave he spoke as a prophet.

After Samuel came Nathan, who was a prophet at the time of David. Nathan was obedient to the Lord. He was the prophet the Lord sent to deliver the message to David informing him that he won't be the one to build the Lord's temple but rather one of his sons will.

The Lord sent prophet Nathan to David for the second time, after king David had committed the sins of adultery and murder. Nathan's message made David admit the terrible things he did and repented. Prophet Nathan did other things during that time. 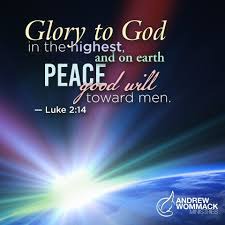 David was chosen from the Israelites. He played with lions and bears as if they were little goats. When he was a boy, he killed a giant to rescue Israel. He put a stone in his sling, took aim, and put an end to Goliath's bragging. He prayed to the Lord, and was given the strength to kill that famous soldier, so that the nations would have respect for the power of his people. The people honoured him for killing his tens of thousands, and when he was crowned king, they praised him for being chosen by the Lord. He wiped out all his enemies and permanently crushed the Philistines, so that they never again became a threat.

In everything David did, he gave thanks and praise to the Holy Lord, the Most High. He put singers at the altar to provide beautiful music. He set the times of the festivals throughout the year and made them splendid occasions. The Lord forgave David's sin and established his power forever. He made a covenant with him that he and his descendants would reign in splendour over Israel.

David prepared the way well for his son; a wise man, to rule after him. There was no war while Solomon was king. God gave him peace on all his borders, so that he could build for the Lord a temple which would stand forever.

God gave him wisdom. How wise was Solomon when he was young! His knowledge was like a river in flood. His influence reached over all the world, and his proverbs and riddles were famous everywhere. He was famous everywhere, and people loved him for bringing peace. Nations round the world held him in admiration for his songs, parables and sayings. He gathered silver and gold as if it were sand, all in the name of the Lord God of Israel. 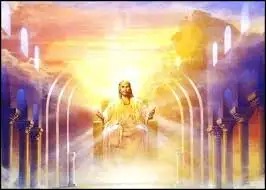 Then, there arose the fiery prophet Elijah, whose words blazed like a fire. He brought a famine on the people, and many of them died because of his refusal to let go. Speaking in the name of the Lord, he kept the rain from coming, and on three occasions he called down fire. Elijah's miracles were marvellous! In the name of the Most High, he brought a dead man back to life. He brought a famous king down to sickness and death.

He was taken up to heaven in a fiery whirlwind, a chariot drawn by fiery horses. The scripture says that he is ready to appear at the designated time, to cool God's anger before it breaks out in fury; that he will bring fathers and children together again, and restore the tribes of Israel.

When Elijah was hidden by the whirlwind, Elisha was filled with his spirit. As long as he lived, he was not afraid of rulers, and they could not make him do as they wished. Nothing was too hard for him. Even when he was dead, his body worked a miracle. In life and in death he performed amazing miracles. 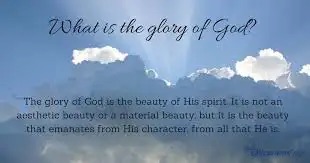 Hezekiah prepared his city to avoid a siege and provided it with a water supply. He had a tunnel built through solid rock with iron tools and had containers built to hold the water. During his reign, Sennacherib attacked the city and sent his chief official from Lachish. He challenged Jerusalem and boasted arrogantly. The people lost their courage and shook with fear; they were in pain like a woman in labour. But they prayed to the merciful Lord, who quickly answered their prayers and sent Isaiah to save them. The Lord struck the Assyrian camp; his angel wiped them out.

Hezekiah did what was pleasing to the Lord and firmly followed the example of his ancestor David. This was what was commanded by the great prophet Isaiah whose visions were trusted. He made the sun move backward and lengthened the king's life, he comforted the mourners in Jerusalem. His powerful spirit looked into the future, and he predicted what was to happen before the end of time. 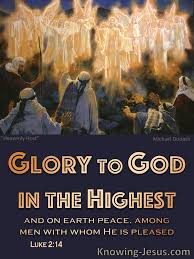 The memory of Josiah is as sweet as the fragrance of expertly blended perfume, sweet as honey to the taste, like music with wine at a party. He followed the correct policy of reforming the nation and removed the horrors of idolatory. He was completely loyal to the Lord and strengthened true religion in those wicked times.

Content created and supplied by: Oliech1 (via Opera News )