By Racksac (self meida writer) | 10 days 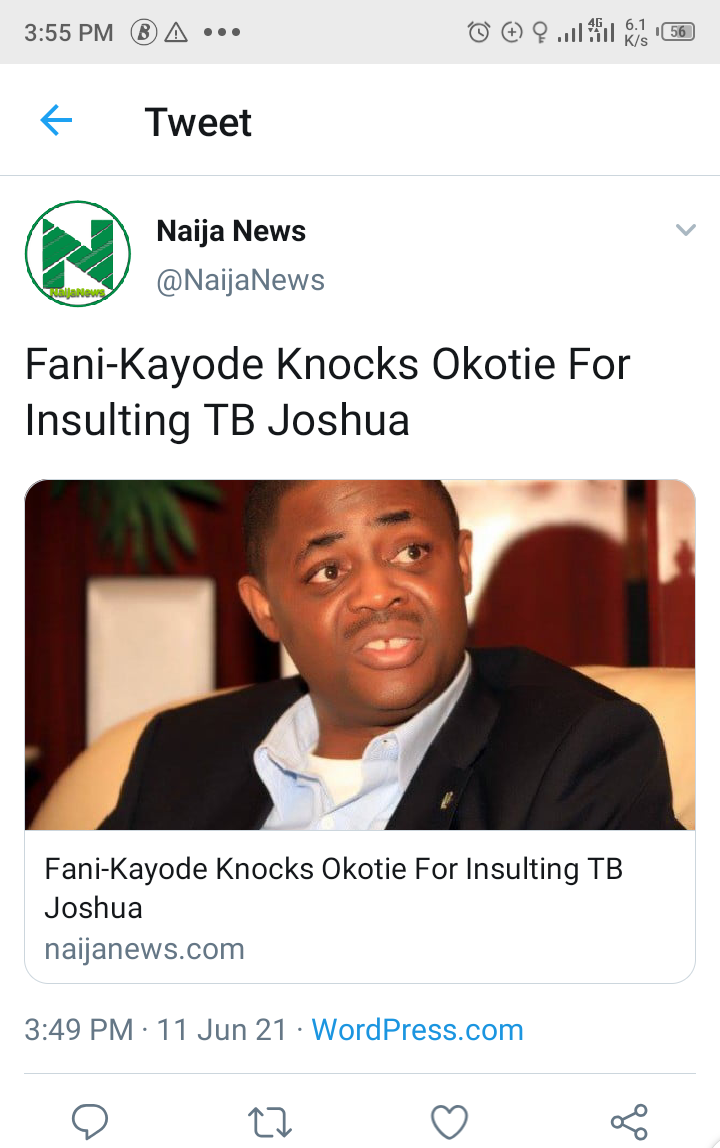 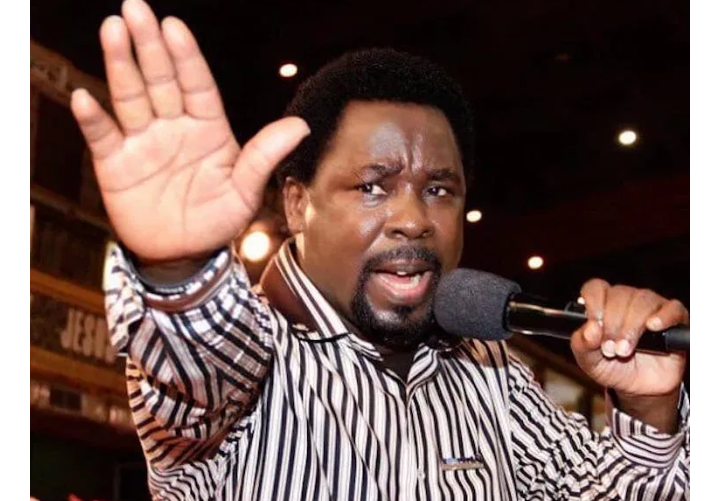 Days after Joshua who is the founder of the Synagogue Church of Nation died last Sunday, June 6, Okotie shared a cryptic post many interpreted to be an attack on TB Joshua’s memory.

A part of his post read: ‘‘The wizard at Endor who assumed the title Emmanuel, has been consumed by divine indignation. And now his disciples bewail his ignominious exit.” 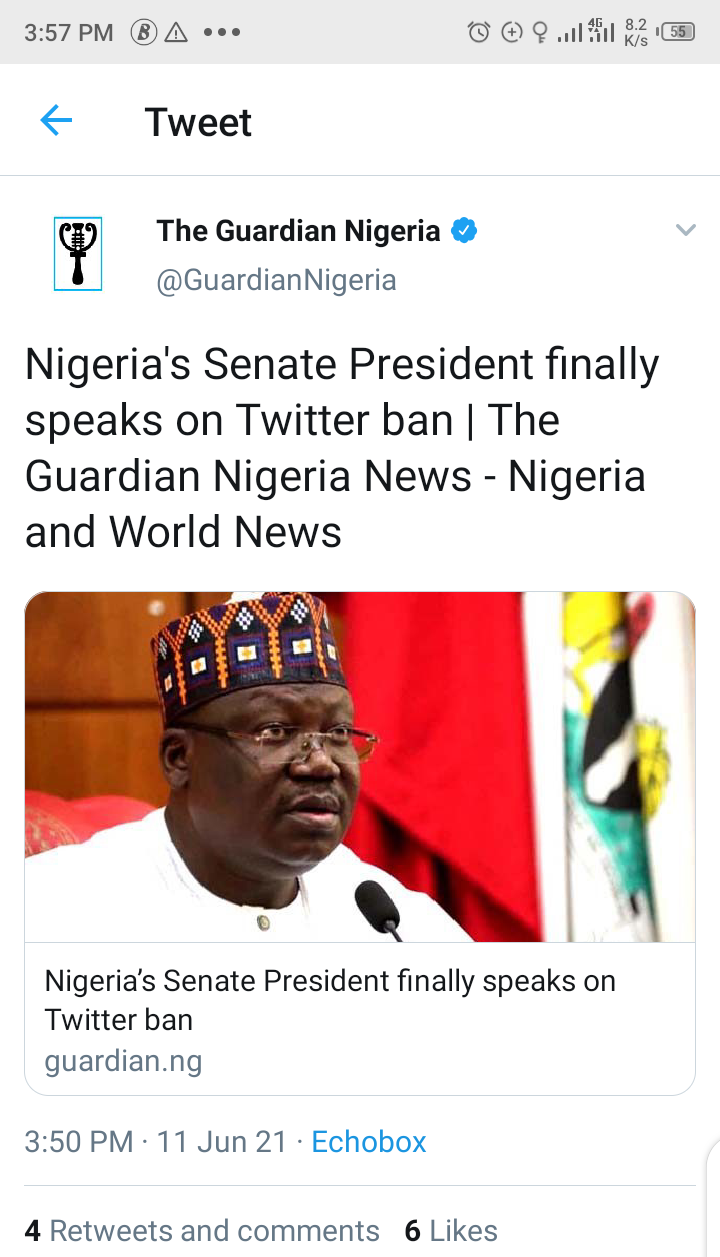 Nigeria’s Senate President Ahmad Lawan Friday was still evasive about taking a stand on the ban by the Federal Government on Twitter, an action that has generated widespread reactions.

Lawan, however, expressed optimism that the planned dialogue between the federal government and Twitter will end the ban on the microblogging site in Nigeria.

The Senate may have disappointed many Nigerians on the expectations that it will at the resumption of plenary on Tuesday touch the issue of the ban on Twitter by the Federal Government as no motion or any matter of urgent national importance was moved. 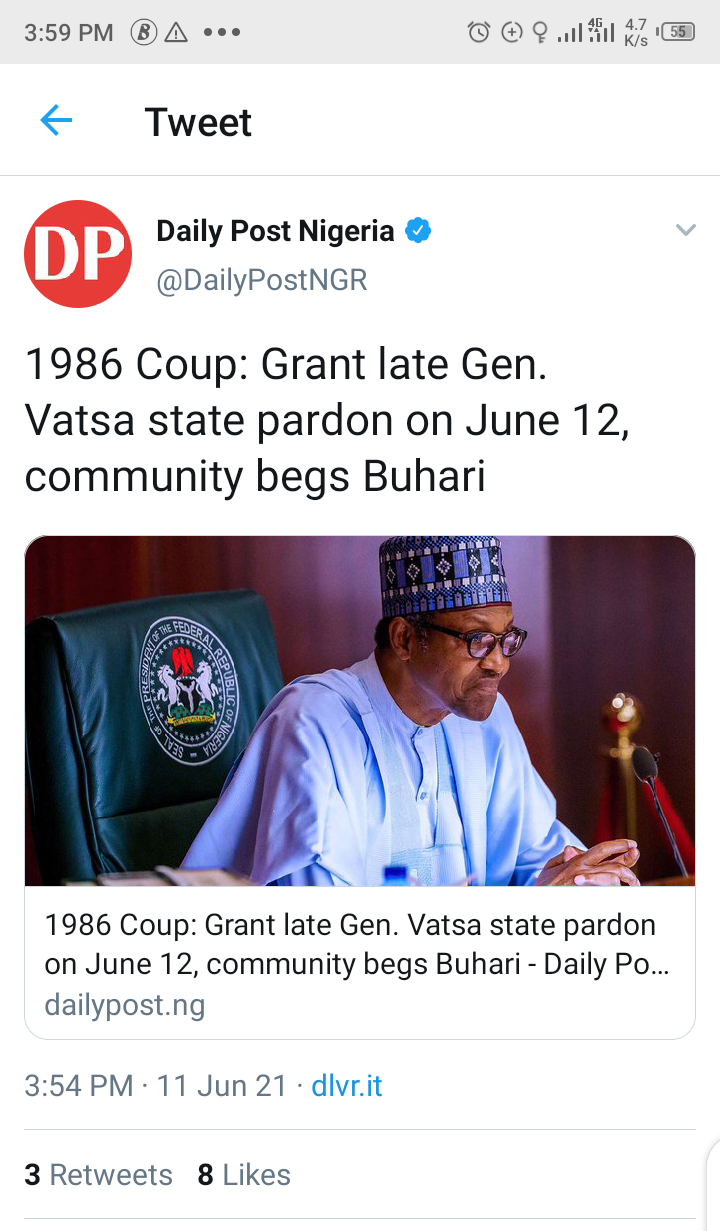 Vatsa was executed alongside nine other military officers for alleged involvement in a coup plot meant to overthrow former Military President, Ibrahim Babangida in 1986

Femi Fani Kayode Reacts After Gumi Said They Should Stop Killing Bandits, They Are Victims Too

"The Whole Nation Is Leaking", Reactions As Roof of National Assembly Leaks After Heavy Downpour