By Confirmgist118 (self media writer) | 2 years ago

At the end of this month, the world's 1.5 billion Muslims celebrate Eid al-Adha, a three-day festival that typically involves public fasting, children's presents and visits to family members. But the main ritual is what gives the holiday its name: "Adha" means "sacrifice" in Arabic. Many of the families who can afford to do so would kill an animal — maybe a ram, a goat, a donkey, or a camel. The animal must be blindfolded, kindly set down and then killed as the name of God is praised. The meat is eaten by the family and is often distributed to neighbors and the poor.

To certain non-Muslims, it may appear strange that Muslims are participating in such a bloody practice. Yet Jews and Christians should be able to connect to the origin of the holiday: the biblical story of the sacrifice of Isaac. This narrative is in the Book of Genesis and, with some notable differences, the Quran. Through this story, Abraham receives a stunning order from God: he must give his beloved son as a sacrifice. As a faithful servant of God, he decides to follow and takes the child to Mount Moriah to kill him. At the last moment, Heaven, pleased with Abraham 's dedication, saves the boy by sending a ram to replace the son.

There are slight variations in how the story is told in Islam and how it is told in Judaism and Christianity — such as the name of the boy, which the Quran does not mention and which Muslims have slowly recognized as Ishmael. Yet the moral message is the same: the piety of Abraham should be remembered. He was willing to follow God's order, even if it meant killing his family.

These opinion was further expressed by Ibn Arabi, a Sufi instructor from medieval Spain, who underscored the essential complexity of the Quranic version of the story. Like the Bible, in which Abraham receives an clear instruction from God to kill Isaac, the Abraham of the Quran has only a vision in which he sees himself sacrificing his son. 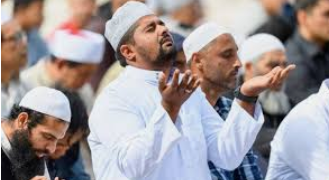 Instead he negotiates his son, and together they agree that this is the commandment of God. Yet this was the wrong interpretation, Ibn Arabi claimed, and by sending a sacrificial ram at the last moment, "his Lord saved his son from the misapprehension of Abraham."

If this interpretation of the sacrifice story is valid, then the lesson for Muslims is that they should be careful to follow what appears to be the will of Allah, and to equate divine commandments with their common sense.

This is particularly true of ordinary mortals like us, who learn religious teachings not from direct scriptures, as the prophets do, but through the messages and interpretations of false men. Our guidance should never be blind obedience, in other words, but a rational deliberation.

Another lesson to bear in mind is this Eid al-Adha: the centrality of the sacrifice tale in Islam is a reminder of how profoundly and practically the Abrahamic faith is. This is why Muslims are going through the same religious conundrums that Jews and Christians have always addressed in their history. 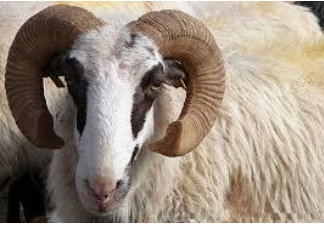 This is why, within the next few days, hundreds of millions of Muslims will respect Abraham with their sacrifices. "O our Lord," they would also say in their daily prayers, "bless us as you blessed Abraham and the family of Abraham."