Three Ways To Pay-Off Your Debt.

By ThomasUsigbe (self media writer) | 16 days ago 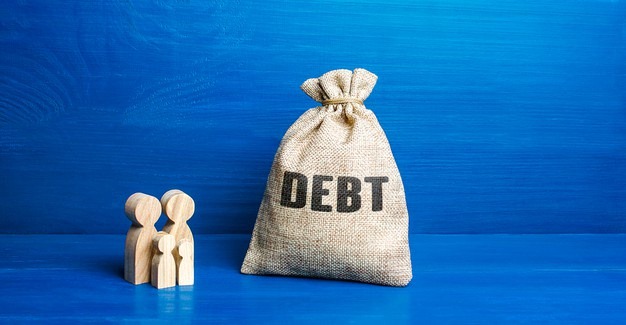 Unstable economic conditions, the accidental downturn in one's fortunes, sudden and unexpected calamities are some factors that could it make it difficult to pay off one's debt.

But despite all that, every debtor still has a moral obligation to pay their debt as failure to do that on an agreed date can attract the displeasure of God and one's creditor.

"Owe no man anything, but to love one another: for he that loveth another hath fulfilled the law"

"But the same servant went out and found one of his fellow servants, which owed him a hundred pence: and he laid hands on him, and took him by the throat, saying, Pay me that thou owest".

If you have found yourself in a debt trap please follow these simple steps to untangle yourself.

First, realize that it is possible to live a debt-free life. This is the stand and opinion of the Scriptures.

"But Jesus says.... with God all things are possible."

It means, with the support of God, It is possible to live without being indebted to anyone.

Jesus says in Mark 9:23 that If thou canst believe, all things are possible to him that believeth"

Having established that it is possible to have a debt-free life, the next step to take is to seek counsel from trusted and genuine ministers of God on how that can be accomplished.

A woman in the Bible was thrust with the obligation to pay off a huge debt owed by her husband after the latter's death. The creditors had come to take her two sons to sell them as slaves if she couldn't pay the debt within a defined period.

In her desperation, she ran to prophet Elisha for help. She admitted to having nothing but a pot of oil when quizzed by Elisha as to what she had in the house.

Elisha instructed her to go borrow empty vessels from her neighbors and pour the oil into each vessel. She carried out the instructions as she was told.

As she poured the oil into each borrowed vessel, the oil grew until the last vessel was filled. She reported her experience to Elisha. She went, sold the oil, and had resources to pay off her indebtedness and leave off of the rest.

The wisdom to pay your debt lies in the hands of God. Try and seek counsel from genuine ministers of God and not charlatans.

Secondly, you should pray fervently to God about your debt and tell Him how uneasy it has been for you to bear the burden of your indebtedness. He has even told us to bring our concerns to Him and promised to take care of them.

"Humble yourself therefore under the mighty hand of God, that he may exalt you in due time: Casting all your care upon him, for he careth for you"

"Come unto me, all ye that labor and are heavy laden, and l will give you rest".

One of the promises of Scripture you can stand upon in your prayers is Deuteronomy 28:12:

" The Lord shall open unto thee his good treasure, the heaven to give the rain unto thy land in his season, and to bless all the work of thine hand: and thou shalt lend unto many nations, and thou shalt not borrow"

There was a man in the Bible who had a huge debt to pay; and when he couldn't pay, he sought an audience with his creditor, who after listening to his case, had mercy on him, and forgave him his debt and the man was happy thereafter.

Here is the result of the man's appeal for debt forgiveness:

" Then the lord of that servant was moved with compassion, and loosed him and forgave him the debt"

Try what l have suggested above and by the grace of God, you will be free. If you have not given your life to the Lord Jesus, please turn away from your sins and make Him the Lord of your life.

Thanks for reading this article