"I Am A Muslim With A Christian Blood And A Jewish Heart" - Imam Of Peace.

"I Am A Muslim With A Christian Blood And A Jewish Heart" - Imam Of Peace.

The Controversial Imam who goes by the name tawhidi who claims himself to be an advocate of peace had in recent time seen criticizing different Government in power, as he claimed himself to be the voice of the weak. 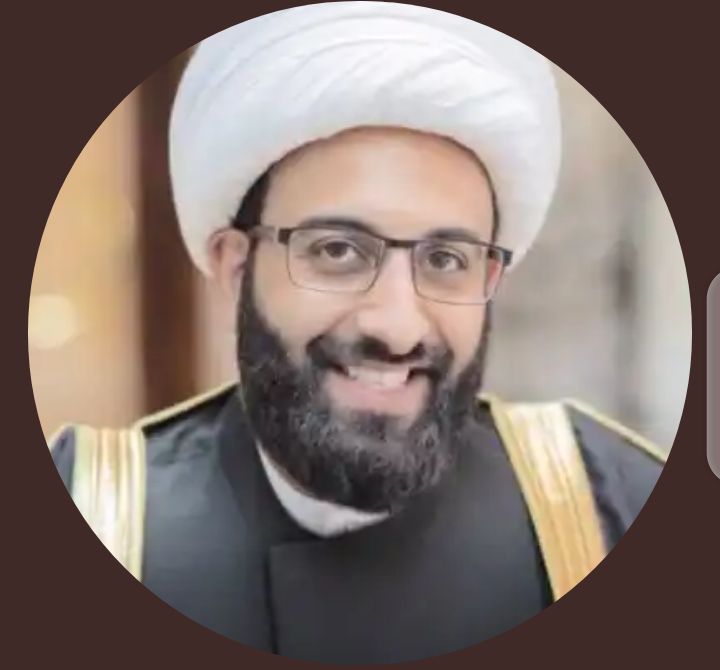 It could be Recalled that he even accused the president of Nigeria months ago for have fully knowledge of the boko Haram insurgency and doing little or nothing to curb it due to his involvement, has he had claimed by then.

The Imam who had been denied by some world scholars of Imam who claimed he was not part of them, and all he preaches were mostly not part of the messages of Allah, as it was then confirmed he was among the group of scholars he had claimed to belong.

The same Imam of peace had taken to his Twitter account to write a statement where he wrote "I Am A Muslim With Christan Blood And A Jewish Heart, it pumps through Hinduism to my Buddhist mind and generates a Sikh vision. I Breathe Zoroastrian and think Baha'i."

He claims his feelings are yezidi and his dreams are spiritual and when he sleeps, he is non- religious and is human when he wakes up. 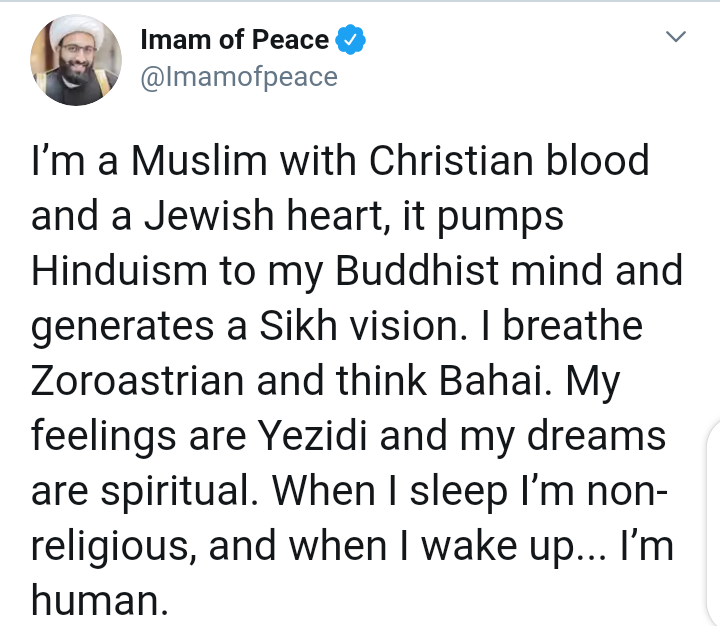 This had not gone down well with a man who expected him to stick to a religion and stop claiming he is everything at a particular moment, so he claimed the Imam need to visit the hospital urgently and get a doctor examine him.

He Claimed all his doing is just a bid to get attention and get back into the lime light, as he once enjoyed a bit of Fame as he was one of the most talked about personality as at a particular time.