By Shalomagencies (self meida writer) | 8 days 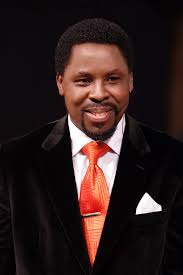 Prophet Temitope Balogun Joshua is the founder of the Synagogue, Church of all nations. He was one of the most controversial pastors of our time and also enigmatic with his preaching style and miracle performances. He was born on the 12th of June, 1963 in Ondo State Nigeria and it was reported that he stayed in his mother's womb for 15 months. According to his church, he attended St. Stephen Anglican Primary School in (ikare-Akoko 1971-1977). He only spent one year in secondary school, before going to work in a poultry farm. 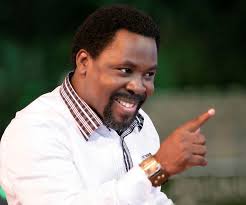 People knew him in school then as small Pastor, because he loved the scriptures and had the gift to predict things that would happen in his society, he was also known to be the Leader of the Scripture Union while in school. After embarking on a 40 day fast, he was called into ministry in a revelation. He then started his church on 1987 with just few members and gradually his church began growing and it spread all over the world. He then founded the Emmanuel TV which was watched by many all over the world. 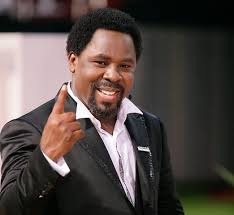 He was a philanthropist, while alive. My People FC, a football club he started 2009. The WBO international light Middleweight Champion King, Joshua Emenogu had said that the prophet had financed him throughout his professional career. In 2011, he was the third richest pastor in Nigeria, with an estimated networth of about 10 million dollars by Forbes. He was popular to the extent of having over 3.5 million followers on Facebook. 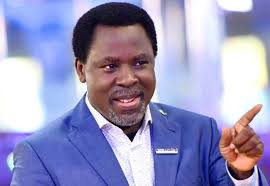 He was faced with a lot of controversies, yet he never said a word about any of those, in 2014 his building collapsed and no less than 115 people died and we're killed, yet he kept on preaching and witnessing. In 2006, he wrote a book titled ‘The Mirror’ and in the book he said “ I am what I am today because of the victory through Christ's Jesus victory, the rest his history”.

May the Soul of the Prophet Rest in Perfect Peace

Content created and supplied by: Shalomagencies (via Opera News )