Opinion: “This Is Why I Don’t Believe In God” What A White Man Once Told Me 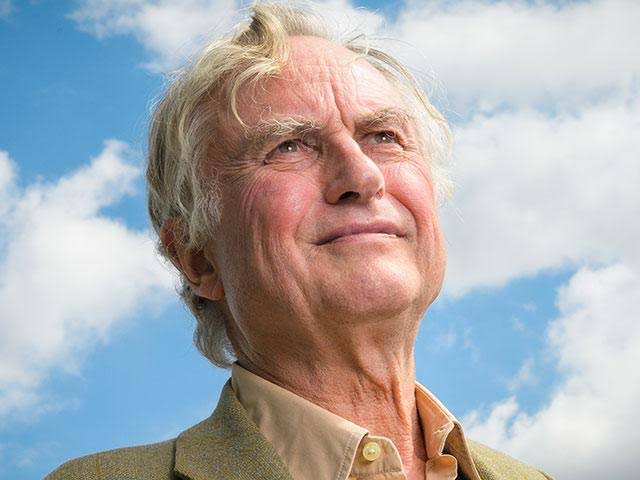 Richard Dawkins, prominent evolutionary biologist and atheist who is very critical of belief in God and religion (Image: CBN.com)

It was on a sunny day in 2008, my friends and I were cooling off under the shade of a tree in front of a hotel. A very tall white man walked out of the hotel and strolled casually towards us, greeted us and rested his gigantic frame into a vacant chair nearby. “How are you doing?” he asked us, I remember myself and another guy responding as typical Nigerian men: I thank God. The white looked at us as if we had said something ridiculous. What is with the look? I remember asking him.

“I don’t believe in God.” He replied as a matter of fact. To be honest, this was the first time I am meeting someone in real life who declares he does not believe in God. It was like meeting Charles Darwin in person. Manager, one of the spiritual guy among us turn to the white man and asked him who created him. The white man responded that he believes in natural selection. I said it, he must be Charles Darwin!

“If you are not a Christian or a Muslim, what are you?” Manager prodded further, but the white man smiled casually and told us that he is a Humanist, he believe in mankind and their right to live happily in life. Manager would have none of that, he challenged the man that how could he be in peace with himself and with life without God.

“What is happening in Jos now?” The white man asked us. During that period crisis had broken out in Jos in Plateau state with report streaming into Abuja that many people have been killed and properties destroyed. “Religious crisis”, I responded. 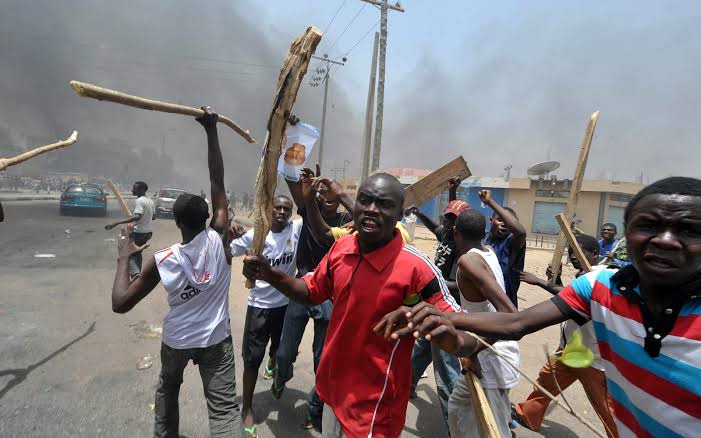 Religious crises had the plague the question for unity among Nigerians (Image: The Guardian Nigeria)

“That is what I mean!” the white man responded triumphantly, “This is what believing in God leads to.” We were all silent. He is right. Most of the crises in Plateau and even Kaduna states had been religious, mixed with ethnicity. “Imagine if they people don’t believe in God or belong to any religion, would a “religious crises” be going on in Jos or anywhere else?” We had no ready satisfactory reply to this question.

“I believe in humanity, I love mankind regardless of their beliefs or associations. Once people began transferring the love they ought to show to one another to an entity called God, people began showing hatred and dislike among themselves and might even kill each other should the little strand of humanity that binds them snaps.” Curious as I was, I decided to look into Humanism, what it means and how it has helped mankind, and if it had helped people more than believing in God has.

In the past, believing in God was noticeable in every culture on earth, societies worship God through various religious rituals and practices, and organized their society based on the teachings inspired by the system of their belief in God. Ultimate knowledge and understanding of issues and reality are religiously determine: diseases are caused by demons, and demons ruled the seas, the forests, and the night skies. For the sake of God, societies that don’t share the same belief in God often clash over beliefs: Christians versus Jews, Muslims versus Christians, etc. 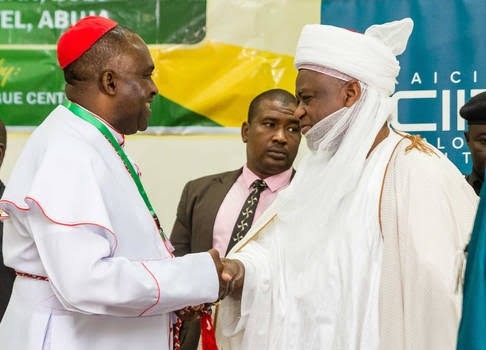 The love of humanity should be more reason by Nigeria must strife for peaceful coexistence (Image: Kaiciid Dialogue Center)

Human society was not faring better then, diseases were rampaging lives and societies, ignorance was becoming a destructive menace to the society, people were killing themselves and destroying their communities fighting for God. But in Europe, some men began to reason that, before the rise of Islam and Christianity as major religions in the world, the world before then had been very progressive, great civilizations had flourished: Egypt, Mesopotamian, Greek, Roman, why did civilization collapse into darkness and decay. The belief in God and religious stronghold on human progress was responsible for that. This was when the Humanist began to emerge. They first emerged in Europe.

That is why Europeans were the initiators of discoveries that brought about the modern world. For the betterment of human lives, the humanist began engaging themselves in exercises, experiments and researches that did not only question religious claims but the existence of God. The Humanist brought about the revival of secular thought and investigations into the cause of things: about 500 years ago the first major consequence of humanism manifested, the Renaissance. The Scientific Revolution followed after, almost simultaneously with the Reformation. Then there was the Industrial Revolution, the Enlightenment, and eventually the modern age. 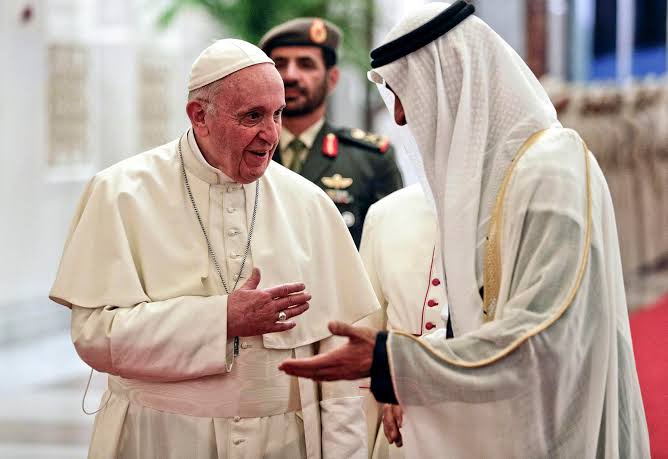 The dignity of religion is in encouraging human happiness, peace, and progress. Anything other than these makes people disapprove of religion as well as God (Image: Andrew Medichini/ United States Institutes For Piece)

Religion did not bring mankind to its present state of development, humanism did. It was humanism that brought the concept of human rights, rule of law, and democracy. Had it not been for secular humanism, a select few would still be laying to claim to divine right to rule over a massive population of poor people destined by God to serve their masters. Christians and Muslims would still be burning suspected witches and wizards, criminals, and blasphemers – although some Christians and Muslims still do this today, in Nigeria. If you look closely you will discover that these practices are defended citing religious texts.

Yes, there are those who don’t believe in God and had been as murderous as religions had been in the past; Joseph Stalin the leader of communist USSR was an atheist but he murdered so many people and engaged in several human rights abused. This is because he does not believe in humanism.

I realized, unlike the white man who introduced me to humanism, that one can still believe in God and still be a humanist, preaching more of God's love to individuals who have fallen short than to dispense capital judgment on them as religion duly prescribes. Humanism has made much progress in Christianity than it has in Islam. The recent cases of blasphemers sentenced to death in Nigeria and how many Muslims supported it is an indication that humanism is yet to make its mark in Islam (in Nigeria). Also, the fact that Christians disapproved of the death sentence for blasphemy does not mean that there is no similar prescription in the Bible, but the evidence that most Christians adhere to humanism than they were aware of. Yes, Jesus preaches love and peaceful coexistence, but the church had executed blasphemers in the past in Jesus' name. 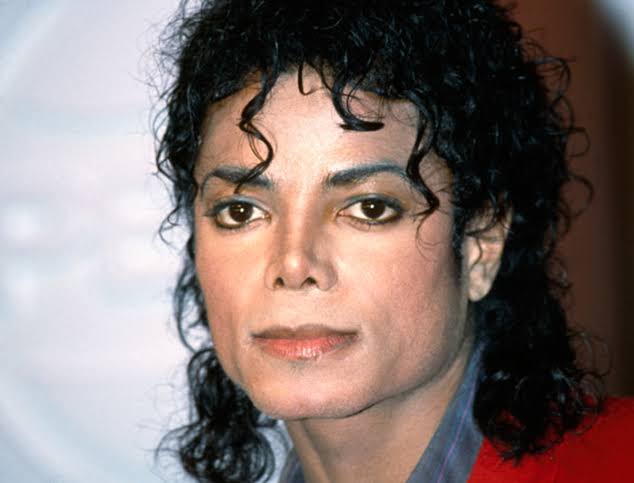 Michael Jackson has preached human love and unity in numerous of his songs (Image: Biography and Biography)

Humanism in Nigeria is relative, it exists within a particular society or group, be it ethnic or religious, the poor or the rich. People tend to show compassion and understanding to people they belong in the same group; a similar offender from a different group will hear people calling for his or her head by those who claim to he humanists. Humanism is universal, it should not be restricted to any group and must be impartial. This is where religion exposes its flaws, God's love is meant for their society alone: Jehovah favours Christians and Allah Muslims. No God loves all humanity the same regardless of differences in creed and belief. It is such a sad realization and it has made many to be delusion by God and give up on religion. That is probably why the white man did not believe in God.

That is why humanists think it is noble to save humanity instead of relying on Jehovah and Allah who are concern about pitching their followers against one another.