Does God Exist and Is the Bible True? You'll Know After Reading This

By Azoppy (self media writer) | 1 year ago 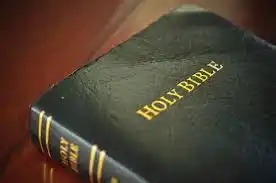 A lot of strange things are happening in the world at the moment, and we are anxious and worried and stressed as we experience so many things that are totally out of our control.

We wonder whether there is a God and if He is trying to tell us something. A warning maybe. But you've never seen God or an angel or even a miracle, so you don't know if there is a God or not. How does one figure these things out?

The most information about God is of course in the Bible, but how do you know if the Bible is true? Some of it is really weird, some boring, some of it makes no sense.

If you were going to buy a new cellphone, you'd like to find out all you can about it, so you chat to your friends, check the specs on the web, read the reviews, and go to the cellshop to see if it looks good on you.

So let's do the same to the Bible, because if the Bible is true, then God exists, right?

As far as I can work out, all the prophecies, those things foretelling the future, in the Bible, have either happened exactly as the Bible said, or they are still in the future. There are hundreds of prophecies. All correct. For example, it was prophesied that there would be a king called Cyrus that would help the Israelites. Many hundreds of years after the prophecy was written down, it happened exactly as the Bible said. To specify what was going to happen and state the guy by name from a foreign country before his great grandparents were even born is pretty amazing. How could a fake book do that? There are many other examples.

What about other historians that back up the stuff written in the Bible? A non-Christian Jewish historian called Josephus confirms much of the things that the Bible's new testament talks about. And another couple of Roman historians, Senator Tacitus, and Pliny, also talk about new testament stuff in their writings.

Any actual stuff been found that backs up the Bible? Well, considering that the scene of the action is thousands of years old, there's a surprising bunch of evidence that it all happened as it is written; like the coffin-like thing holding the remains of Caiaphas the High Priest at the time that ordered Jesus to be crucified and put to death on the cross. This was found with his name on the side. There is more evidence about the existence of Jesus and all that happened, then there is about Napoleon Bonaparte.

What about the resurrection, where the Bible says that Jesus was dead, but then rose from the dead and is still alive? That's pretty freaky, and sounds totally impossible. This is one of those things that relies on circumstantial evidence, but there's so much of it that there is really only one conclusion any judge can come to. A couple of different lawyers have tried to disprove the resurrection, but have had to admit that on the evidence presented, they have to confess that it is indeed true. Nobody has ever found His body, but there were a couple of hundred people who saw Him alive after He had been crucified. It's like if you find orange peels on your desk, and orange pips on your keyboard, and sticky stuff that smells like orange juice on your screen, you can be pretty sure that someone ate an orange while working on your computer, even though you didn't see them.

There is far too much info to squeeze into this short article, but we all need to search for all this evidence and read it with an open mind. Read the whole Bible for a start, don't be a chicken, it won't bite you! Then check out all the other secular evidence that's out there. The internet's got a lot of junk floating in it, so be selective about who you believe - check out the website's credentials and reputation before you swallow their offering.

I could tell you that God does exist and that the Bible is true, but you need to find this out for yourself. I urge you to do this, as it definitely helps to reduce anxiety and stress in these troubling times.