Find out Where Mesopotamia, Abraham's Birthplace Can Be Found In the world Today

By Businesshub1 (self meida writer) | 16 days

Abraham is known as the father of the Jews, and not the Jews only all semitic race claim to be children of Abraham. He was reported to be a native of Ur in Mesopotamia, before God called him and promised him a country of his. own. 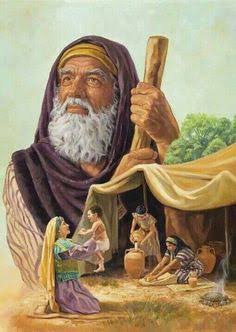 He multiplied according to God's promises and gave birth to Isaac who also gave birth to Jacob who God gave the name lsrael from where the nation of lsrael derived their name because he the father of the Israelites. We want to find out where the Ur in Mesopotamia is located today, so that we can identify the origin of the people of lsrael and thereby identify their ancestral relations. Where in world today can we find the city of Mesopotamia?

The answer is not farfetched, the city Mesopotamia is located in the present day country of Iraq according to historians, which means that Iraq and Israel, even though they are not friendly Nations today are ancestral brothers as to their origin It also means that Iraq is more of an accient country than Israel since Abraham came from there.

Content created and supplied by: Businesshub1 (via Opera News )

10 Africa Countries With The Most Beautiful Women