Religion and your character. What defines you?

By Reasonbeyond (self media writer) | 2 years ago

RELIGION AND YOUR CHARACTER. WHAT DEFINES YOU? 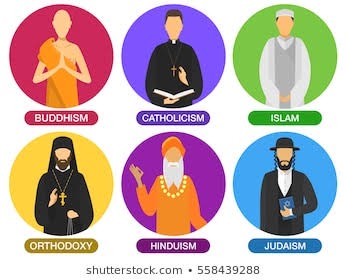 Yesterday was a great day for me to experience different aspects of mankind and the attitudes of fates and faiths in a man. The ceaseless falling of the rains that wetted cats and dogs exposed me to another phase of life.

I left my place of work while the rain was spitting massively from the sky in expectant of catching up with a cab as I reached the bus-stop. But, I waited for some minutes and it was gradually becoming an hour, then, I decided to trek forward. Who knew maybe I would find one on my way.

Alas! Everybody was at every junction waiting for a transport.

I met Brother lawal, one of my colleagues at work, at a junction, looking pale and distressed, waiting as well for a cab. So, we both agreed to be going to the next bus stop accompanying by a cooperate guy whom I didn't know about. He was well suited up and looked neatly. He smiled a lot but wearing a focus look on his broad face.

We were walking-jogging and discussing Nigeria and Nigerians till we reached the secretariat bus stop without the guy.

Brother lawal and I were in front of the Access Bank adjacent to the Government House; mumbling adhikar while a man packed his grey color Range Rover to render an aid to the people going to Bẹrẹ side.

I ran to the car; opening its back side door and calling my mate to let's board. The man didn't look at the back until I screamed,

He turned back and frowned. He swallowed the whole grudges of the world. Then, he said,

"Please, get down. I don't board Muslims"

I was shocked and amazed. He declared his intention publicly.

I've been hearing stories like this, but it has happened to me now.

A Christian hating Muslims so much to the extent of suffering them in the rain can do anything if he is opportune to reach an higher post. If not that I have met some Christians that are of good personalities and characters, I would agree, that yesterday, that all Christians are evils.

But, does being a Christian, Muslim or Traditionalist tell who a man is?

A man can be a Muslim and possesses horrible characters and personalities.

A man can be a Christian and owns an outstanding attitude.

If you meet a Muslim of bad character, that doesn't mean that all Muslims are like the person you came across.

If you come across a Christian of good characters, it doesn't mean that all Christians are good.

The same thing is applicable to tribalism as well.

You are a human before religions and tribes. Let's promote the humanity and stop being a stereotypist.

Do good to the people. Let your characters preach your religion. Propagate the right path with your good personality.

That was how the prophets and messengers of the Most Merciful gained their followers' heart.