My encounter with Pastor T. B. Joshua

I first saw his posters with his long beards and unkept disposition in his early days. His dressing was more as though he is of Celestial Church or such. I heard so much of the negative about him, even to such a point that someone sent me videos of some negative allegations against him from people who claimed to be his former associates.

When I watched the videos, I was as it were gotten, except that when I slept that night, an Angel of the LORD came to me and took me to Matthew 5 and showed me the lines of the blessedness of being persecuted for righteousness sake. 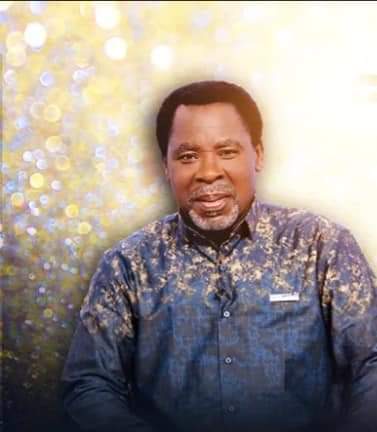 I later took a bold step to visit the Synagogue to satisfy my curiosity the more. Because I had heard that they make people pay before being prayed for, and that the miracles are fake, but I got into the prayer line and no one asked me to pay before being booked for the prayer, and some people who had terrible conditions who boarded the same Bus with me got healed and one was an Igbo woman who brought her husband with a lumber something on his neck ( I am not a medical doctor), and when the man turned his neck during mass prayer without being touched and removed the lumber. They sat beside me and I saw him tap his wife and said, "Ugom olua dikwa Ka odila mmaoh. Akam na elekwa ihea oh." When it turned out that he had been healed, his wife ran mad as it were.

Subsequently I saw the helps he gave to people and I counted up to N4M in a day and I was like, what?

I went to the corner where they sold the anointing water for N5,000, and the queue was heavy, and I bought it on the grounds of whether it is miraculous or not, if we could buy sachet water to drink, we could buy this water too and I asked myself, "how many people have I helped with N5,000 in my life?" Hence, I bought mine as also a way to support the charity course of this man in the synagogue since I was not a partner.

I had to go to church as early as 4AM for a chance to get into the church to worship. On the first day, in spite of the 4AM, the hall was filled up before I arrived and I ended up at the overflow. But the next day, I made it into the church.

At the church on Sunday, when he entered, no noise, he just passed by my seat and it turned out to be him. He carried and air of simplicity and serenity.

I saw him in my dream severely and he told me a few things about himself and majority of the times h would give me one gift or the other, but I never had the opportunity to meet him one on one.

He must have had his personal and ministerial weakness, but I think he sure made a mark that is uncommon for his age, his level of education and background.

All his mistakes or weaknesses are now immaterial, but if he is truly a man of God as presumed, as it is with every true prophet of God, Heaven would not relent to testify of it in many ways even in his absence. But I sure believe he was a real man of God with human or ministerial frailties like every other man or woman of God.

God bless his soul and his family be granted the grace to Carey on.

His wife was a calm and amazing woman. His son was always not noticed in his ministry to a point many did not know that he has a male child. He spent more money in training other people's children in education than he spent on his own children. His children and wife are perfect example of an accommodating family, because they tolerated and accommodated others and allowed them work with their father without being a problem to them. It was never in the news that his wife or children were a problem to his life and ministry. What a man we shall miss. What a family we shall have so much to learn from.

His critics are free even to continue that in his absence, it is a free world, but the best judge of us all is the Most High God who knows us all inside out.