The Victory Of Prayer 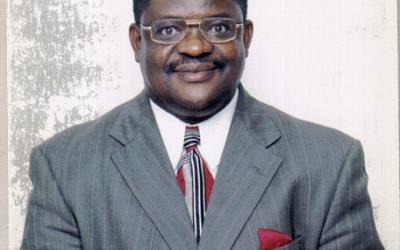 Every generation must have a fresh touch of God; otherwise, the gospel becomes perverted. Religious manipulators use the name of Jesus for their own selfish motives, and the gospel has no effect on the lives of people or on society as a whole.

Our generation has been plagued with religious manipulators. The evangelical church has become accustomed to the preachers of “faith” begging for money on TV rather than trusting God. It has become the norm rather than an exception. We speak of success and prosperity rather than the victory of the cross. We have produced a generation of Christians who believe that diamonds and expensive cars are proof of a successful Christian life. And some of these Christians, because they have bought into a lie, cannot even pay their tithes and offerings when they come to church, because they are deeply involved in the rat race. We have forgotten that we are called to be like Jesus. And Jesus did not think in terms of outward success. He lived only with the thought of obedience. His joy was to do the will of the Father. What is your joy? And whose will are you doing?

A cloud of darkness hangs over much of the church. Evangelical Christians in America have come through some of the most embarrassing periods in history. Every major newspaper in the United States has published stories of the sins and perversions of Christians. Many Christians wait with deep concern, wondering who the next leader will be exposed for his or her sin. Others flaunt their sins by marrying, divorcing, and remarrying, while at the same time writing their books, pasturing their churches, and producing their albums. They proclaim that they have understood forgiveness in a new way. Unfortunately, it is forgiveness without repentance that does not produce holiness.

The world looks and laughs. They sneer at the coercive methods of fund-raising used by many evangelicals. The church has become the brunt of jokes rather than the light of the world and the salt of the earth.

However, thousands of years ago before this scandal hit America, greater scandal-hit heaven. That scandal was pride in the hearts of religious manipulators. Pride always precedes a fall because God is opposed to the proud. Pride has been at the root of human sin for thousands of years. It was pride that caused Lucifer to be lifted up in his heart. It was pride that fostered a rebellion against God. As a result, Lucifer was cast out of heaven. And now he continually encourages pride in the hearts of men and women so that they will join him in his rebellion. He is often subtle in his attempt. He dresses pride in many different robes--robe of self-

righteousness, of cultural and racial pride, and of spiritual arrogance. When one of God’s children clothes himself with one of these robes, there is a scandal in heaven. And in a matter of time, scandal in heaven becomes scandal on earth. God’s light ultimately exposes the secret sin of pride. The only robe for the child of God is Christ’s righteousness and grace—the robe of the humble heart.

The first sign that scandal has hit heaven is prayerlessness when the sweet fragrance of the prayers of God’s people ceases to ascend to His throne. The church begins to depend upon technology and human talent, substituting man’s ingenuity for God’s power. The church begins to run on bureaucracy rather than on the bended knee. When form and function replace prayer, the church becomes spiritually anemic. Andrew Murray stated, “Prayer is the pulse of life; by it, the doctor can tell what the condition of the heart is. The sin of prayerlessness is proof for the ordinary Christian or minister that the life of God in the soul is in deadly sickness and weakness.”

The church must recapture her distinctive. The church is not built upon manipulation and money. The church is built upon the might of God. If the church is to be light in this perverse generation, she must humble herself and pray. She must understand that victory comes from her knees.

The Potential for Victory in Christ
Prayer is the manifestation of a humble heart. Humility secures the grace of God and our victory. The humble heart is not an option; it is a necessity. E. M. Bounds, who well understood the life of prayer, said, “God puts a great price on humility . . . . That which brings the praying soul near to God is the humility of heart. That which gives wings to prayer is lowliness of mind. It gives access to God when other qualities fail.”

Victory flows from the heart of humility because the grace of God is applied. When we understand this principle our whole perspective changes. And the greatest example of this principle is the Lord Jesus (John 16:33). Jesus made this statement immediately before going to the Garden of Gethsemane.

However, Jesus knew the heart of the Father. Out of this knowledge, He endured the cross “for the joy set before Him” (Heb. 12:2). Philippians 2:8-9 says, “He humbled Himself by becoming obedient to the point of death, even death on the cross. Therefore also God highly exalted Him and bestowed on Him the name which is above every name.”

Jesus knew humiliation preceded exaltation. The essence of His life was humility. And although He exists in eternity (past, present, and future) as God, He chose to humble Himself by becoming a man. As a man, he spent much time in prayer. He did nothing on His own initiative; He depended on the Father for all things. His humility was exemplified by His prayer life.

Jesus bids us to join Him in the school of prayer. In this school, we learn the way of victory that is desperately needed in our personal lives, our communities, and our generation. Every great man and woman of God throughout history has been trained and equipped in this school.

The Holy Spirit, the school’s headmaster, establishes our course of training. He has given us professors Law and Failure as tutors. Professor Law teaches us the standard of God; Professor Failure teaches us that we cannot reach that standard. We are led to the startling fact that without Jesus we can do nothing.

Moses enrolled in the school of prayer and became mighty in spirit. Few in the history of man equal Scripture’s assessment of Moses. He was described as the servant of the Lord (Deut. 34:5), the greatest prophet in Israel (Deut. 34:10), the friend of God (Exodus 33:11), and the humblest man in his generation (Numbers 12:3).

Moses was given such appraisal, however, only after his completion of the school of prayer. Moses’ life can be divided into three forty-year periods. The first period was spent in Egyptian schools. There he learned self-sufficiency. He became mighty in the eyes of the world—commander-in-chief of one of the mightiest military forces in the world. Yet, Moses was unable to help his own countrymen. He needed to come under the tutorship of Professor Failure before he could become God’s man. First, he had to discover that his human strength and ability could never free his brothers and sisters in their bondage.

Moses killed an Egyptian and fled in fear to the land of Midian. The mighty soldier became a poor shepherd. He who had much was left with little. Nevertheless, it was there that God met with him. God does not build His kingdom on the might of men and women but in humble hearts.

Our present generation must learn that victory comes from the Lord, not from our own abilities. We have attempted to convert the world with the methods of the world. We have learned the ways of Hollywood and the powers of psychological and emotional manipulation. But we have been left defeated. We must now enroll in God’s school and learn His methods. The method of God is simple, humble, and holy praying men and women. God can do more with a defeated Moses in the desert than He can with a slick, powerful Moses in Egypt. God is looking for broken men and women who will seek His face.

Once we have completed our instruction from Professor Failure, we are enrolled in a new course of study. We become the pupils of the professor's Faith and Confidence. We learn that God does not want merely to give us victory, but that He is our victory.

Often many people have missed the purpose and essence of prayer. Prayer is not a time in which we come to receive something from God. Prayer is an encounter with a holy God. It is coming into His presence—entering into fellowship and a relationship with Him. It is the means by which we get to know Him. Out of the personal, intimate knowledge of God, the victory of Jesus flows through us and into the world around us.

Moses was brought to this knowledge of God in the second period in his life. After He encountered God on Mount Horeb he was never the same. He no longer carried an ordinary rod—he carried the rod of God. He did not act with might and military strategy, but he acted with God’s power and wisdom. His confidence was no longer in himself but in the God, he encountered on the mountain. The victory and deliverance of the nation of Israel came as a direct result of meeting with God.

The need of every generation is men and women who pray. The most powerful resource of the church is a transformed life. The world is not attracted to Christ by fancy edifices but by men and women who have the mark of God upon their inner being.

Prayer is the branding iron of God. We will not make an impact on the world until we have been marked by the Master. The mark of God upon our inner man will bring victory to churches, communities, and nations. We must learn that victory comes on our knees.