Opinion: Taking Pictures Is A Sin In Islam 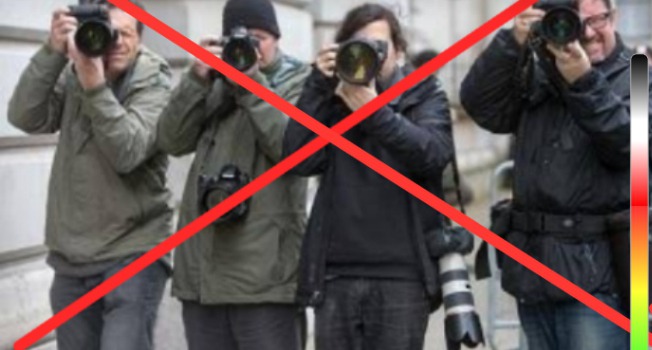 Islam is a religion of peace and orderliness. Since the time of the greatest prophet guidelines, to do list, haraams and halaals have been put to place.

1. Ali (may Allah be with him) said the prophet said " shall I send you on the same mission Allah sent me as his messanger"? Do not go away from a tomb leaving it unleveled and also do not leave any picture in your houses without erasing it. ( Reported by Muslim and Al Nisaa'i narrated by Al Nisaa'i)

2. Ibn Abbas said that the prophet ( peace be upon him ) said that every image maker will go to hell and for every image he took a soul will be given and also be punished in the fire.

3. Abu Hurayrah ( MABWH) reported that the prophet said said "Allah the most exalted said " who does more wrong than the one who try to create my creation let him.

4. Abdulaah ibn Masoo'd (MABWH) reported that the prophet said " the image maker will be severely punished by Allah on the day of resurrection ( reported by Al bukahri see in Al fath 10/382)

5. Ibn Abbaas said " if it's becomes a must to take pictures take the pictures of trees and any other inanimate object.( Reported by Muslim 3/1871)

People may say "but I'm not worshipping them of prostating them " the truth is every Muslim must submit to the teaching of Islam and not argue. If we look at it thoroughly, we will realise the evil caused by this pictures. Pictures caused great corruption caused by the provoking of physical desire and also the spread of immorality caused by these pictures.

Content created and supplied by: Onilamo777 (via Opera News )