By OyimisoMercy (self meida writer) | 1 months

Pastor Chris Okotie, the founder of the Household of God Church has passed a vote of no confidence on Pentecostal Fellowship of Nigeria, the apex Christian organisation in the country. Pastor Okotie described PFN as a "clannish religious enterprise".

Pastor Okotie's outburst is coming after Bishop Wale Oke of the Sword of the Spirit Ministries emerged as the newly elected President of the PFN after its recent elections.

According to the cleric who was once an ex-presidential candidate, PFN has left its core values and mandate and is now a shadow of itself. Pastor Okotie's is obviously displeased by the outcome of the election as he felt Bishop Wale Oke is not qualified to occupy such exalted position.

He pointed out that leadership in the church of God is by divine appointment and not by the imposition of some persons. Pastor Okotie has been a fierce critic of the activities of the leaders of PFN as he claimed that they had betrayed the Christian cause while dealing with politicians in the country. 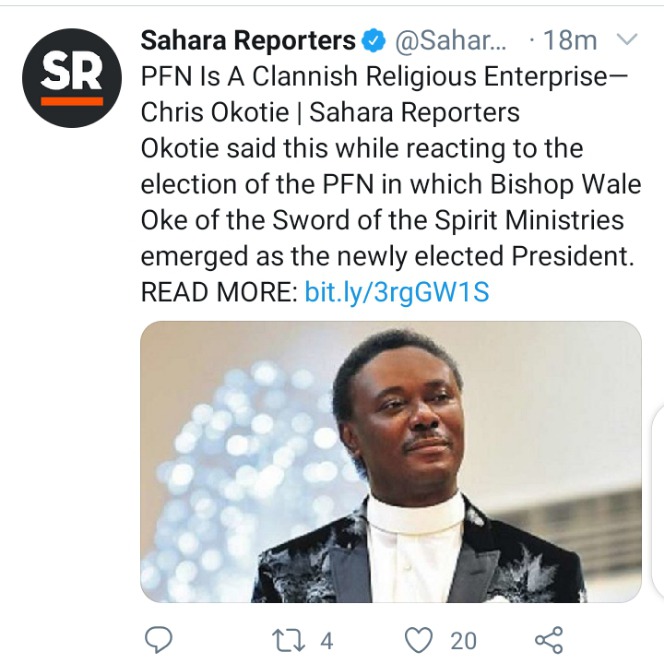 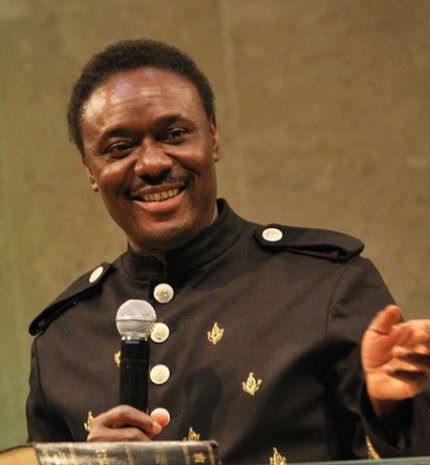 As pointed out above, this is not the first time Pastor Okotie had criticised the PFN. After Dr Goodluck Ebele Jonathan lost out in the 2015 Presidential Elections, Pastor Chris Okotie lashed out Pastor Ayo Oritsejafor who was then the President of Christian Association of Nigeria (CAN) for deceiving Goodluck with false prophecies of victory.

Pastor Okotie stated that Goodluck wouldn't have joined the Presidential race but for the Pastor Ayo who deceived him and led him into failure. He had also described Pastor TB Joshua as an attention-seeking impostor in 2017 after Pastor TB Joshua wanted relocating to Israel. He has been a long time attacker of TB Joshua too. 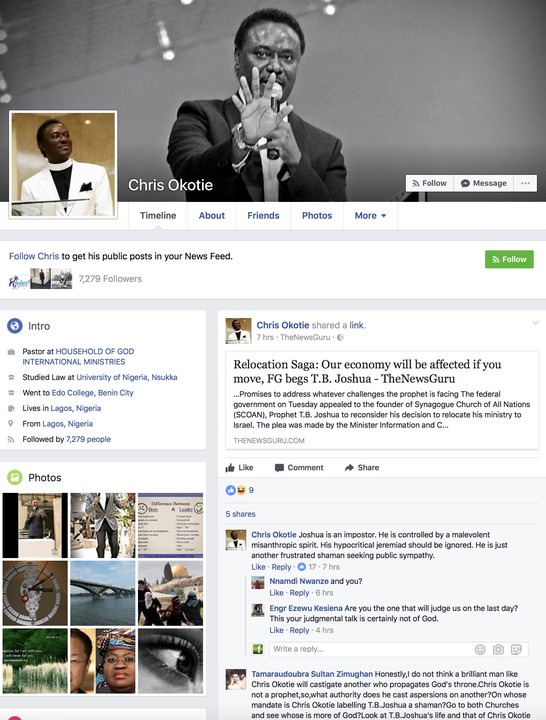 In as much as we all are entitled to freedom of speech, I think it is absurd for someone who calls himself a man of God to attack his fellow men of God with vile and condescending words. As a Christian, correction and reproof are endorsed in the Scriptures but when you go down the way of insults, you have definitely lost it. Pastors should stand for Christ and stop constituting nuisance in the name of Christianity.

Babajide Otitoju Reveals The Cause Of Chad President Death

BREAKING: President Idris Deby Dies After He Got Injured While Fighting Rebels

After the death of Chad's president, see how people react as the son was made the new head of state.

NLC Kicks, Read What They Plan To Do Nationwide If El Rufai Insist On Sacking Kaduna Workers