The bible is a book of mysteries, and in it's pages there's a unique word that no bible scholar has been able to explain. Continue reafing to find out what it is. 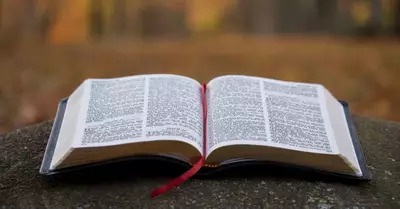 If you read the bible, it's very likely you'll have come across the word "Selah." It appears a grand total of 74 times in the bible, majority of which can be seen in the book of Psalms -although a few others appear in the book of Habakkuk. Despite it's frequency however, scholars haven't been able to agree on what it actually means and why it appears. 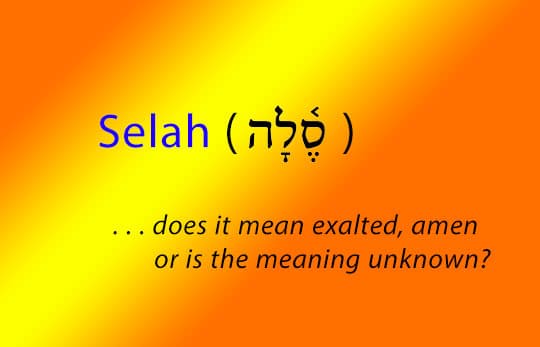 The unique word has no known meaning and even translators of the bible are not sure how to interpret it. If you read any of the very popular versions of the bible such as the King James version, the New American Standard version or the English Standard Version, the word is written out as it appears in the original text (I.e. in Hebrew) as Selah but in other contemporary versions like the New Living Translation, the word is interpreted as Interlude (which indicates a short, often musical, pause), while the New International version just adds a footnote. 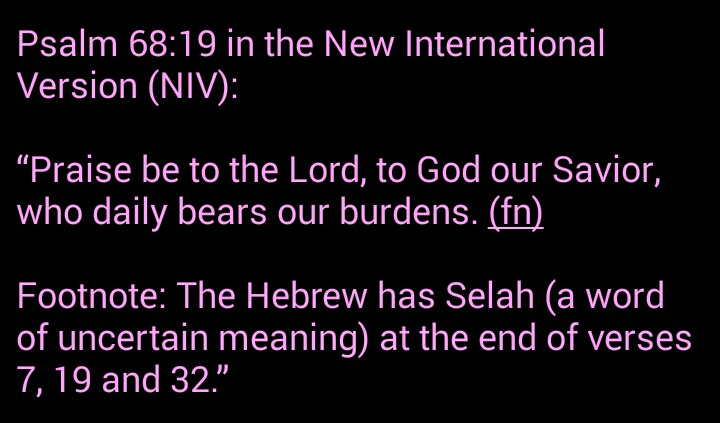 Part of the problem in determining the meaning of Selah stems from the fact that it only appears at the end of verses (after the full stop) and as such it's meaning can't be derived from the rest of the text.

Some scholars theorize that it is a musical notation due to it's abundance in the book of psalms, and most of the psalms where Selah appears are titled "To the Choirmaster." So it's possible that it's actually a way to signal when to calm/slow down when singing the psalm. It could also be a hype word that indicates that the preceding verse actually carries deep meaning (similar to how rappers say *word* when you drop a punchline). 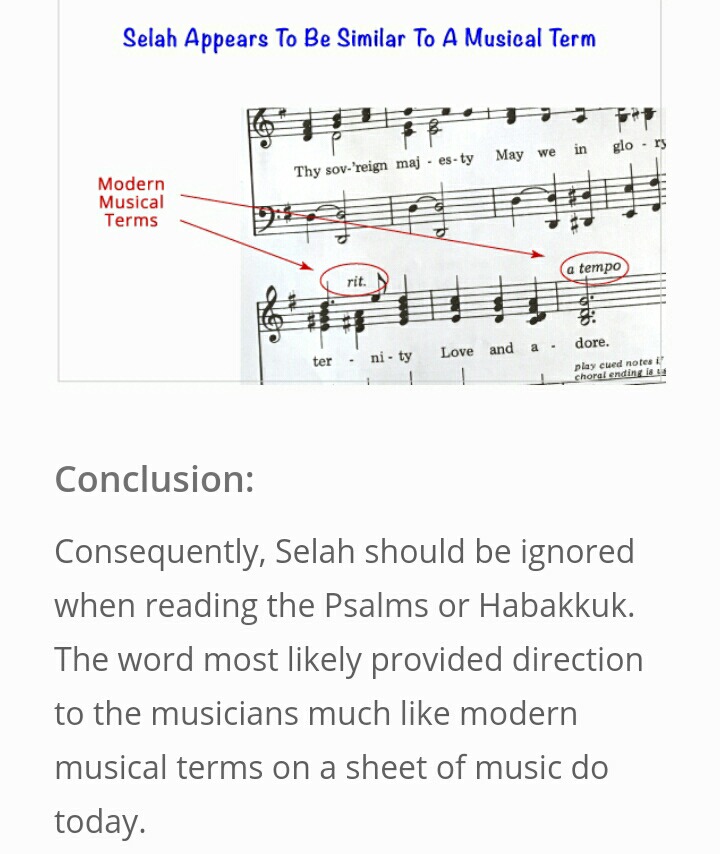 In recent times, some people are now suggesting that we omit it (especially during readings) due to the obscurity of the meaning but many others still read it regardless.

So what do you think about this word? Please let us know if you know the meaning (possibly by divine inspiration) and if you agree with omitting the word from the scriptures or not.

Content created and supplied by: Mohfeyyi23 (via Opera News )