By Charlysac (self meida writer) | 12 days 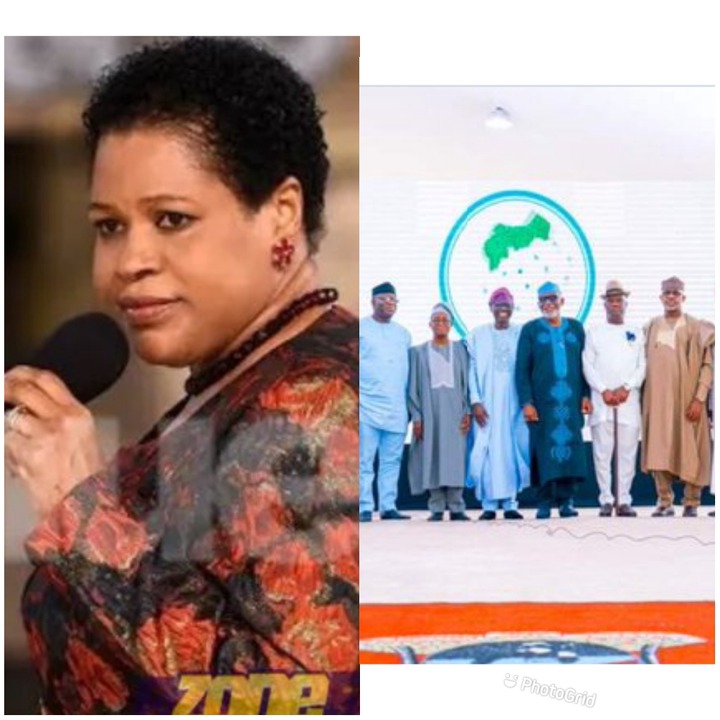 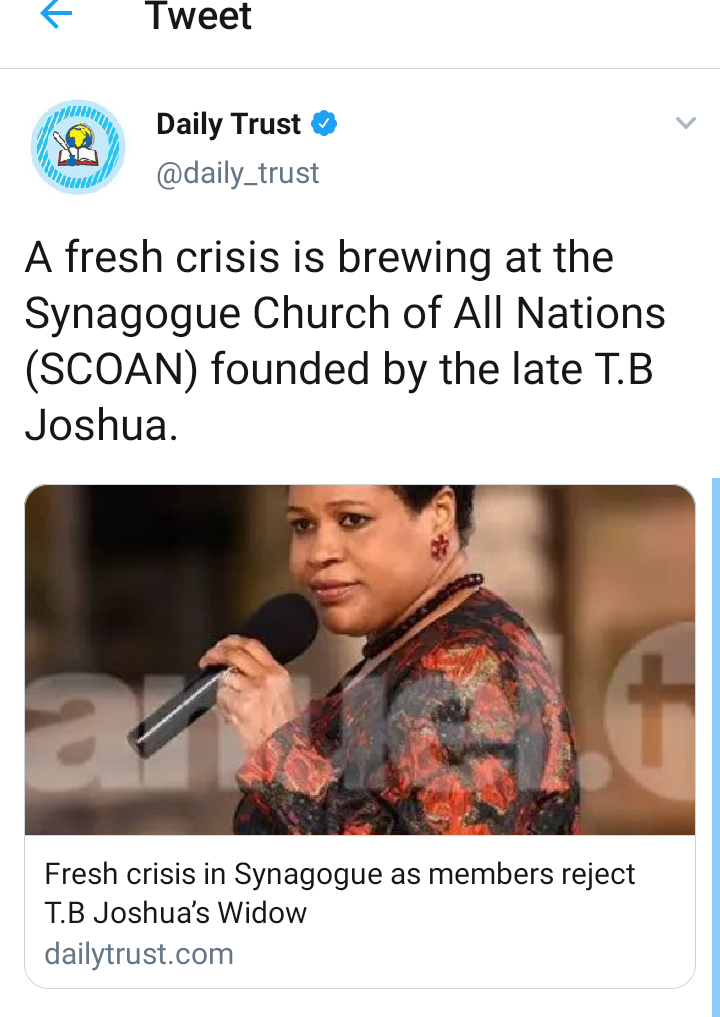 fresh crisis is brewing at the Synagogue Church of All Nations (SCOAN) founded by the late T.B Joshua.

Since Joshua died in June, there have been concerns over the leadership of the church.

Shortly after Joshua died, there were unconfirmed reports on a leadership tussle in the church over his successor.

However, the church denied the reports and said it was focused on giving Joshua a befitting burial.

In a statement signed by one Adedeji Opeyemi, President of GCSM and Secretary, Mr. Brown Chimieze, a group under the auspices of Global Congress of SCOAN Members, (GCSM-) the SCOAN members called on people all over the world to help in “sustaining the church from ruins”. 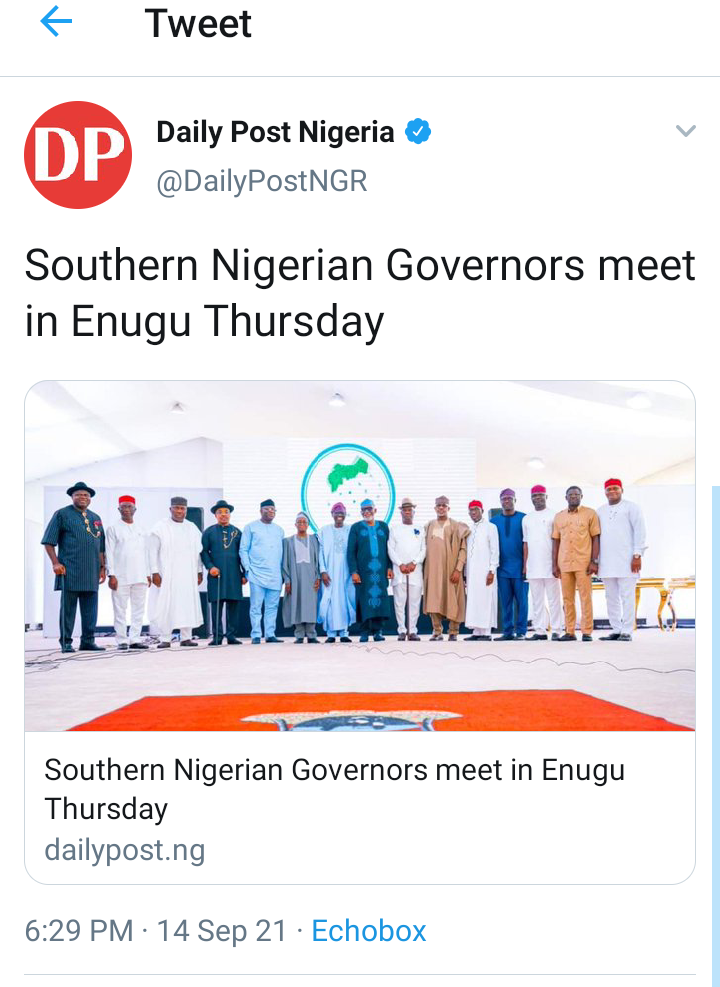 The 17 Governors of Southern Nigeria will on Thursday, September 16, 2021, converge on Enugu State, for their third meeting this year.

The meeting, being hosted by Governor Ifeanyi Ugwuanyi, holds at the Government House, Enugu.

It would be recalled that the first and second meetings of the Southern Governors, which deliberated on regional and national issues, were held in Delta and Lagos states, respectively.

DAILY POST reports that at the Lagos meeting, the governors had set September deadline for the implementation of open grazing ban. 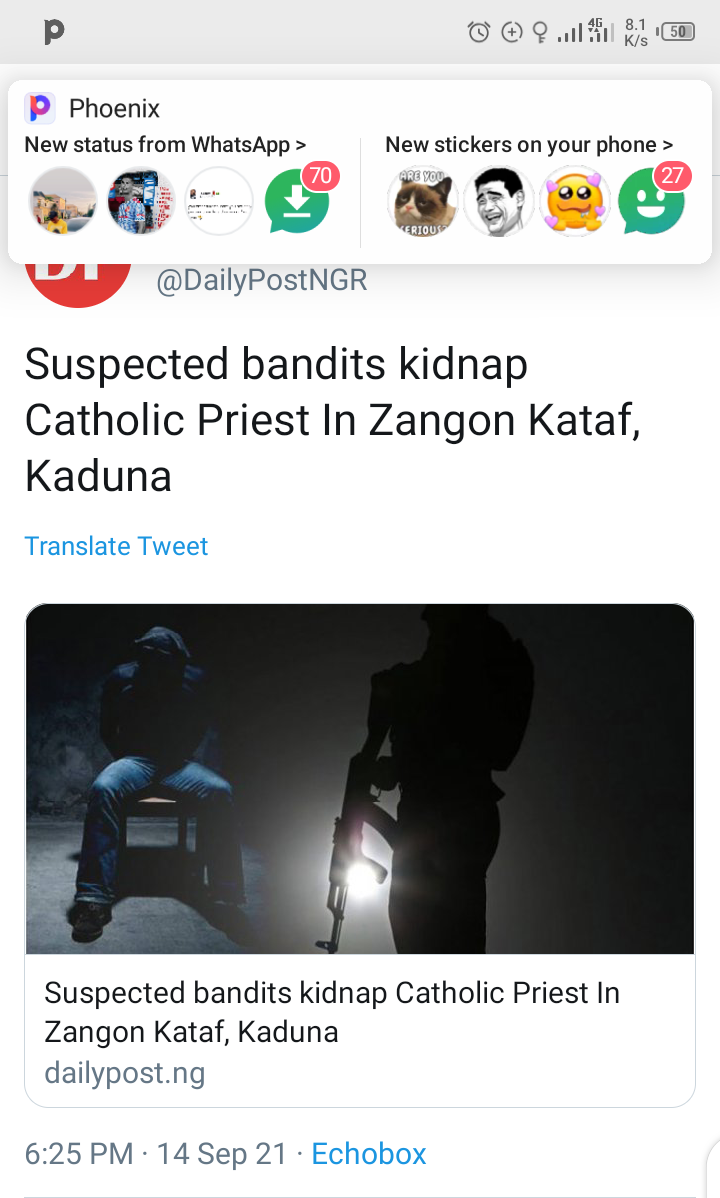 The Pries is the vicar in charge of St. Matthew’s Catholic Church in Anchuna, Ikulu Chiefdom in Zangon Kataf.

A resident of the Anchuna, Mr. Bobby Blessed who spoke to DAILY POST on Tuesday, said the bandits numbering over 30 had stormed the church, shooting sporadically to scare people away, before taking the priest away.

He said the community have not received any ransom demands or heard from the bandits since the priest was snatched Monday night.

Video: Nini has been evicted from the Big Brother Naija Show, check out her last moment in the House

Plateau Imam who saved Christians from attack Awarded. Why other Islamic cleric should emulate him