By Adexterous (self media writer) | 9 months ago

Soon after the departure of the last of the faithful disciples of Jesus Christ, in person of John the beloved, the principles of the kingdom of God that the Lord had laid down for them to preach to all nations of the world was now in the world of the gentiles—non-jews—who knew not Jesus of Nazareth and nothing about the covenants that God had made to the Israelites in the laws of Moses.

Although, the disciples had all done their best to reach out to every nook and cranny of Ephesus, Rome, Corinth, Philippi, Antioch, Alexandria, and some other places around the Grecian empire. 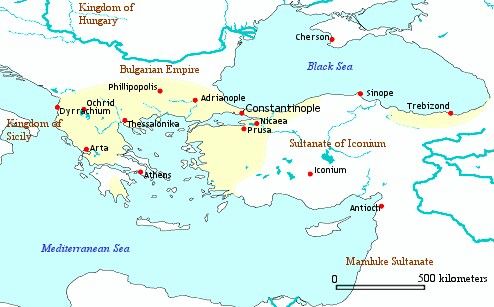 Meanwhile, as Christianity reached Constantinople, one of the ancient cities of the present day Italy, their ruled an Emperor over the Roman empire, whose name was Constantine. The emperor had made an Edict, known as the Edict of Milan, AD 305. The Edict was to make christianity the free and national religion of Rome, and for everyone be free to worship, being protected by the national law.

Meanwhile, the Emperor was only a convert from his previous pagan religion of the worship of the sungod. And because the Edict had permitted a kind of freedom and making Christianity a national religion, the pagan fans, supporters and sycophants of the Emperor, who had never had any genuine conversion, were all welcomed into the catholic church.

As a result of this infiltration, the morality, moderation or modesty that the early christians had preached was now very much at stake, and all the became rampant in the land was avarice and carousing, so that the making of laws, rules and regulations were the only way to control the extremities of the mixed multitude. This made it hard for the early christians to freely and openly hold their common house fellowships and breaking of bread as the apostles had laid it down, because everyone now saw the christians as the perpetrators of the lawlessness.

Therefore, looking at the situation of Christianity today, the same problem still lurks around with some proponents of the faith. While the faith is being preached in its simplicity, some dubious and treacherous disciples, whose stomach is their gods have adulterated the pure principles of love and faith in Jesus. With this kind of situation, it is the genuine conversion that can help minimize the problem.