By Divinegrace10 (self media writer) | 4 months ago

As we read over the many stories throughout the bible, one of the most sensational among them is the story of Noah’s Ark.

During ancient times, ass mankind became more and more wicked, God decided to sanitize the world of this evil and wickedness by completely flooding the Earth. 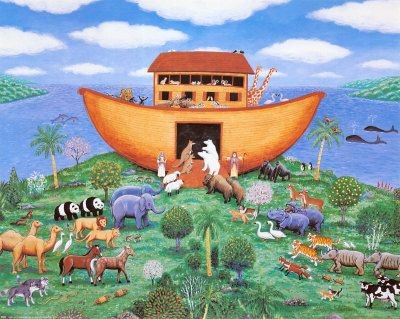 During this time, Noah and his family were not among the wicked and obeyed God’s laws.

God decided that Noah and his family would survive this flood by building an ark.

Noah was commanded by God to gather two of every animal and species (one male and one female) to also ride on the ark as God’s wrathful flood took place.

This way, when the floodwaters went away after the Earth had been cleaned of its wickedness, Noah and his family, and also the surviving animals, could then repopulate the world again.

Modern Views of the Story

In today’s world of atheism and non-believers, the story of Noah’s ark is often mocked and disregarded.

Over the years, experts and scientists have cast many doubts on the notion of a flood covering the Earth, and also the idea of an ark surviving such as a flood.

And they supposedly have lots of data and scientific reasoning why it couldn’t have happened.

However, there are many compelling reasons that are indicating that perhaps the story of Noah’s ark did actually happen.

Let us examine six convincing reasons that support the existence of Noah’s ark and God’s flood. 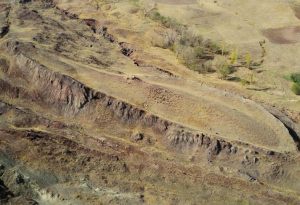 1) Actual Discovery of the Ark Itself – During the late 1990s, a man named David Allen Deal claimed to have found the remains of Noah’s ark.

The location was right across from Mount Ararat which is in Turkey.

Incidentally, this is exactly where many ancient texts claimed the Ark came to rest.

And in a broad sense, the dimensions of these “remains” actually match those that are provided in ancient texts.

2) The Sumerian King List – We referred earlier to ancient writings confirming the existence of the ark, this list is one of those documents.

When the ancient ruin of Sumer was discovered, among the relics was the Sumerian King List.

This list had the names of every King who ruled since the beginning of time.

What was noticed was that the lifespans of the kings that ruled before the great flood lived for hundreds of years.

Yet those who ruled after the flood had lifespans that closely resemble those of today.

This indicates that a great power must have changed a major characteristic of humanity.

In that text were vivid descriptions of both the ark that was used by Noah and also the flood itself.

The scrolls talk about this event in depth and even discuss how the ark was navigated.

4) Discovery of Many Underwater Cities – Over time, we have witnessed the discovery of hundreds of underwater cities – or their remains – all over the globe.

The ages of many of these cities correlate precisely to the great flood, as well as their dates of submergence.

One excellent example of one of these cities is the underwater ruins that were found right off Okinawa’s coast.

During the year 1986, the remains of some giant steps along with pyramids were found there.

This was a very intriguing find because it was located exactly where all the ancient legends claimed it existed. 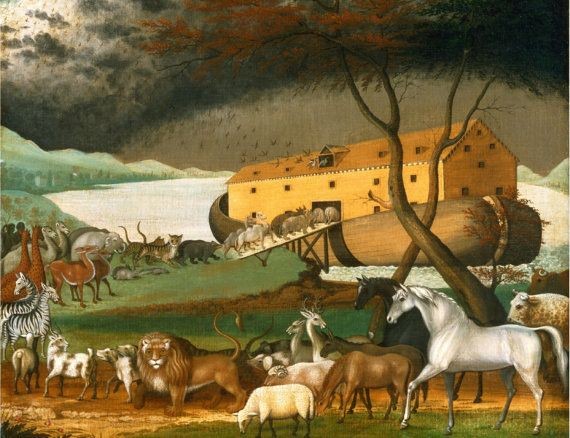 5) Existence of Chevrons Well Above Sea Level – Chevrons are one of nature’s best of flooding that occurred sometime in the past.

Any type of significant water movement or activity will leave chevrons behind.

Many chevrons have been discovered at or above sea level.

During the year 2004, many of these chevrons were found in mountain regions of Madagascar.

Archaeologists have concluded that these chevrons offer proof of past flooding on an extremely large scale.

6) Mainstream Acceptance – After years and years of debunking the idea of God’s great flood and Noah’s ark,

Mainstream researchers have begun to accept the idea because of all the evidence that now supports the story.

This overall acceptance basically confirms that the story is legitimate.