Christianity: Things You Need To Know About Faith And Good Work

By Faithcontest (self media writer) | 1 year ago 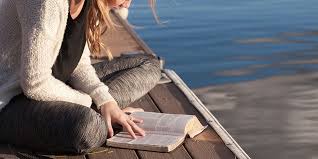 Faith means trust or belief. St. James, in his epistle, admonished Christians who genuinely believe in Jesus Christ to reflect their belief and faith in their lifestyle.

This means that Christian's in their daily life should practice the gospel of Jesus Christ and the word of God which is live, honesty, forgiveness, humility, Faithfulness and charity.

Any Christians who does not practice these virtues is not regarded as a faithful Christian. According to James, Christian's must combine their faith with work.

This means that any Christians who does not practice the moral principles of Christianity is not a good Christian. St. James put it this way; (James 1:22-24).

A doer of the word is one who looks into the perfect law of Jesus Christ which is the law of liberty, And with perseverance, does not forget easily but acts on it.

Such persons receives God's blessings. James went further to say that a truly religious man controls his tongue. Anyone who does not control his tongue deceives himself and his religion is in vain.

For one to practice an acceptable religion before God, on a should be able to visit orphans and widows in their afflictions and keep oneself undefiled by the world.

St. James went further to buttress his arguments that faith without work is dead (James: 2:14-17). He saith it is useless for any man to say he has faith whereas he is not doing any work to show for his faith, such faith, St. James said, is dead.

He gave an analogy of one who needed food and clothing and approached his fellow Christians for help.

Instead of giving him what he wanted, the Christians said, "Go in peace, be warned and fillled". St. James said such faith is useless. Faiith must be combined with practical. Christians work to produce the desired result.

St. James remarked that those who gave the belief in God without expressing action to justify their faith are not different from the devil because the devil also believes in God but does not do the work of God.

To support his points, he cited the case of Abraham and Rahab. Abraham, he said was justified by his work when he offered isaiac on the altar. In this instance, faith was by his work.

For this reason it was written, "Abraham believed God and it was reckoned to him as righteousness " and he was equally called the friend of God.

A man is justified by works and not by faith alone. In the same way, Rajab, the harlot, was justified by her work when she received and protected the messengers sent to spy Jericho.

James concluded by saying that just as the physical body without spirit is dead, so also faith without work is dead.

Content created and supplied by: Faithcontest (via Opera News )