Religious Matters: Signs of the end you can not ignore

By BABAOKUX (self media writer) | 17 days ago 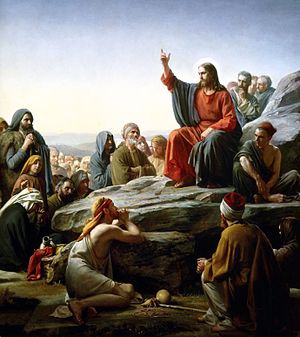 On the Mount of Olives, Jesus painted history in broad strokes as He responded to the questions of His disciples: " 'Tell us, when will these things be? And what will be the sign of your coming, and the end of the age? ' "(Mathew 24:3).

The second coming of Jesus was the great theme of the Apostles. It is estimated that one in every 25 verses of the New Testament speaks of this event. But Satan has sought to confuse people so that they will not be ready to meet Jesus. Before Jesus' first coming to Bethlehem, Satan was successful in confusing, the Jewish people by causing them to misapply the prophecies of His second coming to His first coming. As a result, few were ready to receive Him.

Jesus wanted to give His people throughout the ages a rough sketch of the Devine schedule for the end time so that those living at the end of time could be prepared for the ultimate event. He wanted us to rest confidently in His love even when everything around us is falling apart.

Jesus' famous sermon, recorded in Matthew 24, covers the uninterrupted, historical timeline from His days until the second coming and beyond. Jesus wants us to be prepared for this event, which preceded His second coming because Satan will do everything within His power to deceive if possible, the very elect (Matthew 24:24). 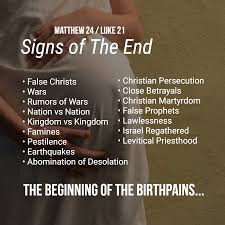 That is why He has given us signs to take note of, signs that will precede His second coming. What are these signs??

1 Religious deception: today we see different churches, each teaching different things. All claiming to be the mouthpiece of Christ. We have to be careful, Jesus warned that many will be deceived by these false Christs. (or teachers)

2 Wars and rumours of war: in world war 1 and 2 alone over 500 million lives were lost. And many more are still being killed every day in different wars all over the world.

3 Famine: hunger and starvation are on the rise. In Nigeria, today, eating a good meal twice a day is a problem. This is a clear sign that the coming of Jesus Christ is near. 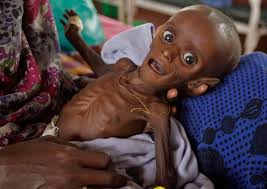 4 Pestilences: Today we hear of different types of diseases, not quite long the world was struck with HIV, Ebola and now Covid-19. All these are clear signs of Jesus soon coming.

5 earthquake: There has been a rise in the number of earthquakes the world has experienced since 2000-2021. This is a sign that the coming of Christ is new. 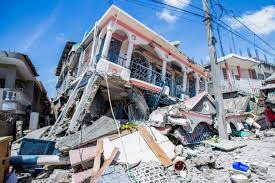 6 False Prophets: Jesus warned us that just before His coming that there will be false Prophets and we do not have any shortage of them today. We hear of all manner of prophecies today. We should be careful, it's the Devils ploy to deceive us. 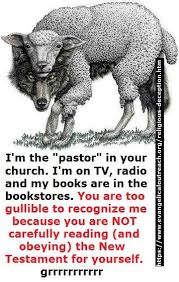 7 killing of sincere Christians: (Matthew 24:9)Jesus warned that Christians will be hated and killed. Today we hear of Christians being killed everywhere. In Northern Nigeria alone, According to International Christian Concern (ICC) "estimates between 50,000 and 70,000 Christians have been killed in the last decade in the West African nation, the most populous on the continent."

8 Gospel to the whole world: Jesus said the Gospel of the kingdom will be preached in all the world as a witness against them. The Gospel as it is recorded in the book of Revelation 14:6-11, calling all men to worship God by keeping His commandments including the fourth one, and avoid receiving the mark of the Beast

A careful look at the recent events will tell us that the coming of Jesus Christ is near, even at the door. Jesus warned that as it was in the days of Noah so also it will be in the days of the Son of Man. For men will be eating and drinking, marrying and giving in marriage until the floods came and took them away. ( Matthew 24:37) 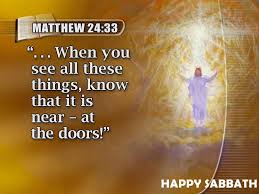 He who has an ear, let him/ her hear. The count down to earth final destruction is on.......are you ready.