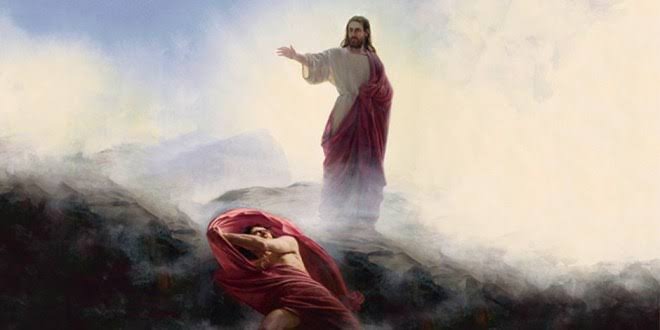 Many people cannot stand the sight of any devilish device because they are afraid of Demons. Out of all the creations of Almighty God, only human beings are created in his image, which places us above all other creatures. In fact, none of the angels in heaven is created in the image of God. What a privilege! The moment you realize how special you are to God; the moment you begin to know what you are capable of doing. Peter never knew he could walk on water until Jesus made him know what he was made of.

In other words, Demons are suppose to be scared of you (not the other way round). The disciples of Jesus would have done much more in the areas of casting out Demons, but they could not because they had little faith. It takes fear for a demon to overpower you. When a man brought his son who was possessed with Demon to the disciples of Jesus, he complained as they could not cast the demon out. The moment the related the event to Jesus; he said…

His statement revealed the disciples they had little faith. Fear is the opposite of faith. If you can take away your fear, you can then go ahead with the three ways of casting any demon out of anyone.

These are the three ways:

1. Casting out demon in the name of Jesus

2. Casting out demon with the word of God

I will start by explaining the third one, which is the highest level of casting out demon.

To rebuke is more or less to command demon. I will urge you never to command a demon if you don’t have the authority to do so. Jesus operated on this level in the Bible.

“And Jesus rebuked the demon, and it came out of him; and the child was cured from that very hour.”

In the above verse, Jesus didn’t pray or use the name of God. He simply commanded — rebuked — the demon to come out. Apart from his fasting and praying lifestyle, the authority he operated with allowed him to cast out any demon by mere rebuke. The Bible confirmed he was given all authority in Matthew 28:18 Nkjv:

“and Jesus came and spoke to them, saying, ‘all authority has been given to Me in heaven and on earth.”

At a point, he gave the 12 disciples authorities over all Demons in Luke 9:1 Nkv:

“Then He called His twelve disciples together and gave them power and authority over all demons, and to cure diseases.”

Even Judas Iscariot was among the people who received the authority. When they went out to preach, they came back with testimonies of how they casted out Demons.

Many deliverance ministers are operating at this level because Jesus gave them the authority. Paul, who was once a persecutor, operated at this level. As he was not part of the 12 apostles, he confirmed anyone can receive the authority.

If you need the authority, you will have to ask God in prayer.

Casting out demon using his name

This is the easiest of all the three proven methods. There was a particular event that shocked the disciples of Jesus. Read it below:

John told Jesus about the man who casted Demons in his name. The disciples of Jesus were surprised because the man was not a disciple of him. In other words, his name is enough to cast out any demon as long as the person believes the efficacy and power in the name of Jesus: A name that is above every other name. At the mention of his name, "every kneel" must bow.

Lastly, casting out demon with his word.

To cast out a demon with the word of God, you have to be a Bible addict. You must know the word of God back to back because the devil knows the word of God. During the temptation of Jesus, he quoted Psalm 91:11-12 in Matthew 4:6 Nkjv…

“and said to Him, ‘If You are the Son of God, throw Yourself down. For it is written: ‘He shall give His angels charge over you,’ and, ‘In their hands they shall bear you up, Lest you dash your foot against a stone.’”[b]

So, to cast out demon using the word of God, you have to be conversant with the word more than the devil. Here is an example of how Jesus used his own word to cast out Demons.

“When evening had come, they brought to Him many who were demon-possessed. And He cast out the spirits with a word, and healed all who were sick.”

No demon will ever stand your presence as you armed with this vital information.

If you are not following me on Opera News, you are missing out big on undiluted and spirit-filled Christian articles only.

#FixTheCountryGhana Is Trending Online, Check Out Photos Of The Placards Ghanaian Youths Displayed

Reactions After Kcee Shared This Photo On His Instagram Page