3 Bible accounts of events that I find confusing

The Bible is believed to be text inspired by God, and written many years ago at different times and locations.

Most Bible contents prove to be quite inspiring and motivating, making it the most popular literature in the world. But there are some Bible stories that are rather unclear to me, and to others too. Although most people simply overlook such passages.

The first one is the story of what happened after Adam and Eve disobeyed God and got driven out of the garden of Eden. They had two children, Cain and Abel, one of them, Cain killed his brother out of jealousy because his offering was accepted by God while that of Cain was rejected. That left them only three persons on the earth.

But we later see that Cain, pleaded with God to spare his life and stop people from killing him in the places he would wander to. Cain got married, had his children and grandchildren.

The question is, where did other people appear from? There was no mention of other people being created by God after he made Adam and brought Eve to life from his rib bone.

Where did Cain's wife come from, we were told that Adam had other children with Eve, so was this really the only family around at that time?

The second one is the story of God's punishment of Egyptians for refusing to set the Israelites free from captivity.

God through Moses performed a lot of miracles, water was turned into blood, there the swam of locust that destroyed crop, the killing of all first borne son's of Egyptians etc. In the midst of all these, you will find that after a particular action was taken, example, the killing of all live animals belonging to the Egyptians, Exodus 9: 1-7, here we are told that all the animals were killed, but when you read further to verses 13- 25 there was still mention of animals which were supposed to be all dead getting killed again, which begs the question of how that was possible? Since all the animals were dead, the hail storm couldn't have killed animals again, but it happened.

The third perplexing question is that of the account of the betrayal, arrest and crucifixion of our lord Jesus Christ.

The first three gospel books of Matthew, Mark and Luke gave a very similar account of the events leading up to the betrayal, arrest and crucifixion of Jesus, but not John.

The account in the gospel of John is so different it is hard to miss. We were told of the Peter using the sword, the soldiers who came to arrest Jesus falling and Jesus sticking back the piece of ear that Peter had cut off.

Why do we have such huge disparity between the two accounts? 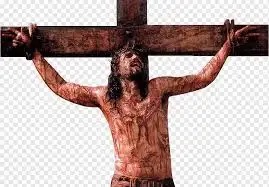 How can one event happen in two different ways?

These are some of the Bible portions I find challenging to piece together, what really happened then? Was it human error of putting down the stories, did some information get mixed up during translation or have some people simply twisted things in the Bible.

While the is no question that the Bible is inspired by a very strong God, there are portions of the Bible that do beg for clarity.