The Priesthood of Jesus Melchizedek and Orunmila

By Princeibk (self media writer) | 2 years ago 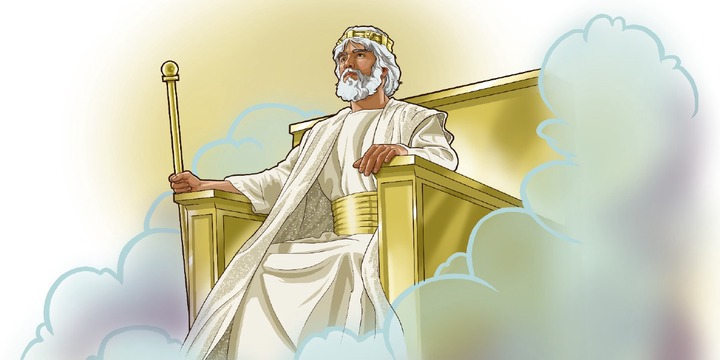 There’s a line from the Holy Bible that people at different times have used to reiterate their seniority over a newbie or someone who feels like they’ve gotten to a certain level with his superiors. That line was said by Jesus and it read thus:

‘Before Abraham, I was/Am’.

This line is said to be a testament to Jesus’ presence since the beginning of time and before it. Up until recently, I thought the same way, and I definitely have used that line a lot of times. I said, up until recently until I started reading up on Melchizedek.

Melchizedek is a man of many assumed identities, some believe he is Shem the son of Noah, some others believe he was a foreigner he came to Canaan, some others believe he is a man of no beginning and no end. The man Melchizedek was mentioned in three books in the Bible – Genesis, Psalms and Hebrews. Melchizedek has no record of having a family, he was both a King of Salem and a Priest of El Elyon ‘God Most High’.  Melchizedek was first mentioned in the Bible when Abraham offered him part of his booty from the war he won as tithe, we didn’t hear about him again until later in Psalms when he is referred to as the standard of the ‘Royal Priesthood’, remember he was a king and a Priest.

Melchizedek was again mentioned and spoken about in the book of Hebrews in the New Testament, this time longer than the other two times he was spoken of. In Hebrews, his priesthood is put in contrast with that of Aaron, Moses’ brother. Remember I said Melchizedek had no beginning and end or any family member recorded? Almost as if, he wasn’t even human? What if he wasn’t human? What if he was Jesus before Jesus became Jesus on earth? What if Jesus didn’t only come once? Think about it.

Melchizedek had no parents, he didn’t have any family members, he was a king and priest of ‘The God Most High’, his name means ‘King of righteousness’, his city Salem or Jebus in the region of Canaan later becomes known as Jerusalem, where David ruled and the Bible also describes the Order of Melchizedek as Royal and everlasting, linking him to Jesus – Using Melchizedek as a way of Solidifying Jesus’ Priesthood and Kingship. Stay with me now.

What made Abraham the father of christianity is his ability to recognise the Supreme God when he lived in Mesopotamia where people believed in various idols and smaller gods. In genesis, the bible speaks of Abraham returning from war where he rescued his brother Lot. He then meets Melchizedek a priest King for the first time and tithes to him and was blessed in the name of the most high God. This is widely believed by theologians to be a show of seniority. Abraham recognised Melchizedek as a direct priest of the most high God and the Priesthood of Melchizedek was born.

This Priesthood was senior to that of Moses, Aaron and the Levites. The bible shows clearly that even the Levites were required to tithe to the priest and the priests were the head of the temple. This priesthood disappeared when Jerusalem was attacked by the babylonians and the priests with enslaves leaving the Levites at the head of the temple. The resurrection of this Jesus marks the rebirth of the priesthood. That makes me ask who are these priest, what did they know and why cant we find anything about them.

Do you know what other figure in history (written and oral) bears similarities to Jesus of Nazareth? Orunmila! Orunmila is said to be the second in command to Olodumare, he witnessed creation and he’s the connector between man and divinity. It is also said that Orunmila was sent to be a guide to humans, helping navigate life – birth, death, living and destiny. He is the governing spiritual being, and he knows the origin of all things. Sounds familiar? Orunmila is also a part of a trinity, and he alone accepts who – man or woman, can be his priest.  ‘For I am the way, the truth and the life. No one cometh to the Father except through me’… There is so much more we don’t know, there is even so much we don’t want to know because of how our minds have been conditioned to think, feel and process!

I personally wish we would learn our history, maybe we’ll start to see how much of our belief system is similar to what was given to us, maybe we’ll realize that there was more than one way to Divinity. What if the Supreme God, was also delivering people of other parts of the world when he was delivering the Jews and the Gentiles through the Messiah? Is it possible Jesus was an Ifa priest? Have you ever thought about most creation stories are similar and how all religions predict and expect the end of the world as we know it?  What if the Messiah or connector to the Supreme God didn’t just come once for mankind in all of time?

Content created and supplied by: Princeibk (via Opera News )