By gistnodeyfinish (self media writer) | 19 days ago

They say God is everywhere, but not everyone has a strong enough connection to reach out to him. We live in a world full of worries, and many people are burdened and frustrated, so they must find a solution at any cost. From bareness to poverty and down to spiritual maladies, here are 5 sacred places where people go for help with their problems. 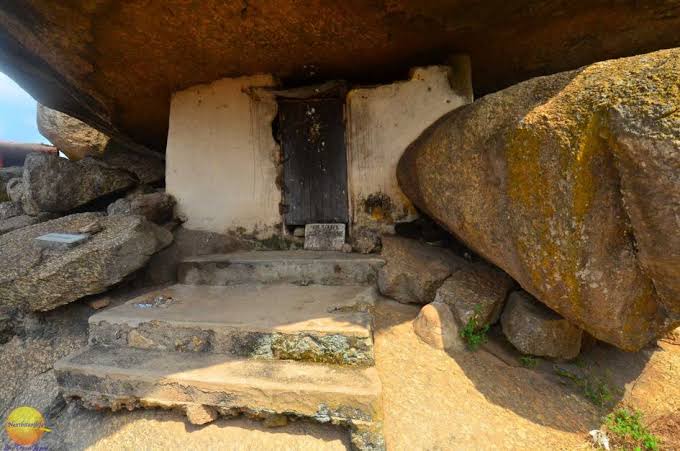 Olumo Rock is one of the tourist destinations in the West African country where some Egbaland indigenes hid during the 19th-century civil war. The rock served as a refuge for many of the survivors, who were said to have hidden in specific areas inside the caves located inside the rocks to avoid enemy attacks. 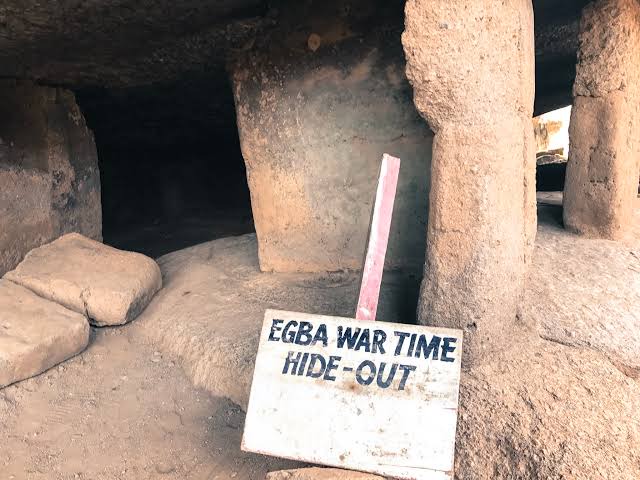 According to legend, "the god of the mountain has continued to protect his people over the years." The Egba people, who own the land on which the rock sits, claim that the rock provides them with everything they need. "You can have anything you want in life if you just ask," many people say. 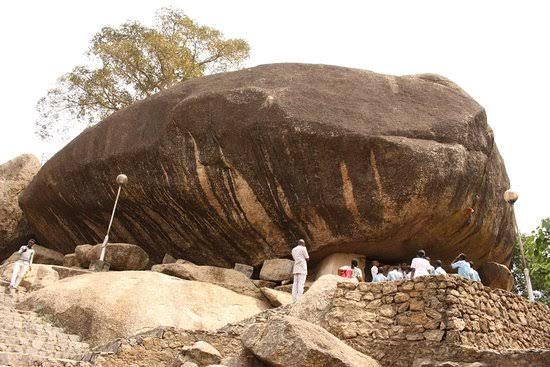 Even the massive foliage avoids muddying the water with dead leaves. Tiny sprouts of crystal clear water flow from the feet of the massive silk tree and other smaller ones. A small pond forms within the grove as a result of this tiny sprout of clean water. 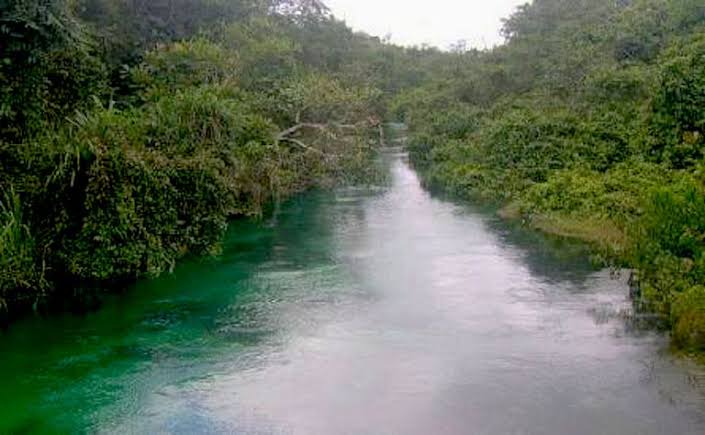 The water is crystal clear. Even the massive foliage avoids muddying the water with dead leaves. This is the source of the River Ehiope, a one-of-a-kind river that is said to be Africa's deepest inland waterway. 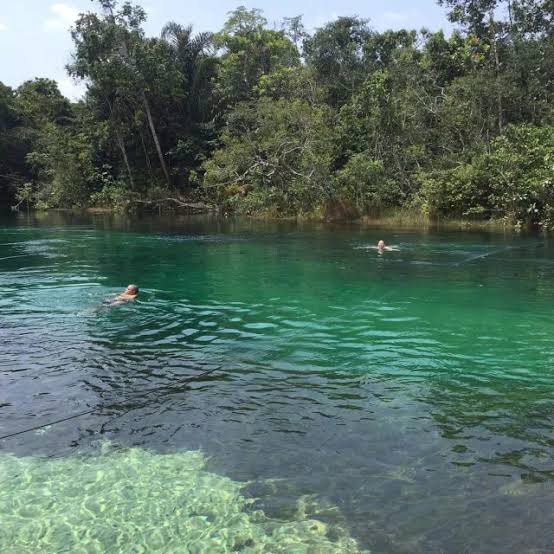 The claim of Umuaja Pond as a tourist destination is based on more than just the location's eco-tourism and cultural setting. It is the headwaters of one of Delta state's major rivers, which has played an important role in the region's history. 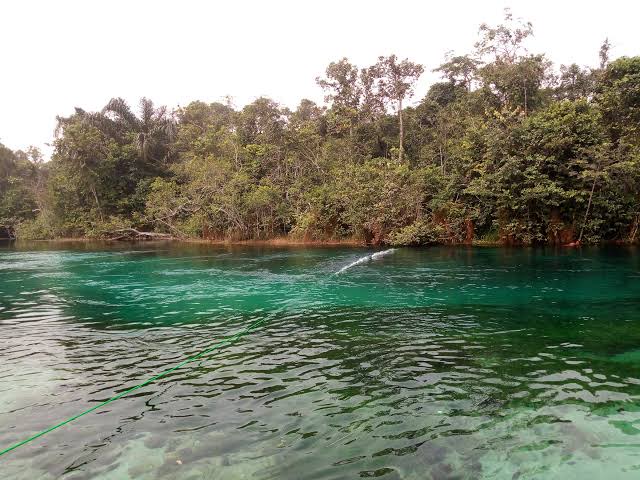 Aside from tourism, people come to Ethiopia to find answers to life's mysteries. There is a shrine at the head of the stream, and people travel long distances to meet with the chief priest. The waters of Ethiope are thought to have healing properties.

Okija made headlines years ago when the community that housed the forest was raided by the Nigerian police. Tafa Balogun was the Inspector General of Police at the time, and the town was unknown to many Nigerians before the raid. Even after the massive raid in 2004, the shrine is still open for business. 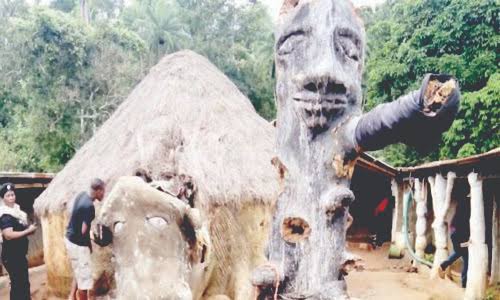 Okija, which is located in the Ihiala local government area of Anambra state, is said to have four shrines spread throughout the community. Okija was once a haven for power-hungry politicians. One is in the community centre, while the others are in the forest. 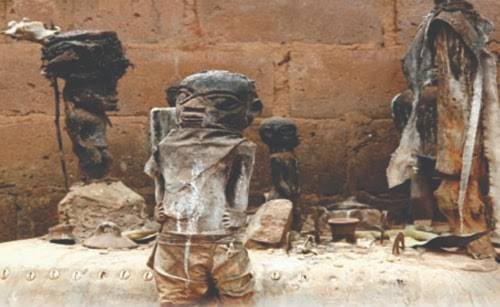 Ulasi, Ogwugwu-Akpu, Ogwugwu-Isiula, and Ogwugwu-Mili are among them. Ogwugwu-Mili is said to be the least known member of the Nigerian public of the four. 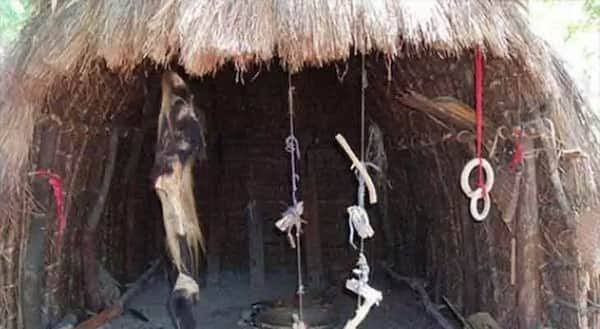 However, the Ulasi deity is widely regarded as the father of all Okija deities. Its shrine, known as Nkwor-Okija, is located in the town's market square. The other three deities are thought to have gotten their roots from the Ulasi, and as such, they are subject to it and thus do their bidding. People from all walks of life come to Okija to seek retribution for wrongs done to them.

The Idanre Hills is made up of spectacular valleys with a high plain that is interspersed with magnificent inselbergs that are about 3,000 feet above sea level. It was added to the tentative list of UNESCO World Heritage sites in 2007. 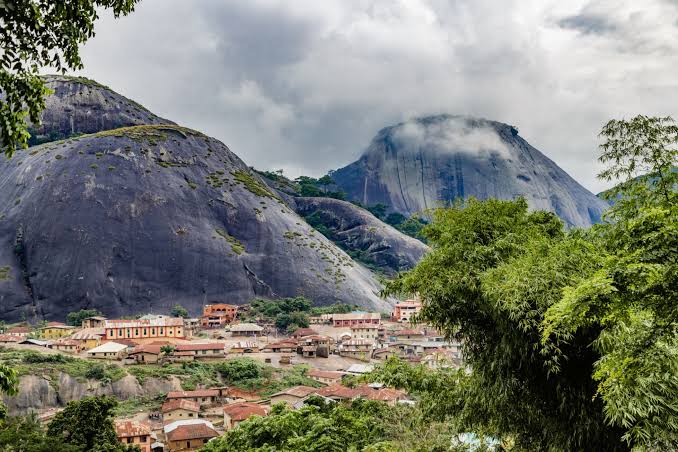 The old court, Owa's Palace, Agbooogun's footprint, shrines, burial grounds and mounds, and the Omi Aopara (thunder water) are all features. It is a tourist attraction centre that attracts thousands of visitors all year.

This sacred forest is located on the banks of the Oshun River, on the outskirts of Osogbo, the capital city, which is revered as the home of the fertility goddess Osun. Shrines, artworks, sculptures, and sanctuaries honouring the goddess and other local deities can be found along the river. It is thought to be the last of the Yoruba sacred forests to remain standing. 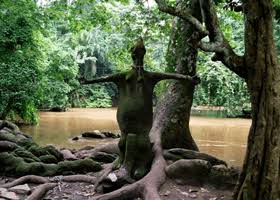 The dreaded Osun goddess, known as Yeye Osun, resides in the Osun/Osogbo grove, and the annual Osun/Osogbo festival is held there. Thousands of spectators, tourists, and Osun worshippers from all over the world attend this yearly festival. 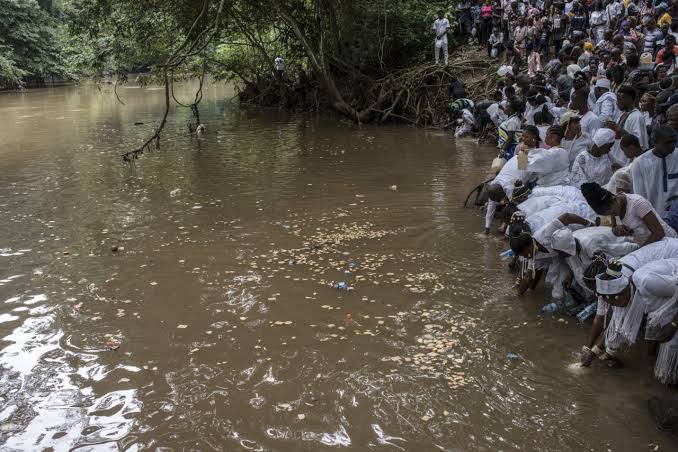 However, outside of the festival season, there is a shrine to which many people still come to seek solutions to their problems. The Osun goddess is also known for being a mother of many children, as depicted by the "Osun Olomoyoyo" image inside the shrine.

Many barren women are said to have visited the river goddess to have her help with childbearing, with several promises made to bring something back for the deity. While many of them remembered to keep their promises, others forgot while travelling and were dealt with by the Yeye Osun.

The Ibini Ukpabi was an oracle of the Aro Confederacy in what is now southeastern Nigeria. The British referred to it as the 'Long Ju-ju.' Ibini Ukpabi was used to settle cases, especially those involving murder, witchcraft, poisoning, and family feuds. 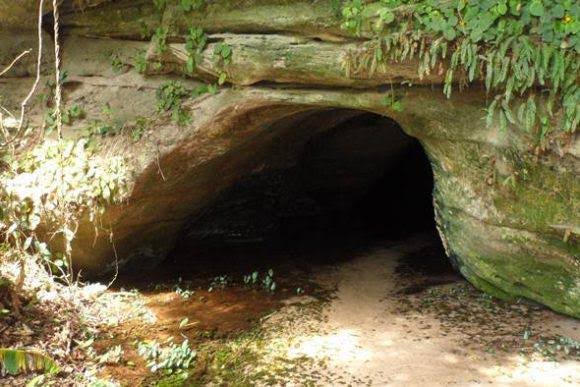 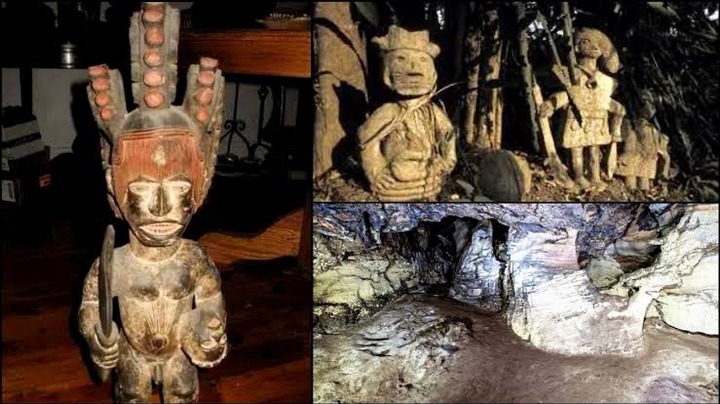 As the system evolved, it was claimed that the priests of Ibini Ukpabi falsified some of the oracle's verdicts to sell victims into slavery. Hundreds of people visited Ibini Ukpabi, and many of them did not return; their communities usually believed that the oracle devoured anyone who came there.