Check the story of Prophet Daniel who was torn apart by lions at U.I. Zoon in 1991

However, on a particularly fateful day during the Easter season of the year 1991, tourists and visitors gathered at the U.I zoo, as usual, to catch fun and enjoy the holiday. They stormed the garden to enjoy the calm environment of the enclosed animals and have fun seeing various animals they have only seen on TVs.

Tens of people at the zoo were there to have a nice time watching the animals and taking snapshots. However, a particular man came for a different mission. A bold and attractive prophet by the name of Daniel Abodurin was also there to perform miracles and do what Daniel did in the Bible. He wanted to prove to the people the ‘miracle of God of Daniel‘ by stepping into the lions’ den to caress them as Daniel did in the Bible without getting injured. Prophet Daniel's ambition was to recreate the biblical story of a young man named Daniel who was thrown, out of envy, into the lions' den so that he could be killed by those lions.

According to the biblical story, God sent down some angels to close the mouths of all the lions and Daniel came out unhurt.

The determined, bold prophet allegedly walked up to some personal and staff of the zoo and requested for gaining entry into the lions’ cage. The people thought the prophet was insane, so they did not listen to his pleading. He went back to make the request once again, still, Daniel was turned down. But after much persuasion and disturbance, as he insisted he wanted to enter the cage, the prophet’s crazy wish was granted. 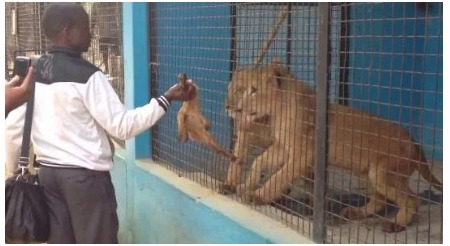 Another story had it that Prophet Daniel quietly crawled into the lions’ cage. But to cut the long story short, the prophet eventually found his way into the lions' cage.

Prophet Abodurin was clothed in a red robe and under his right armpit was a big Bible. All the people who were present at the scene could not believe what their eyes were seeing. They move closer to watch the drama, and to be sure they were not dreaming. After they realized they were not dreaming, they prepared their mind for the worst outcome. 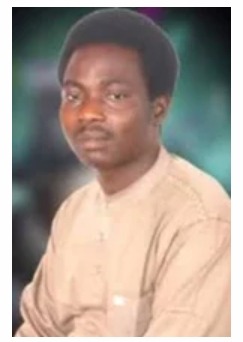 As prophet Daniel entered the cage, he started reciting some Bible verses and speaking in tongues, and calling the ‘God of Daniel’ to perform miracles. At first, the lions fled from him, clinching to a corner of their cage. Unknown to the black Daniel, retreating or fleeing is the first thing lions do when they see something strange in their territory before they think of how to get rid of it.

He then moved closer to the lions and kept quoting bible verses. Then, suddenly, in a moment, the lions jumped on the prophet, who had become confused and horrified. Within a few seconds, he was torn into pieces and consumed. Daniel's remains were then collected from the zoo garden staff and later buried.

What is the lesson to learn from the story? Do not try to tempt God. What is your own opinion about it?