Do not be deceived, Understand The reason and purpose of Tithe. 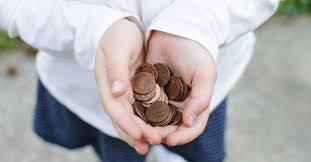 For us to understand the ministry of Jesus, we need to go back to Genesis chapter 1 and 2. Because basically, Jesus came to restore the lost relationship between man and God.

One of the confusing controversial issue in Christianity today is the issue of tithe. We have taken it too far to an extent some who is still struggling to meet their daily needs decided to stay at home to avoid being embarrassed. Some count it as a great sin for not paying it. Let's start by going back to Genesis.

1. Creation of man, purpose and law giving to them.

And God said let us create man in our image, after our likeness, and let them have Dominion over the fish of the sea, and over the fowl of the air, and over the cattle, and over all the earth,and over every creeping things that creep upon the earth. Genesis 1:26.

From the above, we can say that man is god on Earth, because God does not create the earth for himself but for man. God said the man will dominate, rule and control the earth. Here, God does not request anything from man he created but only want him to dominate the earth.

In verse 28 of the same chapter, the purpose of man is now clear.

And God blessed them, and God said unto them. Be fruitful, and multiply and replenish the earth, and subdue it, and have Dominion over the fish of the sea .... Genesis 1:28

To be fruitful ( being productive), multiply ( increase in number), replenish ( to fill up), subdue ( bring under control)

Now, here comes the only law giving to man.

And the Lord God commanded the man, saying, of every tree of the garden thou may freely eat. But of the tree of the knowledge of good and evil, thou shall not eat of it. For in the day thou eat thereof thou shall surely die.

The only law God gave man is simply obedient. In the beginning there was garden of fruits, animals, birds, fish o the sea. But God did not request for any first fruits or anything what God request is a simple obedient. This shows that tithe was not from the beginning and it was not part of things Jesus came to restore.

2. Now how did tithe beginning and what was its purpose.

After man disobeyed God, they were sent out of the garden of Eden and man lost communication with God but God still love them. God now use a different approach to restore man back to himself by selecting one man as his mouthpiece through which he can communicate with man. Since God design the earth for man alone and He has given all power to him to rule. He is too powerful to come down to earth that is why Priest and the Levites was introduced.

The priest is a mediator between man and God. He act as an ambassador, a choose vessel through whom God has chosen to serve the people and represent him, on His behalf. He priest and the levites (the levite who sing psalm during Temple services, maintaining the temple, serving as guard and perform other service too) don't work nor have earthly inheritance among men, their job is to be in the present of God at all time. Now for people like that who don't work, no have any inheritance, what would they now be eating? That is why God constitutes a law to meet the priest and the levite needs.

1. Is an inheritance of Levites You should tell the Levites. 'You will receive from the Israelites the tenth part that I have given to you from them for your inheritance, and you should contribute from it tenth part of the tenth part as a contribution to the Lord. numbers 18:26.

Since the levite don't have any inheritance among men. The tithe is only what God gave them as inheritance. And may I tell you that it is not our business to know what they use their tithe for, either they invest it, or build mansion with it. Because it is there inheritance.

2. The tithe is not for Levites alone but also for the strangers, fatherless and widows. 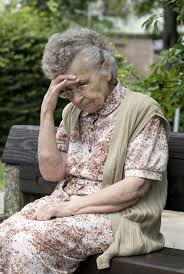 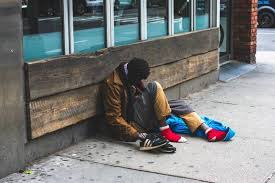 When thou hast made an end of tithing all he tithes of thine increase the third year, which is the year of tithing, and hast given it unto the levite, the stranger, the fatherless. And the widow, that they may eat within thy Gates and be filled. Then thou shalt say before the Lord thy God, I have brought away hallowed things out of mine house, and also have given them unto the levite, and unto stranger, to the fatherless and to the widow, according to all thy commandments which thou hast commanded me. I have not transgress your commandments, neither have I forgotten them. Deuteronomy 26:12, 13.

This verse was directed to all tithe payers. If you decide this month that you will take your tithe to a motherless home or to a widow or to a stranger you are still doing the right thing. And if you take it to your church, still the same. This means Tithe is not suppose to be paid to church alone. that is why Jesus said in the book of Mathew 23:23

'Woe unto you, scribed and Pharisees, hypocrites! For ye pay tithe of mint and abide and Cummins, and have omitted the weightier matters of the law, judgement, mercy and faith these ought to to have done and not to leave the other undone'

You see Jesus said judgment, mercy and faith is the weightier. You pay tithe every week, or month to church yet you neighbors suffer to eat once a day. You pay you tithe to your monthly and yet that old woman beside your house had to fetch firewood to sell before she can eat. You pay tithe to your church every month yet you see that young lady being maltreated as a maid and you overlook it. you are one of the people Jesus is talking about. If your parent don't call you for money you don't remember them and include them in your budget, yet you pay Tithe to your church every month. You have a young man in your family who just finish serving and you know you tithe for three month can turn things around for him but you neglect him. You have neglected the weightier things.

Some only pay tithe to their pastor because of the pastors blessing, is it pastor that blesses or God. If you do the right thing God will bless you.

Although you following me, sharing my article and sending your comments will help me a lot but I can't be telling you that you are cursed if you don't do that. if you don't share this, you will see another article of mine or others you will share, in as much as you share any article of your choice. You are doing well. In the same way. Any pastor who said you are cursed for not bringing or paying tithe to church is selfish. It is compulsory to pay tithe as a believer but not to church only. And when you do he right things according to the leading of the holy spirit in payment of your tithe be it to church, widow, motherless homes or to help someone in need of help. Go will bless you.

Content created and supplied by: Kingdom01 (via Opera News )