The Divinity of Emperor Haile selassie ;fact or fiction

By Ifidbadguy (self media writer) | 2 years ago 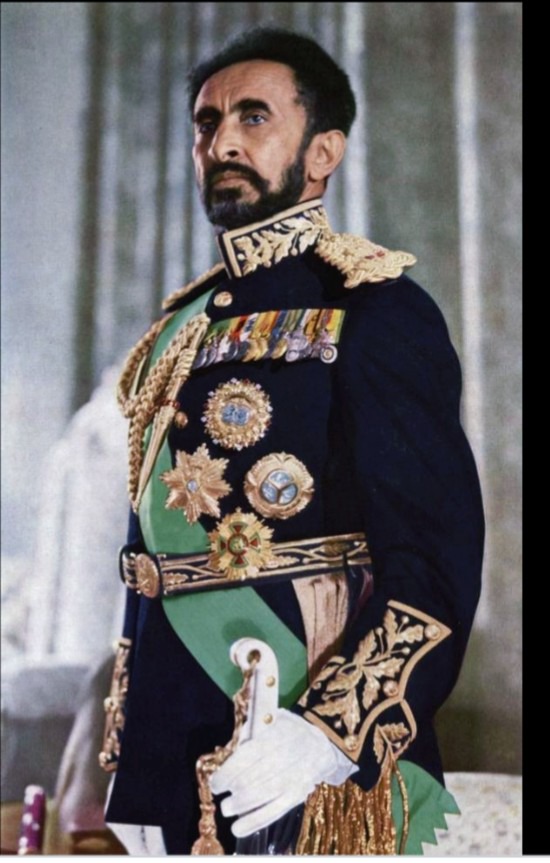 Blue blood has always been perceived as divine, the Kings of old were worshiped by their subject because they were believed to be God's representative on Earth, many were even believed to be sons of gods or even gods, the pharoh dynasty of Egypt, Benin and the Biblical Davidic dystasy, A Great King of Ethopia was not left out in this belief.

The Emperors of Ethopia who ruled for thousands of years were believed to have descended from the lineage of Solomon,their great ancestor Menelik 1 the first Emperor of Ethopia was believed to be the son of King Solomon and the queen of Sheba, legend says the queen of Sheba was tricked into sleeping with king Solomon on her visit to isreal, thereafter he was raised in Ethopia and was anionted by his father to become the first Emperor of Ethopia.

Thousands of years his ancestor Emperor Haile salassie who ruled over Ethopia between 1930-1975, was believed by many to be the Messiah or the reincarnation of Jesus Christ, this belief formed a religious movement in Jamaica called the "Rastafari movement" in which popular artist Bob Marley and his wife were strong believers.

in the 1930s, the Rastafari movement perceives Haile Selassie as a messianic figure who will lead a future golden age of eternal peace, righteousness, and prosperity,the movement which followers span between 700,000 to one million according to wikipedia.

"Ethiopia shall soon stretch out her hands unto God".— Psalms 68:31

Haile salassie had numerous titles similar to that of Christ including king of kings of Ethopia,the root of David, Lord's of Lord's, conquering lion of judah, and Elect of God, in addition to his royal lineage to the dynasty of David and Solomon, he was perceived by the Rastafari confirmation of the return of the messiah in the prophetic Book of Revelation in the New Testament;

Rev.5:5 Then one of the elders said to me, "Do not weep! See, the Lion of the tribe of Judah, the Root of David, has triumphed. He is able to open the scroll and its seven seals.

After news of his coronation reached Jamaica, Jamaican government sent a delegation composed of both Rastafari and non-Rastafari leaders to Ethiopia to discuss the matter of repatriation, among other issues, with the emperor. He reportedly told the Rastafari delegation (which included Mortimer Planno),

"Tell the Brethren to be not dismayed, I personally will give my assistance in the matter of repatriation."

Haile Selassie visited Jamaica on 21 April 1966, and was greeted by thousands of Rastafari,the event which is known by the Rastafari as "Grounation day" their second holiest holiday after November 2 which is the Emperors coronation day, he met with the Rastafari elders, where he reportedly told them that they should not emigrate to Ethiopia until they had first liberated the people of Jamaica. This dictum came to be known as "liberation before repatriation".

He never rebuked them for their beliefs in him as the returned Jesus, Instead he presented the movement's faithful elders with gold medallions—the only recipients of such an honor on this visit, During PNP leader (later Jamaican Prime Minister) Michael Manley's visit to Ethiopia in October 1969, the emperor allegedly still recalled his 1966 reception with amazement, and stated that he felt that he had to be respectful of their beliefs, This was the visit when Manley received the Rod of Correction or Rod of Joshua as a present from the emperor, which is thought to have helped him to win the 1972 election in Jamaica.

Rita Marley wife of popular artist Bob Marley claimed in her book "No woman no cry", that she saw a stigmata print on the hand of Haile Selassie which resembled that of Christ hands been nailed on the cross, a claim that was not supported by other sources but was was used as a sign to her and other Rastafari, she was also influential in the conversation of Bob Marley, who in honour released a song popularly known as "Iron lion Zion".

In 1967 Haile Selassie denied his alleged Divinity in an interview with CBC,

Bill McNeil says: "there are millions of Christians throughout the world, your Imperial Majesty, who regard you as the reincarnation of Jesus Christ." Selassie replied in his native language:

"I have heard of that idea. I also met certain Rastafarians. I told them clearly that I am a man, that I am mortal, and that I will be replaced by the oncoming generation, and that they should never make a mistake in assuming or pretending that a human being is emanated from a deity".

Despite his denial the belief continued to grow, some even believed Haile Selassie would never die, the 1974 coup d'etat and assassination of Emperor salassie destroyed many beliefs,some practitioners left the movement others remained, many argued he was not really dead as no body was found,

in reality, Haile Selassie's body had been buried beneath a toilet in his palace, remaining undiscovered there until 1992. Another perspective within Rastafari acknowledged that Haile Selassie's body had perished, but claimed that his inner essence survived as a spiritual force, A third response within the Rastafari community was that Selassie's death was inconsequential as he had only been a "personification" of Jah rather than Jah himself.

God himself is perceived as a king so it isn't a surprise that man has learnt to personified Great kings with the attributes of gods, many kings of old were worshiped as gods, The pharohs of Egypt, Nebuchadnezzar of Babylon, Alexander the Great, were thought divine yet they all died like men, The Divinity of Haile Selassie fact or fiction, I would say fiction what do you think?