Meet the first ever British Man to accept Islam

By UtomobongFrydey (self meida writer) | 1 months 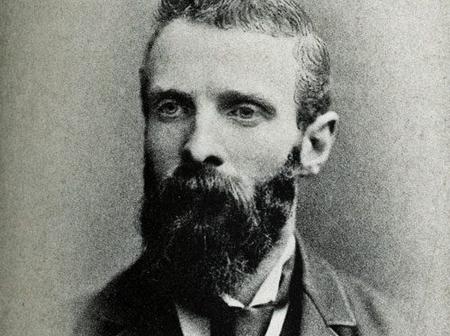 Today, I'd like to tell you about a man who was the first English native to convert to Islam. Yes, he was the man who converted to Islam and founded the first Mosque and Islamic Society in Liverpool, England, in 1889. William Henry Quilliam, later known as Abdullah Quilliam, was a prominent English solicitor and the son of a Methodist preacher who converted to Islam in 1887 while on a trip to Morocco to recover from an illness. On his journey, he came across a group of Hajis who were on a pilgrimage and was struck by their calm demeanor and the way they prayed. He became a Muslim after a fellow Muslim demonstrated to him that Islam is a continuation of Judaism and Christianity's previous religions. It seemed clear to him at the time. He was cured of both physical and mental disorders. Muslims are said to make up 5% of the population and face a lot of prejudice. What if I told you that you are the only Muslim in the United Kingdom? Could you see yourself in that situation? You will believe that you should relocate to a Muslim-majority country. And, due to safety concerns, there's a good chance you'll be able to keep your Muslim identity hidden while staying secure. When he returned to England, he decided to preach Islam and welcome people to a better way of life. His entire life was dedicated to the advancement of his new faith. Because of his tireless efforts, he converted 200 locals and 600 people in the United Kingdom, and he started traveling around the world to debunk misconceptions about Islam.

Islam is the second-largest religion in the United Kingdom, after Christianity, with a population of 3,893,955 people, or 6% of the total population, according to the 2020 census. It's on the rise, along with Islamophobia and hate crimes against Muslims. He also founded a boys' boarding school and a girls' day school, as well as an orphanage for non-Muslim parents who were unable to care for their children and who wanted to raise their children as Muslims. In 1889, he published 'The Faith of Islam,' a book written specifically for the Daw'ah work. In the novel, he depicted Islam in a rational manner that appealed to Victorian Britain's scientific consciousness. The book was translated into thirteen languages and published in three editions, and it was so popular that Queen Victoria had it printed for herself and her grandchildren. He published "Islamic World," a monthly publication with a global audience. Several notable people converted to Islam as a result of Quilliam's preaching.

Cover of The Islamic World,

Do you think it was easy to spread Islam in a Christian-dominated world when British Christian missionaries were at their best, converting millions of people to Christianity in various British colonies? It was a difficult task. He was constantly confronted with opposition. People started attacking him after being incited by the media and priests, throwing pig-heads, razor wires, and stones at him, but he remained firm against all the crimes committed against him.

In one of his writings, he claimed that he was the first Muslim to appear in front of the media, urging young people to engage in active media engagement and speak up for their rights. He will write to Queen Victoria to inform her of his concerns. He was a responsible and knowledgeable person who never held back his views. Because of his achievements, the last Ottoman emperor, Sultan Abdul Hamid II, appointed him Sheikh-ul-Islam of the British Isles, and the Shah of Persia, the Emir of Afghanistan, recognized him as the leader of British Muslims. This man is a great inspiration for young people in the United Kingdom, Europe, and the Americas, particularly now that Muslims are being targeted for hate crimes and Islamophobia is on the rise. Islam's and the Churches' foes have suffered many defeats. As previously mentioned, they tried to stop him and his Dawa'h work on multiple occasions using a variety of methods. They even attempted to assassinate him. But, as was to be expected, Allah's faith triumphed. He was not only a prophet, but also a true saint who spread the divine message across the island that ruled the world at the time, and for which it was said, "The sun never sets in the British Empire."

May Allah have mercy on this noble soul and grant him a higher station in Jannah, as well as make us strong enough to stand up to the atrocities as Abdullah Quilliam did.

Do These 5 Things To Make Ramadan Easier For Your Body

Enemies Of The North Are After Isa Pantami, Says Northern Group.

President Deby of Chad to be buried today