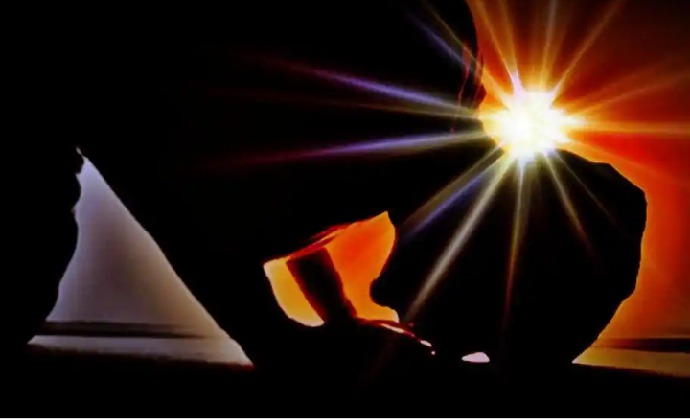 The religion of Islam has determined the deadline for the performance of the morning prayer (subh) at the time of sunrise. In this case, it is compulsory for a believer to get up before the sunrise to perform the "fard" morning prayer for his Lord.

Prayer performed when the sun has already rises is invalid. The Prophet (pbuh) mentions this issue severally, which has a very important place in the religion of Islam. As a matter of fact, there are so many issues rejected by the religion which were expressed to be "makruh" or haram by being connected to the devel (Satan). There are many several examples of this method in the holy Quran like the verse prohibiting gambling , alcoholic drinks and idols. (al-Maida, 5/90-93)

According to what Ahmad b. Hanbal narrates from Bazzar and what Tabarani narrates from Samura b. Jundub, the messenger of Allah (pbuh) said,

In another narration, The Messenger of Allah (pbuh) ordered us to perform our prayers any time of the day and night but warned us to avoid performing prayers when ever the sun rose and set. The prophet stated the following to explain the reason: "Satan sets and rises with sun when the sun sets and rises with it.” (Haythami, Majmauz-Zawaid, 2/256) 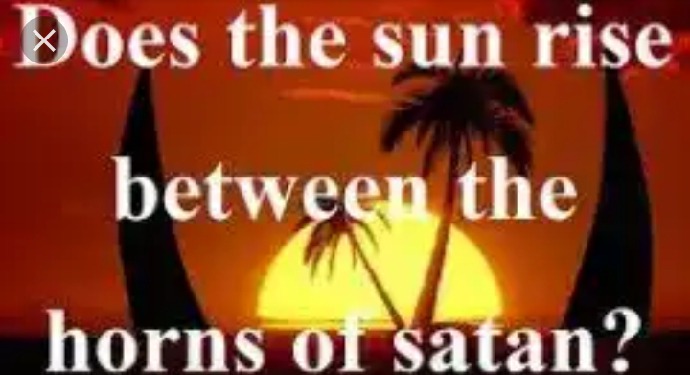 Acording to Ibn Hajar who makes the following explanation relating to the phrase "the two horns of the devil (Satan) mentioned in the above hadith:

The two horns of the devil in simple terms means the two sides of his head. The following is stated:

Thus, rising of the sun between the two horns of the devil is according to a person who watches the sun directly when it rises. If he watched the sun, he would see the devil standing before the sun."

It is stated in the explanation of Ibn Hajar, Ibnul-Athir uses the word “qila” which was stated and explains that the sub-meanings of the word were considered: The word "qarn (horn)" in Arabic also means power/strength. That is, whenever the sun rises, the devil (satan) takes action, attacks and gets position inorder to help the sun.''

Ibnul-Athir also attracts some attentions to the fact that the phrase "two horns" as mentioned in the hadith is also understood as two eras.

The following is also stated: "Between two eras simply means ‘two ummahs from the previous and future ones’. There is a simile for those who prostrate before the sun when it rises: It basically looks as if Satan organized this heresy. When a sun-worshipper prostrates before the sun, it is as if Satan is next to the sun.''

In this case, there is no need of resorting to some cosmographical and material interpretations, which Ibn Hajar mentions and rejects relating to the hadith.

If we consider the aspect of the prayers the hypocrites perform hastily, it is possible that we understand the statement as follows:

delaying the morning obligation prayer, to get up before the sun rises and performing it hastily, or delaying the afternoon prayer and trying to perform it hastily when the sun is about to set, is like performing prayers on the shoulders of devel (Satan) metaphorically. Thus, the sun’s rising and setting between the horns of Satan is to indicate its sly suggestions at those period.

Dear brothers/sisters, in the cause of making this research, I found out that scholars have interpreted this hadith in two ways:

According to those who interpreted it in its metaphorical sense, the expressions in the above hadith mean that the domination of devel (Satan) over people is at the peak at those times. Satan makes some people to delay their morning and afternoon prayers, which are the most virtuous prayers, and also make them perform those prayers hastily , which indicates his peak in terms of deceiving people. (also see Nawawi, al-Minhaj/Sharhu Sahihi Muslim, 5/123-124)

According to those who interpret it in its literal sense, the unbelievers normally worship the sun when it rises and sets. At those times, the devil tries to rise up to the level of the sun with its horns and imagines (also makes his followers to imagine) that people prostrate before him also.

The aim of this hadith is clear: To enable the believers to get up early to perform their obligatary sallat, and also to gain the consciousness of time. And also, the habit of doing things based on plan and on time, to act based on time, discipline one's selve and also to make us understand that doing things after their prescribed times will not be of any good; "it is possible to list, see and show many more benefits and uses of it in terms of the individuals and the community, health and economy, related to the world and the hereafter". (Prof. Dr. İbrahim Canan, Kütüb-i Sitte Şerhi)

May Almighty Allah guide us. Amen 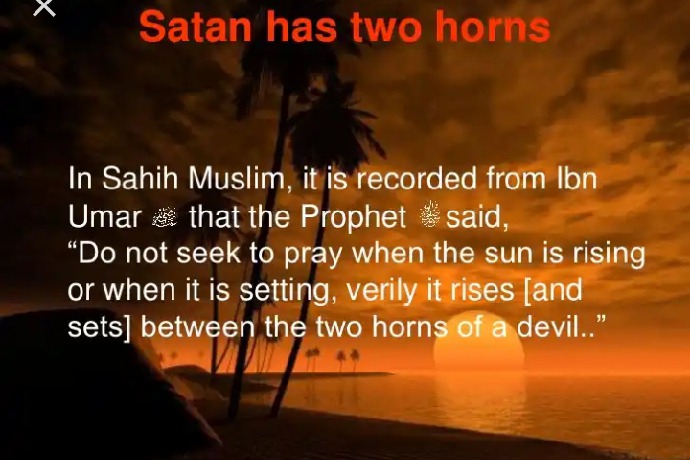