Raw faith series: In search of an answer.

By Dammeen (self media writer) | 1 year ago

RAW FAITH SERIES: IN SEARCH OF AN ANSWER

Africa First Apostle, Ayo Babalola was caught up into heaven in 1939, he saw as God gave gift to nations and continent.

He was waiting for Africa turn but it didn't come, he started crying and begging God to give us innovation or industry or art as He did to other continents.

God told him, Africa have already gotten her own gift, there was deafening silence in the whole of heaven.

God said, the only gift for Africa is prayer, if she will pray, she will get all that all other names has been given.

God told him that the nation of the world will come to Africa to know God despite their advantage over her and through this her glory shall come forth like a baby and in time she shall grow into a might tree.

Babalola spent 21days praying and rolling on the 7th mountain in Ido Ajina after that event.

One of those night, the Lord appeared to him, He asked him if he was hungry, he said NO, that he wants Him to have mercy on Africa.

The Lord told him, teach others to pray like you, that's all Africa needs to be enlarged.

The Lord gave him water to drink and told him to ask for what he needed, he said, he wants Jesus to make Africa his bride.

Jesus told him, HIS LIVING PRESENCE SHALL LIVE IN AFRICA, fire like the hand of a man came out of His mouth, He said till He returns this fire shall not be extinguish in Africa.

The Lord left him, few days later the people traced him to the mountain, some thought he had died since there was no sign of life.

They got powerful hunters to help them navigate through the thick Bush but as they approached where he was they saw a tall man guarding the place.

The man told them where they would find him but on their return they didn't see him. Your guess is as good as mine, he was an angel.

Sixty one years after his death, the whole of Nigeria have returned to the answer we have neglected.

The Lord have been giving me some deep insight into the spiritual atmosphere since the first week of the lockdown, some of which I kept on sharing here.

The season of alignment is here, wall of denomination being broken down, pure worship and focus being birth.

The great awaken is about two years away, get ready, faith says YES TO GOD ALWAYS.

If thou can believe, nothing shall be impossible for you.

In all thy getting, GET FAITH. 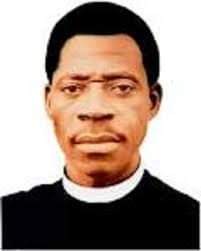 Content created and supplied by: Dammeen (via Opera News )