Korede, The Only Christian Girl In My School Wore Her Beret While We All Wore Our Hijabs- Lady Says

Mixed reactions continue to trail the chaotic situation that broke out at the Baptist Secondary School, Surulere and ECWA School, Oja Iya both in the same metropolis of Kwara State, leaving at least five casualties.

It was reported that some officials at the Baptist Secondary School, a government funded school refused the Muslim schoolgirls wearing hijab to pass the gate, claiming that the school was a Christian School, simply because the Kwara State govt which took over the ownership of these schools allowed them to retain the names of its founding organizations to acknowledge their contributions to education. And permitted the use of hijab in all the public schools in the state for Muslim schoolgirls who wish to wear hijab.

But it appears that the government's position on the use of hijabs didn't settle down well with many Christians in the State. Despite the government's directives, some Christian in Kwara after the morning clashes still organized a protest. 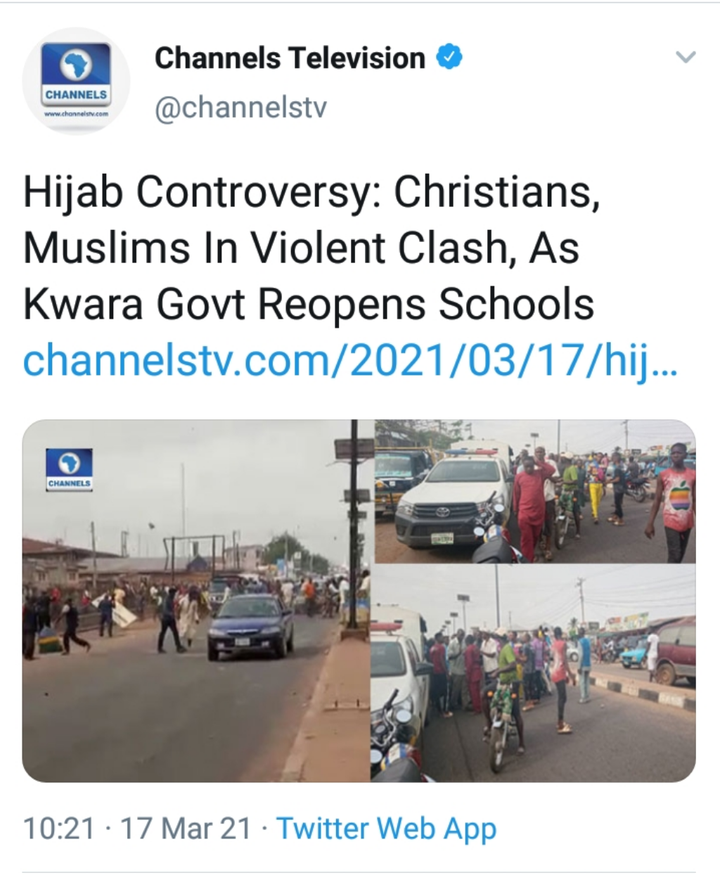 On the other hand, the Muslims in the state have accused Christians of forcing Christianity on these Muslim schoolgirls.

Meanwhile, the government's position on the use of hijabs in public schools in the State hasn't changed. This has made it a topic that people now deliberate over on social media. And I have read so many contributions to whether to use hijab in public schools or not? But the tweet from @aisha_bisola will silent so many mouths. According to her: Korede, the only Christian girl in her school wore her beret, while the rest of them that were all Muslims wore their hijabs.

Read here: “I attended Muslim Model Secondary School between 2009 and 2011 and Korede the only Christian girl in my school wore beret while we all wore our hijabs.” 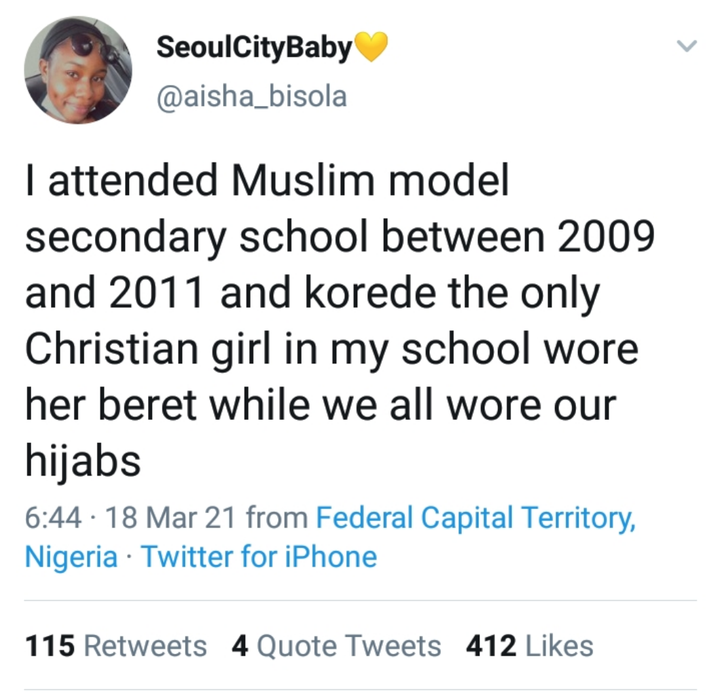 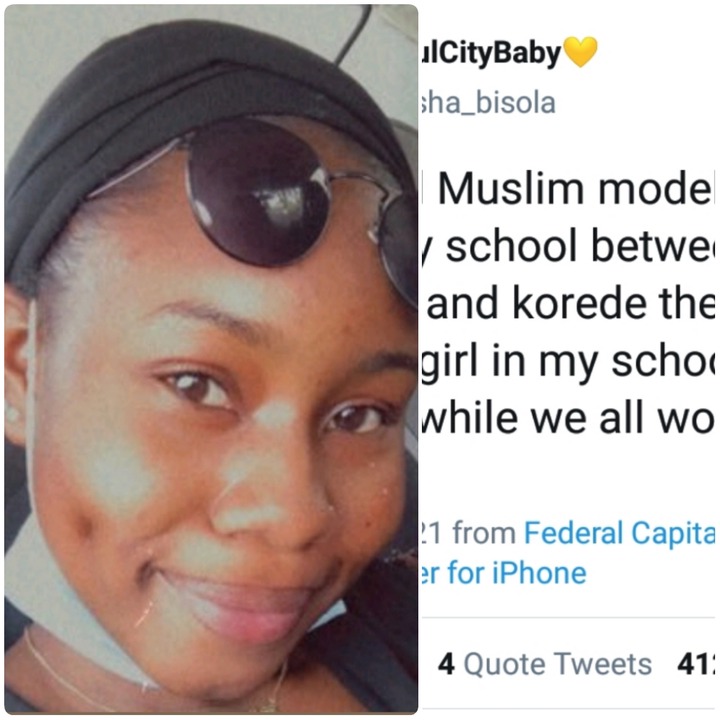 This is to say that there's nothing wrong with Muslim schoolgirls wearing hijabs in public and private schools.